Why Is It So Difficult To Get Ambedkar’s Books?

His thoughts and writings, which were ahead of their time, are finding their way to reach out through technology. How apt. 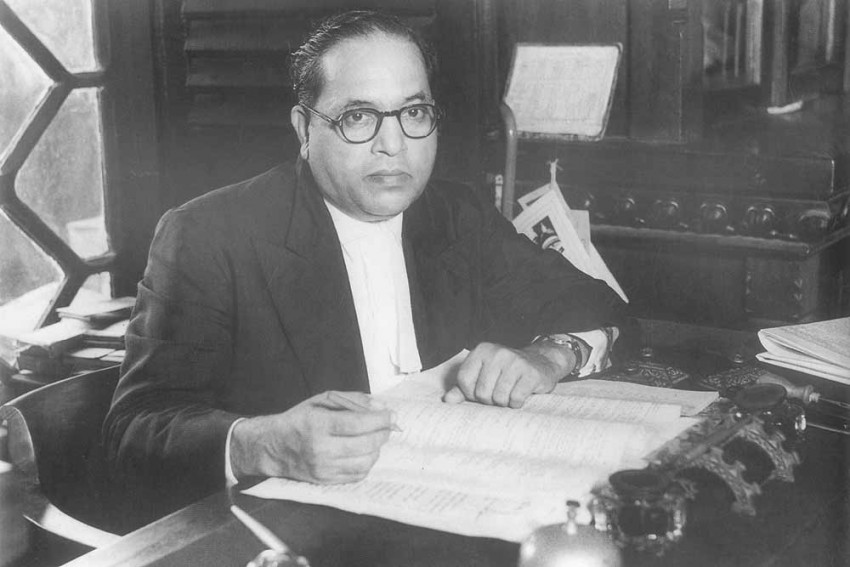 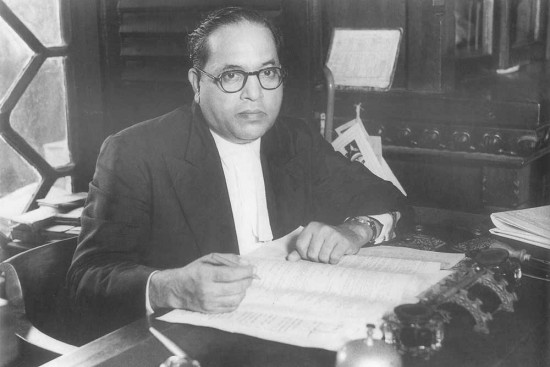 Three days later, RPI (A) brings the Samata Rath (on the lines of Advani’s Rath Yatra perhaps) to Chaityabhoomi and party workers, followers make way to the iconic Chaityabhoomi by the Arabian Sea at Dadar. The punishing humidity at the Bhavan or the sweltering sun at Chaityabhoomi does not deter them from listening to the speeches, having conversations and picking up memorabilia from events. It is here that the absence of books written by Dr. Babasaheb Ambedkar is sorely felt.

Switch to the Government Publication Sales Depot on Marine Drive, another tryst with the sea. A notice board tersely informs that no books (by any author whatsoever) are available for sales because of stock checking procedures till April 25. That is only 11 days after 125th birth anniversary of Dr Ambedkar is celebrated. When pursued with enquiries, the helpful administrative staff draws up a list of the editions that will be available, perhaps earlier than 25th taking into account the significance of the day and the demand for it. Out of 22 volumes, volume number 2,3,9,10,11,12, 15, 16, 17, 18 and 21 are in stock and might just be made available for sales at this depot and four other centres in the state. Volume 21 is a lovely book of his letters produced in his handwriting. Volume 22, which is the latest book to be published in 2012, is a photo biography of Dr. Ambedkar, but out of print. People trickle in to buy life size photos of Dr.Ambedkar and Shivaji Maharaj alike.

“Our children are studying now and are curious about Ambedkar’s writings. They want to read the books in original but most of them are not available,” says Raosaheb Kedare who runs a book stall at Chaityabhoomi. He has a Marathi translation of the illusive “Riddles in Hinduism,” a book that has been unavailable for several years according to many Dalit activists.

Veteran Ambedkarite Ramesh Shinde's worry is that the government neither reprints the 22 volumes and drags its feet on compiling  the remaining source material in new volumes. “Irrespective of whether the Congress or the BJP-Shiv Sena is in power, the government provides just lip service to Babasaheb’s literature and is more concerned with emotive, symbolic things for Dalit votes.” He says that despite the demand for Ambedkar’s books, the government has stopped reprinting the old volumes.

Shinde, a member of the sub-committee formed for the pictorial biography of Babasaheb (Vol 22), is generally disillusioned with the panel, and says, “I pointed out that wrong captions had been given to many photographs, but nobody bothered to correct them.”

Dr. Ambedkar’s writings, letters, speeches have been compiled in 22 volumes and copyright of the same lies with the state government of Maharashtra. While the government officials say they print different volumes as and when required, researchers and activists say the books are never available and the supply is nothing compared to the demand. Among other bestsellers are books on Shahu Maharaj, Shivaji Maharaj and Jyotiba Phule at the same depot.

Ask Mangala Kadam at the Ambedkar Book Centre, on the premises of Ambedkar Bhavan. She has been running this store for several years. Even as she busies with counting of flags and pamphlets at about 1030 pm, she says she would be happy to stock books by Babasaheb. “We have requested so many times. One has to personally go and bring the books, which is also fine but they never have all the volumes or required number of copies. Everyone keeps asking us because we are a permanent store for books on and by Dr.Ambedkar.” The temporary book stores she is referring to are the ones that come up on April 14 and December 6, where the government publication also brings out its stocks and is reportedly sold in no time.

Private book stores do not keep government publications. So an iconic book store like the Strand Book Store, where Dr Ambedkar’s wife Savita was a regular visitor, also cannot get hold of any of his works. “Of course it will be of great interest but once the copyright is with the government, other publications can’t do much. Many years ago his wife too wanted to see more of his books published but nobody could do anything,” says the manager at the Strand. Strand has recently reprinted Will Durant’s “Case for India,” a book that was banned by the British in 1930 and Strand procured the rights for it in 2007. So there are publishers, who are willing to print and buyers, who are willing to buy.

“We decided to part with the copyright because we thought the government could bring the books out at much cheaper rate, so it would help people and it would spread his thoughts. Whenever they do, the books are truly affordable and hence accessible to everyone including students and researchers. However, despite several requests the attitude of the governments (past and present) remains the same. In fact I am thinking of going ahead and publishing them on my own if all his volumes are not made available,” says Prakash Ambedkar. Activists say the successive governments have tried to curb his dispassionate analysis of Hinduism or his reply to Mahatma Gandhi on caste because all political parties are steeped in politics of caste and religion. Kedare remembers a protest march taken to oppose the apathy of the government towards Dr. Ambedkar’s writings in 2005. “But nothing has changed.”

The last volume, no 22, a photo biography, was brought out under the supervision of Congress Minister Varsha Gaikwad, a follower of Dr. Ambedkar. Despite the controversies over errors in content, the document has been sold out and is not available. As the name suggests, it has a collection of rare photographs of Dr. Ambedkar. The staff at publication depot says that since it was published privately in Singapore because of time constraints, it has not been reprinted here.

“We worked day and night for four months to bring out the photo biography and had to print privately to ensure the quality of paper for a photo book and a tight deadline. I believe that better infrastructure and support staff should be provided in the publication division to ensure that his books are reprinted and they reach out to masses. I am a follower of Dr. Ambedkar and his views must reach everyone,” says Varsha Gaikwad. Despite several requests to state education minister Vinod Tawde, he remained unavailable for comment on this issue or to elaborate on plans for April 14.

I am aware of the 25th April problem. We will try to set up a stall on the 14th for the benefit of the people once we get a go ahead from the ministry.

As regards non availability of certain volumes, we have taken up  reprinting of the same on priority basis. They will be available soon.

It is true that demand is more than availability but we are selling at a price that is lower than cost of production. For example cost of production of annihilation of caste is about RS 29 but we sell at RS 15, which is why we dont give commission to private sellers.

Anyhow we have decided that from printing 5000-10000 copies, we will print much more. Say 50000 or even 1 lakh. Our aim is that whenever a person goes to buy any book by Dr Ambedkar, it must be available.

It’s not all gloomy though. A few publishing houses, dedicated to Dalit literature, especially Dr. Ambedkar, such as Sugat and Sugawa Publications bring out the translations of his writings in Marathi. Plenty of books on Ambedkar and an analysis of his thoughts are available in Marathi. Many of them also quote from the originals.

However, what really helps is the Internet. Teesta Setalvad, human rights lawyer and activist says many students access Dr. Ambedkar’s writings online. “We ensured that the writings are an open source without any subscription or fees,” says Prakash Ambedkar. Reportedly Dr. Ambedkar’s books are more easily accessible online for free than those of Mahatma Gandhi or Pandit Jawaharlal Nehru. Outlook too could find most of his lectures and essays in PDF format online.

The pertinent question though is why these books are so significant (and hence so sensitive for the politicians?) “It is very critical to understand the dynamics and depth of caste oppression to get a substantive handle on the extent of denial of access, representation and therefore democracy. Caste reality is an integral part of the Indian social structure. Adivasis who fall out of it also need to be factored into this discourse or they fall nowhere. Caste oppression is, in a sense the oppressive face of institutionalised Hinduism,” says Setalvad.

And it was Dr Ambedkar who dissected these issues like no one else with personal experiences, in depth knowledge and piercing insights. His books, which can be an eye opener, not just for Dalits but every individual, are stuck in the red tape, deliberate or not. But his thoughts and writings, which were ahead of their time, are finding their way to reach out through technology. How apt.

Pakistan or Partition of India

The Buddha and his Dhamma

Against the madness of Manu: B.R. Ambedkar's Writings on Brahmanical Patriarchy

Words of freedom: Ideas of Nation

By Prachi Pinglay Plumber in Mumbai