With one little bombshell, Rahul has created a buzz and a kerfuffle in the BJP. Modi gets the one-on-one he wants. 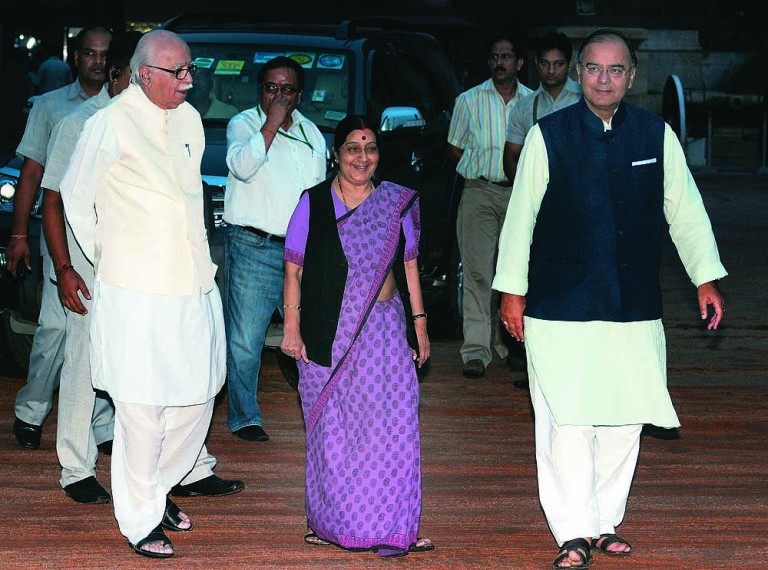 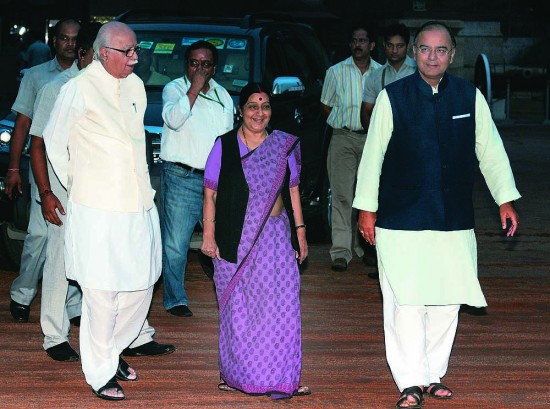 The squabble over who really should be credited for the government’s withdrawal of the controversial ordinance and the bill on lawmakers may well carry itself into the summer of 2014, when parties battle to claim the throne in New Delhi, but October 2, 2013, perhaps represents more than just the ‘new direction’ Indian politics is set to take. Simply put, Rahul Gandhi’s act of rebellion against his own party and government seemed sincere enough to break many an unwritten rule that had so far saved his party from openly addressing the challenges it faced from its main opponent, the Bharatiya Janata Party (BJP). After all, it shouldn’t have been difficult for the Congress vice-president to engineer a quiet rollback of the ordinance at an earlier stage if he so desired. But Rahul’s public defiance of the prime minister and his cabinet, at an unannounced press conference in New Delhi, was meant to unravel every calculation the BJP had so far put together as an election campaign.

Evidently, following Rahul’s own overnight reinvention, the BJP will be forced to reinvent and rethink some of its own strategy and plan for 2014, both for itself and its prime ministerial candidate, Narendra Modi. So far the BJP had worked hard to present the 2014 polls as a presidential election, drawing strength from the fact that while it had a decisive, aggressive leader in Modi to seek a mandate from the people, the Congress was both faceless and struggling under the cross of a reluctant heir, Rahul, and an ineffective prime minister who stood abandoned by his once core support group, the middle class. In a scam-ridden country reeling under a plummeting economy, the BJP had stitched up a messiah-like image for Modi, projecting him as the only answer to the country’s problems. More importantly, the BJP campaign for 2014 revolved around presenting Modi as the only leader who could fill the leadership vacuum in the country. Perhaps, the idea of ‘Modi-as-the-only-option’ may have found itself a new subtext. To whatever final effect, Rahul has inserted himself into that frame­­­—and quite emphatically.

With Rahul’s aggressive comeback, the BJP may finally have found a face that it had long demanded of the Congress to take on in 2014. Surely, this wasn’t what the BJP had been hoping for, just six months before the Lok Sabha polls, especially when the BJP campaign for ‘Modi as prime minister’ focused on milking the prevalent ‘anti-Congress’ mood in the country, filling in the Congress’s leadership vacuum with Modi’s noisy presence. The perennial barbs of  “reluctant heir apparent” and “absentee leader” used for Rahul that repeatedly enthused BJP’s cadre and struck a chord with the restless angry youth in the country may lose a bit of its sting and poison now. Perhaps why, on September 27, when Rahul stormed into Congress spokesperson Ajay Maken’s press conference at the Delhi Press Club to call the ordinance “complete nonsense”,  900 kilometres away, in Gandhinagar, sources confirm, “Modi was fuming”. Party sources add that “Narendrabhai was angry that the young lad from Congress so far conspicuous by his absence was suddenly making the right noises and hogging the limelight, non-stop on all television channels.” Perhaps Modi realises that when the din over credit claims dies down, Rahul will be judged by history as a leader who didn’t shy away from going against his own party to change the course of politics in the country.

It is this rising drumbeat of demand for ‘change’ that Modi has been trying to capitalise on. Rally after rally, as Modi slams the Congress party, he exhorts the crowds in attendance to chant “Yes, we can”. The self-aware emulation of Obama’s politics of change is hard to miss. In fact, Modi is not the only one to sense the mood for change in the country. Growing despondency and disquiet in the country has forced leaders across party lines to look for newer approaches to their politics and its execution. As Rahul fashions his politics on that very desire for change, Modi may feel the squeeze for space.

In many ways, Rahul’s outburst that evening was surely and craftily denting Modi’s own plans. For one, Rahul, 20 years Modi’s junior and certainly more popular amongst youth until he lost his sheen for repeated absence from political debates and dodging responsibility as an elected representative, was attempting to re-establish a connect with the Indian youth. It is this large chunk of votebank comprising 65 per cent of the population of the country that Modi has been hard-selling himself to. Post the Anna movement, both the BJP and the Congress have realised that the youth and its anger against the government and corruption can be tapped to swing votes for a credible electoral victory in 2014. On September 29, addressing a rally in Delhi, it was this youth anger that Modi was attempting to tap as he offered a vision plan for India in 2022, exploiting the lack of vision and the anti-corruption mood amongst the young and the middle class.

What further hurts the BJP’s prime ministerial candidate is the Gujarat success story that he constantly tom-toms to his audience. In a sense, Rahul’s stance on the ordinance has forced a direct comparison between him and Modi. Rahul will now appear not just to be a fearless leader who stood up to right a wrong, but even a ‘doer’. Modi, on the other hand, will at best appear to be a master at glib talk, who has failed to take action against people like Maya Kodnani and Babulal Bokharia, both ministers in his own government in Gujarat. This will reinforce the Congress’s idea of Modi representing mere rhetoric. With the Congress upping the ante and the BJP depending on one man to work wonders in an extremely unpredictable election season, the Modi wave that the BJP believes in may fall short of a spectacular climax. For now, sources in the BJP confirm that “a rethink on the party’s strategy vis-a-vis Rahul’s new found assertion has not been initiated.”

Yet others in the party, sceptical about Modi mania working magic, are already confessing “being rattled by Rahul’s new avatar. We need to think of a new, more aggressive plan.” For 2014, the battlelines, in the real sense, have only been drawn now.