Whose Side Are You, Doc 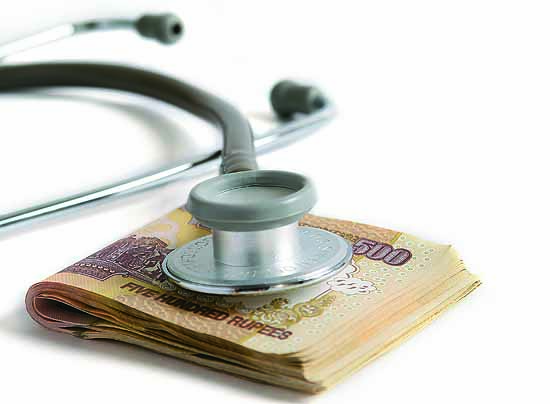 B.P. Suresh Kumar breaks down on the phone. Not once, but many times. The Bangalore-based advertising professional is recounting the events that led to the death of his son B.S. Sanjay in May 2010. “He was a good boy, you know. So intelligent that he had designed something for Nokia that was patented,” he says. Medically obese, the 35-year-old died due to pulmonary embolism, a blockage in the pulmonary artery that caused a sudden and severe heart failure. The complication arose after a knee surgery he und­erwent at the city’s Fortis Hospital on Bannerghatta Road. “Doc­tors there did not take the precaution of giving him an injection that would have thinned his blood. It costs just Rs 700. And even when one of the doctors there suspected pulmonary embolism, they did not act accordingly,” Kumar adds.

Kumar filed a complaint with the Kar­nataka Medical Council (KMC). An order from them in January this year confir­med negligence, and Dr Jeevan Pereira, an assistant surgeon and one of the six named in Kumar’s complaint, was delisted from its register for six months. Kumar is also expecting to hear from the Med­ical Council of India (MCI) which finished its hearings in August. “Let what happened to my son not happen to anybody else,” he says. 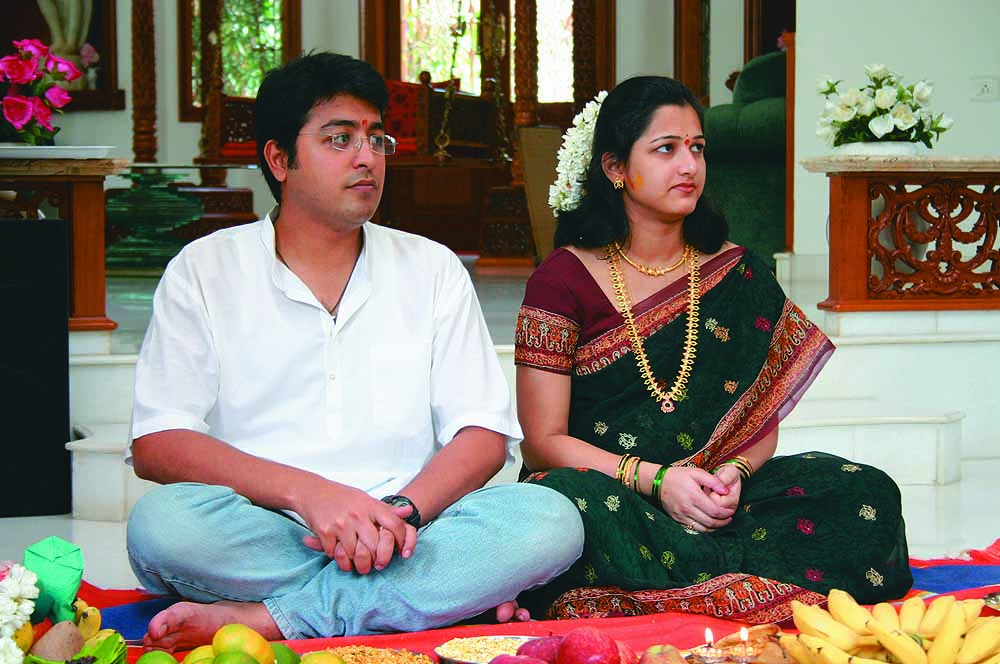 B.S. Sanjay Kumar, Bangalore
The product development Manager at Nokia died of pulmonary embolism when the Fortis branch at Bannerghatta Road during a knee surgery. Father B.P. Suresh Kumar carries on the fight.

Kumar is part of a small band of ordin­ary people who have been notching key, even if small, victories in the battle aga­inst medical negligence, clawing back out from the abyss the death of a loved one has thrown them into. Giving them a shot in the arm is the recent landmark verdict of the Supreme Court in favour of Kunal Saha (see ‘End the Omerta of the Lambs’)—awarding him an unpre­ceden­ted Rs 5.96 crore in compensation. It was a protracted battle of 15 years for the NRI doctor, who lost his wife Anuradha in 1998 to negligence at Calcutta’s AMRI Hos­pital. In 2009, the SC had directed the Nizam’s Institute of Medical Sci­e­n­ces, Hyderabad, to pay Prashant Dhan­a­nka Rs 1 crore in damages. An operation to remove a chest tumour had damaged his spine, leaving him paralysed waist down. 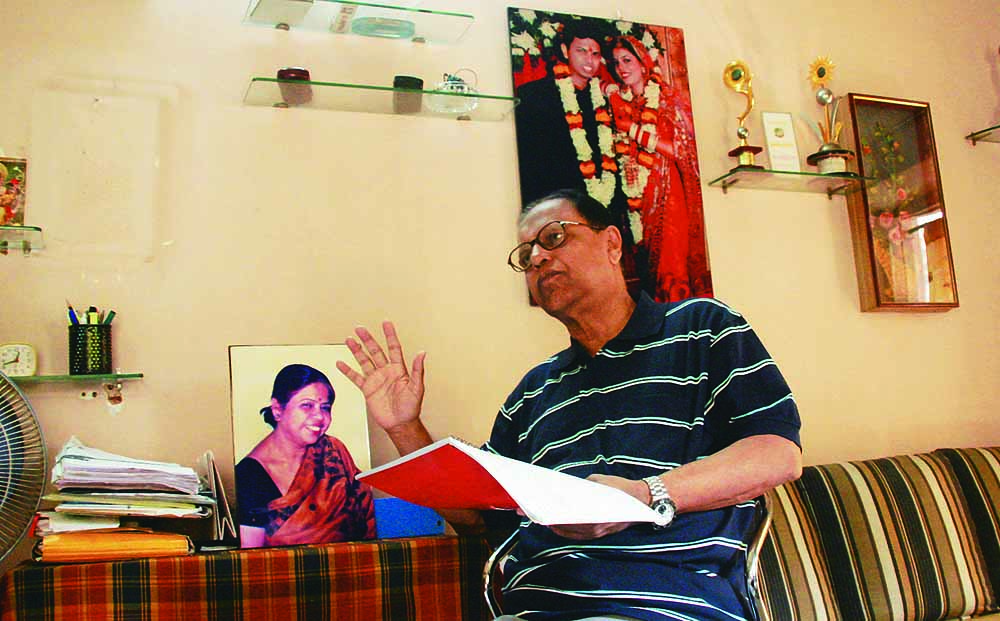 Utsab Basu, Calcutta
The corporate legal consultant lost his wife Bandana in 2004. A diabetic, she died of cardiac failure during a cataract operation at ophthalmologist Vijay Pahwa’s Russel Street clinic. Pahwa now practises in another clinic.

Utsab Basu, a Calcutta-based corporate legal consultant, is another of the persevering tribe. His wife Bandana, who was diabetic, died of cardiac failure while undergoing a cataract operation at ophthalmologist Vijay Pahwa’s Russel Street clinic in the city in November 2004. “The doctor led me to believe his clinic was well-equipped to handle an operation on a diabetic patient, but it was clearly not the case. I had told him to have an ana­e­sthetist and a cardiologist on standby but they weren’t there either. Not just incompetence, it was a case of greed,” Basu says.

A 2005 SC ruling requiring ‘credible opinion’ from another ‘competent doctor’ is a hurdle to ensuring criminal liability.

Nine years on, and a few victories along the way, his battle is far from over. It began with a complaint to the state health department, which filed an FIR in 2005 and also sought expert opinion from Calcutta Medical College’s forensic and ophthalmology department which indicated serious medical negligence. The doctor was arrested early 2005 but released on bail. The wheels of justice have moved slowly since then. Two sep­arate cases filed by the state against the doctor at a local court, one for negligence, the other for running a clinical establishment without the requisite lic­ence, are still in progress. “Mean­while, a defamatory suit filed against me for Rs 5 crore in the Calcutta High Court in 2006 was dismissed in February 2007,” says Basu. Pahwa apparently now practises from another clinic elsewhere in the city.

The biggest stumbling block in ensuring criminal liability in cases of medical negligence arises out of a 2005 Supreme Court ruling that calls for “credible opi­nion” from another “competent doctor” to support accusations of rashness or negligence. Introduced as a safeguard against frivolous prosecution, it has ins­tead helped protect guilty doctors bec­a­use rarely do their compatriots testify on behalf of a patient in medical negligence cases. “Even in cases where there has been obvious negligence, doctors are plain scared to express themselves pub­licly,” says Sanjay Nagral, a Mumbai-based surgeon who has offered his opinion on several occasions. Groups like the Association for Consumer Act­ion on Safety and Health, Swasthya Adhikar Manch and People for Better Treatment (PBT), an NGO Saha fou­n­ded, help people overcome this lacuna. 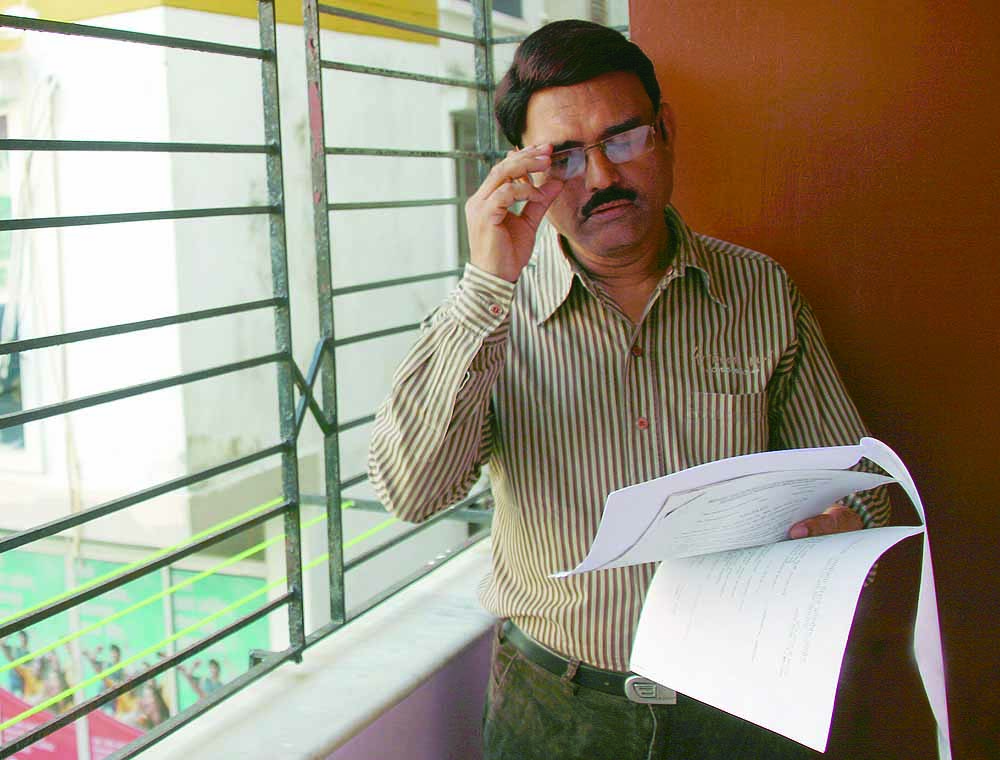 Sudhir Sahu, Calcutta
A bank professional, he went on to win a case at a consumer forum against doctors at Indore’s CHL-Apollo Hospital, winning a compensation of Rs 51,000.

Sudhir Sahu, a bank professional who went on to win a case at a consumer forum against doctors from the chl-Apollo Hospital in Indore where his father Ramlakhan Sahu died, faced precisely this hurdle. “No doctor was ready to write anything against those responsible for my father’s death. When Dr Anant Phadke did, the court did not accept his opinion because it said he was not practising medicine regularly and was more involved in social causes,” says Sahu. While doctors may not venture to offer an opinion against their colleagues, they do not hesitate to rally around an accu­sed from their profession. “This is the flipside. They do not hesitate to give dozens of affidavits supporting other doctors even if it means siding with what is wrong,” says Dr M.S. Kamath, honorary general secretary, Consumer Guida­nce Society of India, and a medico-legal exp­ert. “Some of our judges are really obstinate. Their insistence on expert opinion can make life miserable,” he adds.

Even the family members of someone as influential as the late and former chief justice J.S. Verma are not spared the agony. They are fighting to prove alleged medical negligence at Gurgaon’s Meda­nta Hospital, something the PM earlier this month promised will be looked into. Ensuring criminal liability in medical negligence cases is a complex task; many choose instead to focus on securing conviction in different state medical councils or the MCI and consumer courts first. The latter do not insist on “credible opinion” in determining civil liability.

The practice of delisting a doc for 3-6 months is no deterrent. In this time, they go abroad or elsewhere in the country.

Even so, the going is tough. Bangalore-based architect Parikshit Dalal, who lost his wife Kapali Patne and an unborn child at the city’s Santosh Hospital, knows it well. Wheeled in for a caesarean delivery in April 2010, the hospital said Kapali died because of an adverse reaction to an anaesthetic drug. A post-mortem, however, found fractured ribs and pelvic joint, the latter suggesting a fall. “To cover up their lapse, they didn’t even operate on her to save our child and ins­tead cooked up the anaesthesia story,” says Dalal, who is fighting three cases—in the local sessions court, at the National Consumer Forum and at the MCI. When he brought two medical experts to a hearing at the Kar­nataka Medical Coun­cil, he was told to bring a lawyer. He went to the high court and won the right for him, and others like him, to be supported by medical experts in hearings at medical councils. They invariably are closed-door affairs with only the complainant and his or her legal counsel, something that allows people without a medical background to be intimidated. Even the management of these councils has been controversial, with elections held rarely—KMC didn’t have one for 17 years—and recent reports of corruption in the election of representatives from Andhra Pradesh to the MCI. The defence of tainted former MCI president Ketan Desai by the Gujarat Medical Council after he was appointed head of the department of urology at the B.J. Medical College in Ahmedabad also does not inspire confide­nce in these bodies as regulators. “The last three years have been spent in just ensuring the case moves forward and that we are not snubbed at every step,” says Dalal. 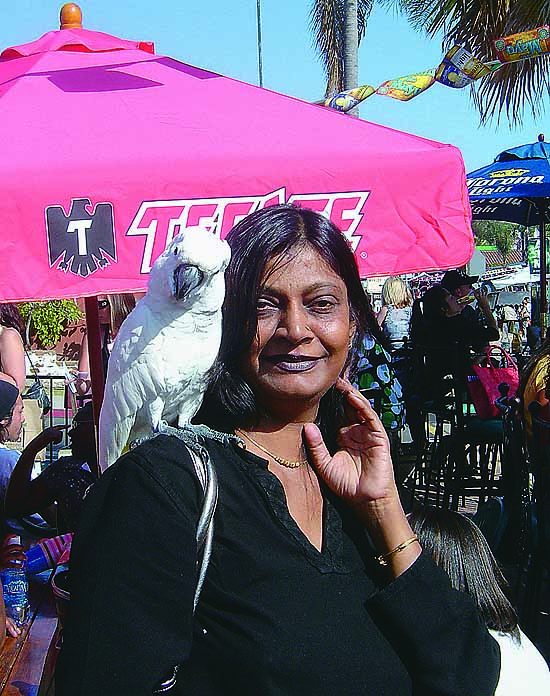 Seema Rai, Bangalore
Her husband Pankaj, a retired major of the Indian army, has been waging a legal war against the Fortis Hospital at Bannerghatta Road, after she died of a botched-up kidney and pancreas transplant in 2010

It’s an ordeal Pankaj Rai, a retired major of the Indian army, is also familiar with. His wife Seema died of a bot­ched-up kidney and pancreas transplantation in 2010, also at Bangalore’s Fortis Banner­ghatta. “They wheeled her in without proper informed consent from her. And how could they carry out a pancreatic transplant when Seema was not registered to undergo a pancreas transplant and when they did not have the licence to carry out one?” asks Rai. It’s a clear violation of the Trans­plan­tation of Human Organs Act, 1994, puni­shable with up to five years in prison and a fine of Rs 10,000. An inquiry by the MCI in February this year found transplant sur­geon Ram Charan Thiagarajan at Fortis guilty of violating the Indian Med­ical Council Regulations, 2002, and ordered the state medical council to delist him for a year. Thiagarajan, however, won an interim stay from the high court on the ruling, something Rai has appealed against. On the other hand, the National Accreditation Board for Hos­pitals and Healthcare Providers also withheld its accreditation for transplantation services at the hospital in Sep­tember last year. A separate case where Rai has accused Fortis nephrologist Rajanna Sreedhara of perjury is under progress at the KMC. A Fortis statement refused comment in both these cases as the matter is sub judice.

However, even in cases where medical councils have held negligent doctors guilty, the self-regulatory system has been hesitant to hand out strong deterrent punishment. In most cases, the doctors are derecognised for a cursory three or six months. In this time, they go on to practise abroad or elsewhere in the country. In B.P. Suresh Kumar’s case, Pereira moved to Oman within 15 days of his son’s death. So tolerant are our auth­orities, perhaps even indulgent, when it comes to medical negligence that Suku­mar Mukherjee, one of the three doctors held guilty for the death of Anuradha Saha, was empanelled by the West Ben­gal government as an advisor on medical issues last year. “The quantum of punishment should be a cancellation of lic­e­nce for at least five years or permanently,” says Mihir Banerjee, vice-president of the PBT. “These regulators, in fact, are shielding errant medicos. How do you expect regulation if it applies only light punishments?” he asks.

Even the decision to deroster doctors has never been publicised, something that prevents public shaming. The MCI, though, in September took the never-before step of publi­shing the names of four doctors (two from UP and Maharashtra each) whose licences had been cancelled in the Delhi edition of Hindi daily Dainik Jagran.

The ineffectual regulatory environment has pro­mpted calls for radical changes, among them the inclusion of non-medical representatives in various councils. “Abroad, a third of many medical councils comp­rise non-medicos to oversee the procee­dings,” adds Banerjee. Some have also suggested the creation of a medical tribu­nal, like the income-tax and labour tribunals, headed by a judge and a doctor. Other recommendations inc­lude a southern branch of MCI and more branches of state medical councils in bigger states. Many are hoping the atte­ntion the Saha judgement has brought will help relieve some of these bottlenecks. Rai speaks for many others like him when he asks, “Like many Ind­ians I am a common citizen who pays his taxes dutifully. We can live with bad roads, potholed ones, power cuts and erratic power supply. But why deny our constitutional right to justice if justice is at all a right?”

‘A Whole Lot More Of The Threat Was Known’