Whose Name On A Grain Of Rice? 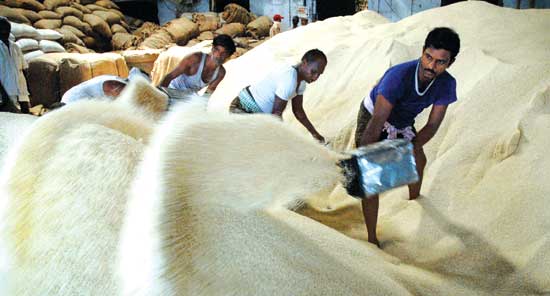 Everyone had to be working in tandem: pliant governments, both here and abroad, and hungry cartels

“Prices were much lower than officially quoted ones due to the ban. Most rice was PDS rice sold by AP for Rs 2 a kg.”

“If this was for humanitarian aid, why didn’t the government use FCI or the Shipping Corporation?”

“(Sending rice to South Africa) is ironic as they have a constitutional guarantee on right to food.”

As is usual in such cases, the Rs 2,500-crore rice export scam of 2008-09 had a rather innocuous-looking beginning. The Centre had, vide a government notification in October 2007, banned the export of non-basmati and 25 per cent broken rice, ostensibly to strengthen the nation’s food security in a time of high inflation and to ensure there was enough stock in the public distribution system to provide subsidised grain to those below the poverty line. Experts who feared an impending food crisis applauded the move.

Few, however, detected the insidious subplot. Since India is a major exporter, the ban immediately triggered off a steep increase (from $350 to a peak of $1,000 a metric tonne) in the price of rice in international markets. Then followed a chain of events in which guidelines were flouted and rules bypassed by state-owned trading companies to allow select private rice-exporting companies to export 10 lakh MT of rice despite the ban. They monopolised the market created for them by friends in the government and walked away with business worth Rs 2,500 crore while robbing the PDS of valuable rice in a country where 48 per cent of children below three years are malnourished. In a detailed investigation, Outlook has unearthed several startling facts about the great rice swindle.

Modus Operandi: Beginning January 2008, some three months after the government notified the rice export ban, a plan was in place to help a few exporters bypass the ban and capitalise on the rising international market prices. How was this done? It was felt in the government that since the export ban had made rice dearer in foreign markets, should requests for grain come from poor nations, it would be released on humanitarian grounds. Twenty-one African nations approached the ministry of external affairs after this policy was made public. Their requests were forwarded to the food and public distribution ministry headed by Sharad Pawar and to the commerce and industry ministry then headed by Kamal Nath (now minister for road transport and highways). 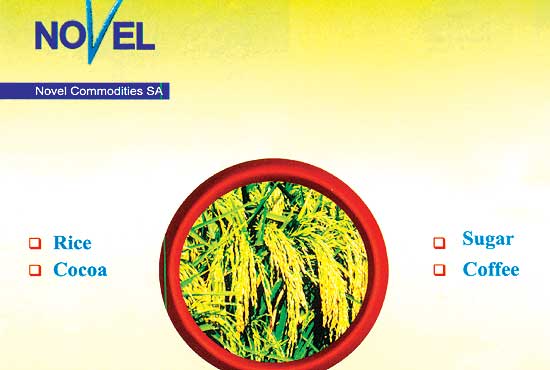 The Union commerce ministry would prove critical in the whole process since it is the nodal agency for all exports and oversees public sector trading companies such as the State Trading Corporation, MMTC and PEC. These corporations would later play a major role in facilitating private companies to take over the “humanitarian exports” and rake in huge profits. This is how it worked:

Scandal Abroad: The scam would well have gone unnoticed but for a major scandal in Ghana in West Africa (see box on Page 36). Earlier this year, the new government under President John Evans Atta Mills launched an inquiry into the role played by the previous foreign minister, Akwasi Osei-Adjei, in one such deal. Ghana had in early 2008 written to the Indian government seeking several thousand metric tonnes of rice but wanted it only through a Delhi-based company, Amira Foods (India) Ltd. STC simply cleared the deal in favour of the company without inviting any tender. A source in the commerce ministry told Outlook, “The government of Ghana nominated its ministry of foreign affairs as the buying agency and Amira Foods as the procurement agency. The price and other commercial terms of the contract were finalised between the government and their nominated procurement agency in India.” 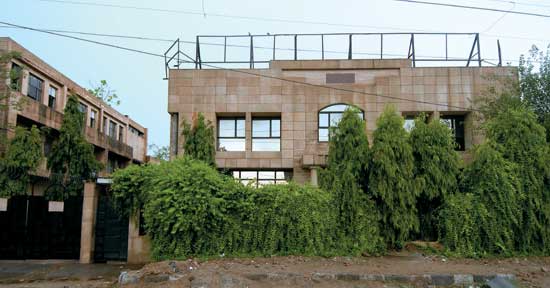 In short, not only did Ghana get to choose its own procurement agency (or vice versa), it also ensured that all its negotiations with the private rice exporter were kept out of the purview of the Indian government and its trading companies. Once a convenient price was arrived at, the rice was simply shipped off. Whether it reached Ghana or diverted to some other buyer en route is not known since the government of India had, perhaps deliberately, stepped back from all negotiations in what was supposed to be a ‘government-to-government’ deal!

When Outlook sent a detailed questionnaire to Amira Foods, its vice-president, Protik Guha, called up the magazine and questioned the wisdom of printing a story dealing with a scandal in Ghana. Guha also wanted to know the source of the story but refused to comment on specific queries, stating that “our press department would look into them”. No one has got back to us.

If this deal was shocking, the deal with Sierra Leone was even more curious. The country sought nearly 40,000 MT of rice on a preferential payment basis from India in early 2008. But instead of a letter of credit coming from its government, it came from an international soft commodities trading company, Novel Commodities, with their offices in 1227 Carouge, Switzerland. As in the Ghana case, Sierra Leone also demanded that the rice be shipped through a Delhi-based rice exporting company, M/s Shivnath Rai Harnarain India Ltd. Sierra Leone sought another consignment in May ’09 through Amira.

In response to queries from Outlook, PEC Ltd’s chief finance manager, R.K. Jain, said: “The government of Sierra Leone had nominated M/s Novel Commodities for financing arrangement and M/s Shivnath Rai Harnarain for shipment of rice. The price was mutually fixed between the buyer (Switzerland-based Novel Commodities on behalf of the government of Sierra Leone) and the seller (M/s Shivnath Rai Harnarain Ltd).” The rate, Jain states in his written communique, was $430 per MT for 17,952 MT rice and $470 for another batch of 22,047 MT. The grain for both Ghana and Sierra Leone was sourced from mills in Andhra Pradesh which had buffer stocks.

Making a Killing: The prevailing rate for domestic procurement of non-basmati rice in March 2008, as per the retail price index of rice ascertained from the director of economic and statistics of the government of Andhra Pradesh, averaged around $280 per metric tonne. So if it was sold at $470, it meant a profit of $190 per metric tonne in this particular instance. If one factors in fluctuating international market rates, the profit may have been much higher for other consignments. “In fact, the prices (at which the local exporter procured rice) were much lower than the officially quoted one since there was a ban on exports,” says Naresh Goyal, vice president, South India Rice Exporters Association. “In most cases,” alleges Goyal, “the rice was PDS rice which the state government sells for Rs 2 a kg. We believe this was diverted towards exports and never reached its intended beneficiaries.”

India’s ban on export of non-basmati rice triggered a steep rise in international rice prices, from $350/MT to a peak of $1,000/MT.

The scam would have gone unnoticed had it not been for a new regime in Ghana inquiring into the role of a previous foreign minister.

In the case of Sierra Leone, the letter of credit came not from the government but the Swiss firm Novel.

While Ghana says the STC recommended Amira Foods, Indian officials in the commerce ministry say it was the other way round.

The food ministry even sought the EC’s permission to procure rice to export to Nigeria. Curiously, Nigeria said it didn’t want the rice.

The food ministry even sought the EC’s permission to procure rice to export to Nigeria. Curiously, Nigeria said it didn’t want the rice.With the commerce ministry facilitating an export arrangement for a few chosen private companies, the rice exporters’ lobby began to send desperate petitions to the government and specifically to minister Kamal Nath. Vijay Setia, president, All India Rice Exporters Association, also dashed off a letter to the commerce secretary pointing out inconsistencies.

According to Setia, many of the 21 countries identified by the MEA for rice exports had a better per capita income than that of India. Many also have a long record of institutionalised corruption. Strangely, even a rice-exporting country like Egypt had been included in the list! Worse, the letters from these foreign governments seeking rice quotas came “to our commerce minister (Kamal Nath) mentioning the names of private companies who must be the suppliers”. This, he says, “is interference in Indian commerce, creating monopoly purchases and making three to four companies the beneficiaries, and exploiting rice millers, farmers and consumers.”

Chennai-based exporter Vishnu Kumar wants to ask the government this: “If this was all for humanitarian aid, why didn’t the government use its own machinery to export rice? It could have used the Food Corporation of India to procure the rice at reasonable rates and shipped it off to the African nations through the Shipping Corporation of India. It could have provided the needy nations supplies at a much cheaper price. Instead, it allowed a chosen private cartel of companies to make a killing.”

Meanwhile, in May this year, the government faced a major embarrassment when the Nigerian government turned down an offer of 1,17,000 MT rice that the DGFT and commerce ministry had allocated. In fact, the food and public distribution ministry had sought clearance from the Election Commission just before the general elections to procure non-basmati rice for export to Nigeria and other nations. So if there was no request from the African country, why was the offer made? No one seems to have an answer. Was the so-called requirement on the basis of which grain was released a fake document? If Nigeria didn’t want the rice, where was it headed for? Even Mongolia rejected a similar allocation, say commerce ministry sources.

The Indian government maintains that Nigeria rejected the Indian allocation because it had just had a bumper crop. If this was the case, why had Nigeria ‘sought’ 1,17,000 MT rice barely a month before? “Like all nations, they also make long-term projections. So, Nigeria would have known that they were headed for a decent crop. Therefore this issue of seeking Indian rice could be fictitious,” a senior government official involved in the allocation told Outlook. Since Nigeria refused, the government has now allotted 26,000 MT to South Africa. “It is deeply ironic because South Africa has a much better per capita income than India’s and also has a constitutional guarantee on the right to food,” says Biraj Patnaik, principal advisor to the Supreme Court food commissioner.

A few years ago, the Indian government was rocked by allegations that prominent politicians and business houses had made millions by selling off oil for food coupons issued to Iraq by the UN. Today, allegations have surfaced in a foreign country of influential cartels making huge profits in the name of providing grain on humanitarian grounds to needy nations. Shouldn’t India show concern rather than turn a blind eye? And shouldn’t such exports be banned or handled closely by the government?

‘Not Everyone...But The Bad Eggs In The Party Will Be Removed’