Whose Bharat Is It? 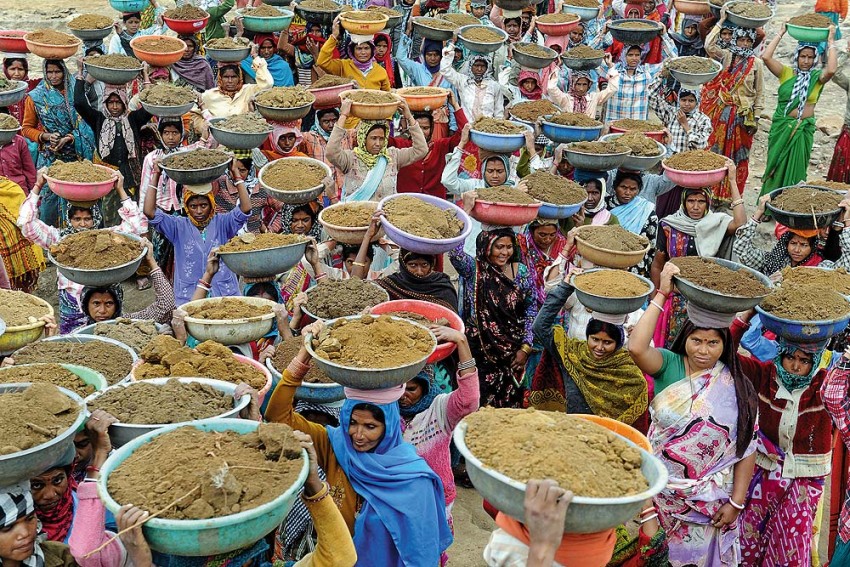 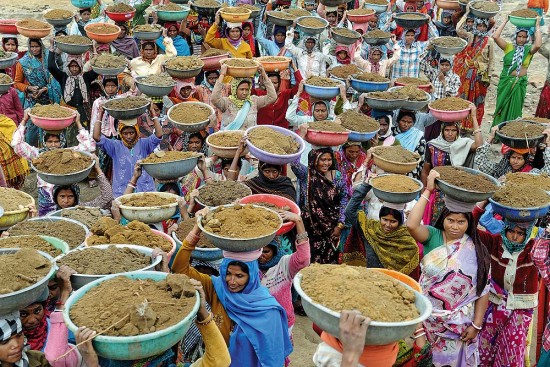 At the outset, let me say this piece bats for the most unfashionable sector these days: social sector spending. India’s social spending is among the lowest in the world. World Development Indicators say that public spending on health and education was 7.4 per cent of GDP in 2012. Even poorer countries spend more—in Nepal public spending on health and education account for 10.2 per cent of GDP; Afghanistan, with a per capita income nearly a fifth of India’s, spends twice as much on health (8 per cent) as India (4 per cent). Richer so-called “capitalist” countries spend considerably more: 23.3 per cent in America, 16.6 per cent in Switzerland and 14.2 per cent in Australia.

This year’s budget has made unprecedented cuts in social spending, reversing a steady increase (in nominal terms, ie., without taking into account inflation) over the UPA years. The allocations for social spending have fallen to the levels attained roughly three years ago. In the case of health, the allocation is Rs 18,000 crore, down from nearly Rs 22,000 crore last year (it was Rs 17,840 crore in 2011-12). The biggest cut, in percentage terms, has been in education: for prim­ary education (Sarva Shiksha Abhiyan) a budget of Rs 22,000 crore implies a reduction of 22 per cent. Here too the clock has been turned back by three years. For the hugely popular mid-day meal scheme, this year’s allocation is similar to that of 2009-10.

While health and education did not see an absolute reduction in their budgets during UPA-II, the stepmotherly treatment of NREGA began then. This year, the budget for NREGA has remained more or less intact at about Rs 34,000 crore. (Strangely, many headlines said that it has been the “highest ever”. The highest ever was Rs 40,100 crore in 2010-11). Yet the worries remain: first, instead of reaffirming the government’s commitment to NREGA, there were some distasteful remarks from the PM in Parliament the day before the budget. Second, the budget has declined in real terms (ie, when adjusted for inflation). Third, as states revise minimum wages, the scale of employment that can be generated shrinks. Finally, last year’s experience suggests that the plan is to strangle the programme by delaying release of funds so that wages of the poor remain unpaid and they give up on NREGA.

The continuity with the previous government is even more obvious in terms of playing nanny to big money. The ‘tax revenue foregone’ statement includes a list of 98 products which enjoy some relief in customs duties. Obviously, certain tax exemptions are important (eg, machinery, minerals) to generate growth and employment. But here are some items that enjoy relief on customs duty: live animals, live trees and other plants, fur skins, umbrellas, feathers and artificial flowers, and non-merit goods such as tobacco. These account for very little revenue foregone (generally less than Rs 250 crore), yet raise questions about the tax regime.

The most startling, of course, is the scale of relief in customs duties provided to the gold and diamond industry: around Rs 75,000 crore for 2014-15, more than the combined budget for SSA, mid-day meals and health. It is true that this sector secures employment for skilled workers. However, other sectors with comparable contribution to the economy in terms of employment and export earnings are not so lucky: the textile sector is estimated to employ 45-60 million people (compared to three million in the gems and jewellery industry). Both contribute roughly the same to export earnings. Customs tax relief to the textile industry (Rs 16,000 crore) is less than a third of that to gold and diamond.

Is the gems and jewellery sector in such doldrums that it needs the government to play nanny? Hard to believe: apart from big players such as Reliance, Tanishq, Gitanjali etc, the industry is mainly made up of family-owned businesses, including those such as the KARP group (of the Modi suit fame) and Hare Krishna Diamonds (who gifted cars and flats to their employees around Diwali).

There are other questionable taxation practices. The effective tax rate for smaller companies earning a profit of less than one crore is 27 per cent, higher than the 21 per cent that larger companies (profits more than Rs 500 crore) pay. In one case (finance leasing companies), the exemptions bring the effective tax rate down to less than 2 per cent! The finance minister hopes to reduce these exemptions by offering a reduction in corporate taxes—next year onwards. Whether that will happen remains to be seen. Meanwhile, the government’s slogan, “Sabka saath, sabka vikaas”, rings hollow.