Big companies are no answer, SMEs will push manufacturing, jobs 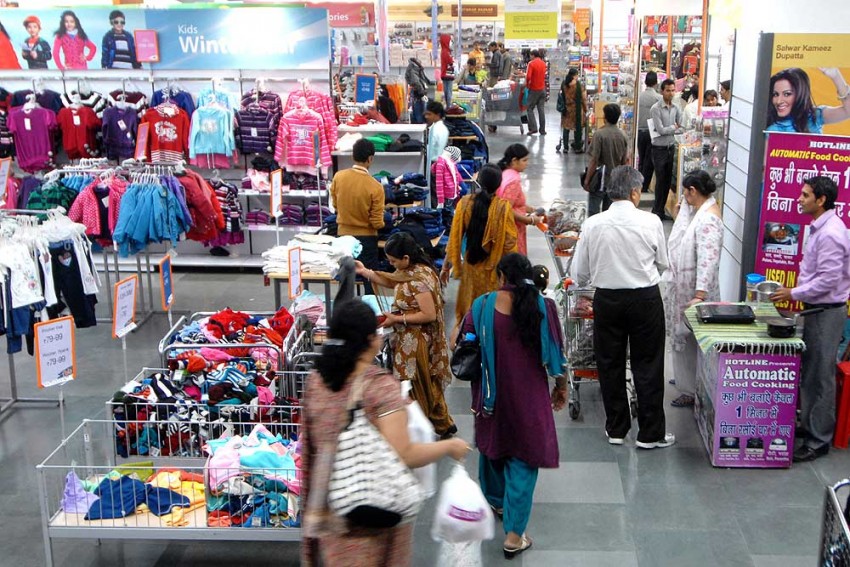 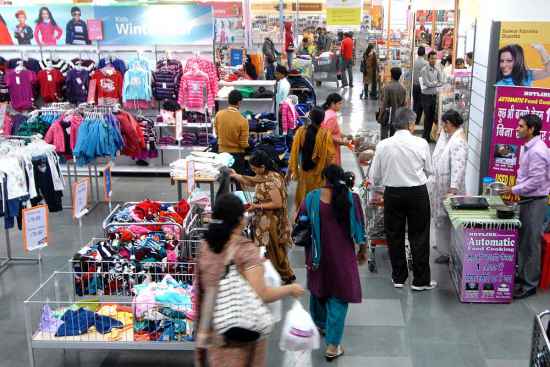 It’s hard to find a more exciting consumer market in the world than India, and it’s unlikely there will be another one to beat it for a long time. For it comprises a group of consumers like no other: large, vibrant, aspirational, curious, experimental with steadily growing inc­omes; free to think and do what they please, sociable and expressive, digitally comfortable and information-hungry.

Consumer India, right across the income and age spectrum, has an enormous appetite and appreciation for things that make for a better quality of living, be it inverters or water storage bins or clothes or entertainment or food or flashlights or footwear. What’s more, Consumer India is easily accessible through amazing distribution systems that reach even remote villages through a network of dealers and retailers ranging from hole-in-the-wall kiranas to state-of-the-art supermarkets to e-commerce. And it is accessible in media terms too—via the internet, and all the hours of TV that it loves watching, the large number of newspapers and magazines it reads, the ubiquitous outdoor media, from wall paintings to sides of rickshaws to snazzy digital displays and more!

All this isn’t just an urban phenomenon, but equally applies to rural too. In any case, in many states, thanks to large strides in road connectivity and television, the urban-rural divide is blurring. Rural consumption now powers several categories and there are market scales, at last, straddling both urban and rural geographies. So India sits on a goldmine of consu­mer demand, truly a never-before world of consumers ready, willing and waiting to consume, offering a huge and growth- guaranteed manufacturing opportunity for physical goods.

Like the proverbial deer that Kabir writes about which goes searching elsewhere for musk despite having it in its own navel, India too is in search of manufacturing opportunities, even as China is seizing the Indian consumer market opportunity and flooding it with made-in-China goods.

The bulk of India’s consumer demand is not being cate­red to by large companies creating lots of skilled jobs in the formal sector. Large Indian companies, barring a handful of exceptions, prefer to serve only that part of the demand accounted for by the so-called middle class. The “middle class” label is a misnomer, because the middle class that we talk of is actually the richest 20 per cent of Indian households. They are very attractive to focus on, to the exclusion of the balance 80 per cent, because they have over half of India’s household income and account for about 40 per cent of its expenditure. They are also the only segment of India households to have a significant amount of income “surplus”, ie money left over after meeting all their routine and non-routine expenditure. 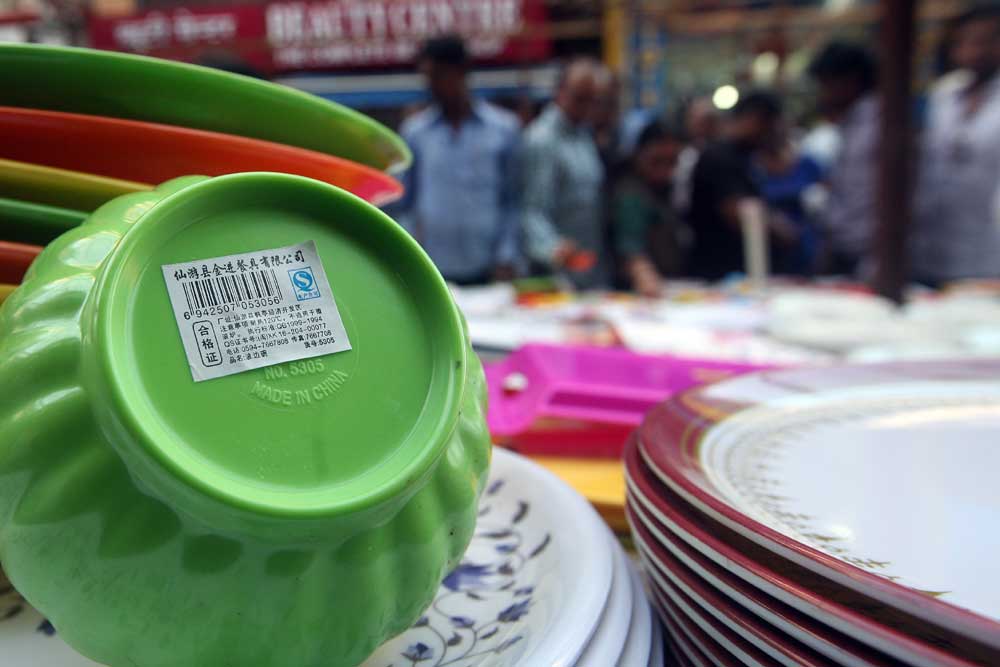 Even to serve India’s ‘top 20%’ middle class is a struggle for the MNCs. India’s rich are still poorer than the average man in the West.

This means that they can be persuaded to buy more expensive things with superior features. Large Indian companies also feel that their money (mostly borrowed) is better inv­e­s­ted in buying companies abroad that serve markets abroad rather than investing to manufacture to fulfil domestic dem­­and. One can’t blame them because Indian consumer markets are large but have a painful demand structure. They are made up of a whole lot of people earning and spending (consuming) a little bit each, which adds up to a lot. Most other consumer markets in the world are made up of fewer people earning and spending a lot more each. It is easier to make money in the short run on your investments in the latter kind of markets than in the India type of market.

What of the multinationals then? The focus of most MNCs is to find extension markets for what they alre­ady have els­e­where. Their businesses have been designed for richer developed markets with more pleasant dem­and str­uctures. Even to serve India’s “top 20” middle class is a struggle for them, since India’s rich (even its top 10 per cent) are still a lot poorer than even the average person in most developed markets, certainly a lot poorer than Chi­na’s ‘top 20’. So who is manufacturing to feed and stoke the potential consumption of 80 per cent of India’s households?

A little bit of it is done by small, informal sector man­ufa­cturers, mostly micro enterprises, with under 10 employees. Such manufacturing feeding consumer India’s demand is like having lots of small, leaky buckets trying to quench the thirst of lots of parched people. In bad times, the leaky buckets run out of water, and even in good times they have very little money to invest in thinking of and making newer kinds of thirst-quenchers that consumers would love to lap up.

And since consumer markets, like time and tide, will wait for no man, especially in aspirational societies with a lot of smart traders, India’s mass market is being increasingly fed by goods ‘made in China’ (but increasingly customised for the Indian market). The Chinese invasion is best experienced and understood through a visit to the marketplaces where such goods are sold, and by observing the things that modest income India is using in their households. Ever wondered why your household help’s wardrobe is getting smarter? I asked my home help to show me what all she bou­ght recently from vendors in the local train. They all had very attractive packaging and finishing. A small handy torch with a bright white-light bulb and a replaceable battery, a gas stove lighter, 50 cotton buds packed in plastic packets (Rs 20 each); a colourful plastic tube of 12 nylon scrunchies (Rs 10) and a rhinestone-studded hairband (Rs 20). She also bought a beautifully designed jewellery set (‘exactly as u see on TV’) for Rs 100 which, as one could tell from the packing, was made in India.

The government has thankfully recognised the need for more manufacturing to  provide more skilled and higher paying jobs for our young, many of whom are stuck in the informal sector trap. But investment in sophisticated manufacturing alone will not deliver the targeted 100 million jobs in the next eight years. Rs 10,700 crore of investment in the auto sector created under 4,000 jobs; Rs 3,23,902 crore invested in power will create an estimated 3.63 lakh jobs.

In contrast, SMEs employ close to 40 per cent of India’s workforce, account for 40 per cent of manufacturing output and are 48 million in number, the second largest number in the world. A very critical part of the ‘make in India’ mission should be to help as many of these SMEs as possible to make for India. Financial inclusion and a supportive ecosystem (not protectionism) will bring out the best in small Indian entrepreneurs. A separate mission-mode policy design and implementation programme is needed for this; otherwise we will do the Indian thing of saying “why kiss the frog when we can kiss the prince?”, and focus on wooing FDI and giving sops to India Inc, neither of which will create the mass manufacturing that we have the demand for. This isn’t about xenophobia, or about settling for low-end stuff. It’s about saying that if we have the best consumer market in the world, let us manufacture for it and reap the benefits.

(Bijapurkar is an expert on India’s consumer economy. Her most recent book is A Never Before World: Tracking the Evolution of Consumer India.)