Who's Afraid Of The Budget? 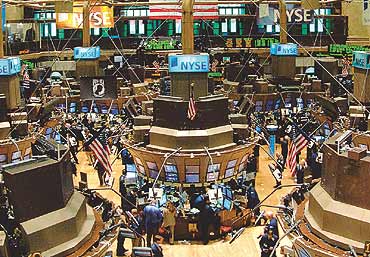 outlookindia.com
-0001-11-30T00:00:00+0553
When a butterfly flaps its wings over China, the shudder is felt in Indian stockmarkets. Perhaps, it was a reflection of the fading significance of Budget Day on our stockmarkets that the Sensex was down by over 600 points on the morning of February 28 and the finance minister had not even stood up to speak. Global market sentiment, nervous about the US and Chinese economies, were a bigger force on Budget Wednesday than the country's income and expense statement for the coming year.

Diminished significance notwithstanding, with seven trading sessions of losses behind them, traders were chary of any 'unpleasant surprises' from the budget though none were expected. By the time P. Chidambaram rose to speak in Parliament, markets had stabilised a bit and the Sensex was down by about 370 points.

Then came the few blows on the income side. The first landed on the cement sector. Excise duty on cement retailing for over Rs 190 per bag went up to Rs 400-600 per metric tonne. The FM did announce a reduced excise of Rs 350 per metric tonne for cement that retailed under Rs 190 per bag, but hardly any cement is available at this rate. ACC slipped over Rs 67 intra-day and closed at Rs 900.05. Other majors, including India Cements, Grasim and Gujarat Ambuja, closed with losses of 5-8 per cent.

The next shock was in the extension of MAT to all corporate incomes, including those that claimed deductions under Sections 10A and 10B of the I-T Act. This will impact construction and IT companies. While subsequent analysis showed that large IT companies like Wipro and Infosys would not be severely affected but medium-sized ones like HCL Technologies would be, this didn't stop stocks in the sector, irrespective of size, from feeling the selling pressure. Construction entities did not feel the shock immediately but when later it was clarified that they would be affected, their valuations had to be re-looked at.

The 'unexpected' rabbit the FM pulled out of his hat was the increase in DDT. Dividends distributed by companies now attract 15 per cent tax from 12.5 per cent earlier. And dividends distributed by liquid and money market mutual funds now attract 25 per cent tax. As most money that comes into these funds belongs to corporates and high net worth individuals, this affects their treasury income.

After a day of mild recoveries and quick falls, markets closed trade marginally higher than their intra-day lowest. The Sensex was 541 points lighter when trade stopped on Wednesday, down 4 per cent from its previous close. The Nifty tread a similar path, shed 3.82 per cent, and closed at 3,745. In retrospect, many in the market view this budget as a non-event. Only the construction sector stands to lose. Others face only mild shocks, a small stumble maybe, but definitely no big fall.

With budget uncertainty over, the view forward for the market is increasingly defined by global triggers. The first two days of this week saw stocks across the world seize up. On Tuesday, major US indices fell by over 3 per cent and US blue chip stocks witnessed their largest one-day fall since 9/11. The Chinese index shed 9 per cent and London's FTSE wiped the year's gains with its 2.3 per cent slide on Tuesday. With this, global sentiment has changed—at least for the short and medium term. The free flow of dollars to our markets will abate, as investor appetite for risk reduces significantly. In fact, so far this year, net inflow from FIs into our equities stands at $1.7 billion, lower by $800 million same time last year.

Market analysts are worried as PE ratios of emerging markets get re-rated. The liquidity-driven rally stock prices witnessed could pause and investors may be stranded as prices dip. However, year-end targets for the Sensex are still well above the 14,000 mark. There certainly is headroom for profits and maybe it's time for Indian investors to buy while the foreigners look away.