Who Says This Is A Litmus Test? 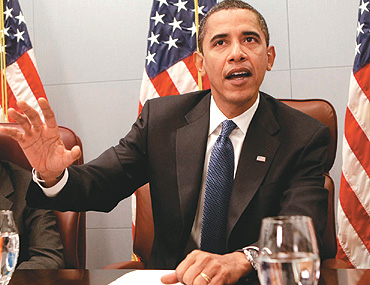 United States officials privately acknowledge that India is justified in expecting Washington to play a constructive role in securing Pakistan’s cooperation in the Mumbai terror investigation. "I don’t think it is an unfair expectation," a Bush administration official told Outlook, speaking on condition of anonymity. "The attack on Mumbai was a grievous one in which the US also lost its citizens. We have a sense of the depth of emotion on this issue in India. We would be fooling ourselves if we thought that India did not expect us to play a constructive role."

With US-Indo relations scaling dizzy heights on President George W. Bush’s watch—symbolised by the groundbreaking nuclear deal—the official acknowledged that "many Indians will be looking at this issue (Mumbai probe) as an indicator of what this relationship can become". Admitting that there is enough evidence linking the Mumbai terrorists to Pakistan, the official said, "Pakistan now has to accept that and make some very difficult decisions." However, he thought, it...