Who Pulled The Trigger...Didn't We All?

Must we in our hypernationalism take a man who has already suffered enough and reduce him to fish bait? Can we—and our media—stop judging S.A.R. Geelani 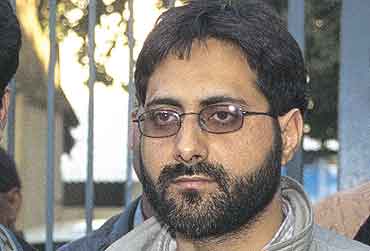 There can be no doubt that the investigation into the December 13, 2001, attack on Parliament has been shabbily handled by the Delhi Police, indeed sinisterly so. We still do not know who planned the attack, or even the names and the real identities of the five militants who were killed outside the Parliament building on that day. At the time, the Delhi Police were obviously under pressure to produce results. And produce results they did. Riding the popular wave of hypernationalism, they disregarded procedure, legality and, of course, even basic integrity. The evidence against the accused, in particular S.A.R. Geelani, was full of loopholes, some of it was manufactured. On the basis of this faulty evidence, he was arrested and brutally tortured. He spent a nightmarish year in prison, most of it under a death sentence. He was released after being acquitted by the Delhi High Court. (In the din about Geelani, it is easy and convenient to forget that thousands of people in Kashmir and the Northeastern states are being similarly treated by the police and security forces.)

I have no idea who pumped those bullets into S.A.R. Geelani. However, in deference to the general public unease with the Special Cell, the investigation ought to be conducted by an agency other than the Delhi Police. While it may be unfair to accuse them without evidence, they certainly cannot be considered above suspicion, and must be investigated. Their bullying, ridiculous accusations against Geelani's lawyer, Nandita Haksar, the red herring they have floated about Geelani's sweater and 'missing' coat, their harassment of his family and their bizarre treatment of him as a suspect in the attempted assassination of himself—all this is doing very little to bolster their declarations of innocence.