Who Cloned Them Blue Mangoes? 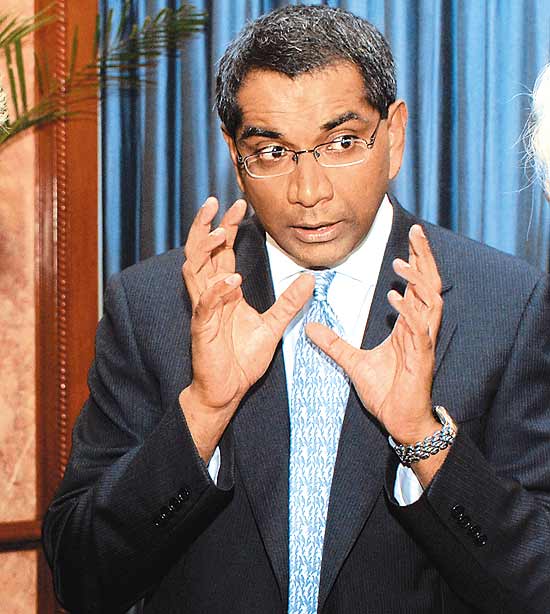 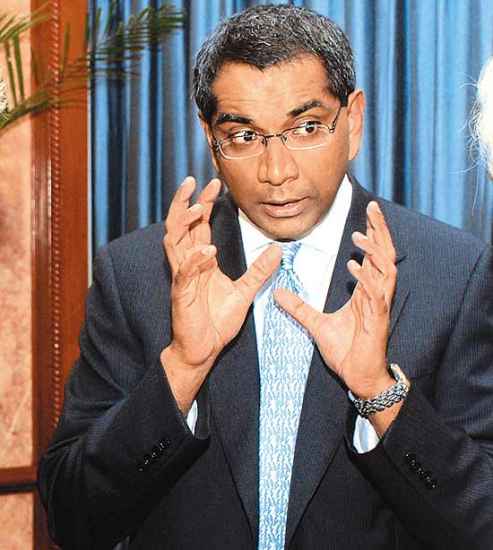 The world of wordsmiths has often seen pitched battles over the ownership of works and ideas. Come August, the literary world is going to witness another such war, with a cast of characters as interesting as those in works of fiction. On one side is novelist-publisher David Davidar, currently the MD at Aleph Book Company, and variously described as the man who put recent Indian writing and publishing on the world map, the most successful Indian publisher and one who has discovered top Indian talent. On the other is Sivasundari Bose, a Tiruchirapalli-based novelist-poet, who charges Davidar with having plagiarised from her manuscript, submitted to Penguin when he headed that firm. Sivasundari sued Davidar, saying there are many similarities between her novel—submitted in manuscript to Penguin as I Hunt for the Golden Stag and eventually published by Mosaic Books as Golden Stag—and Davidar’s own acclaimed novel The House of Blue Mangoes.

Sivasundari says the plot of her novel, about a Nadar family of Tamil Nadu and spanning five generations, has been lifted by Davidar for The House of Blue Mangoes. That both authors hail from Tamil Nadu and belong to the Nadar community—Davidar is Christian, Bose is Hindu—may be just a coincidence, but is evidently the reason for the similarities in setting. It’s not about verbatim reproduction of passages, but rather about what she claims in her petition are similar characters and sequences of events, bringing complexity to the case. There’s also the curious fact that the alleged plagiarist’s work appeared in print before that of the accuser—the allegation is that he stole from a manuscript submitted to a publishing firm he headed.

It’s perhaps the first time in India that a publisher’s been accused of plagiarising from a manuscript submitted to him.

In her petition, Sivasundari says the manuscript of her book was submitted to Penguin India in January 2000, when Davidar was its boss. She also submitted the manuscript to other publishers, including HarperCollins and Minerva Press. While some publishers rejected her work, she says she was asked by a copy editor at Penguin to follow up after a month. When Penguin did not respond after a long wait, she revised the manuscript and sent it to them again by courier in 2003. This time, Penguin told Sivasundari her manuscript did not fit into their fiction list. But by this time, her petition says, Davidar had already misappropriated from the manuscript. Turning it around a bit here and a bit there, the petition alleges, he put together his own book, which appeared in 2002.

Davidar rubbishes these charges. He says he never saw Sivasundari’s manuscript and that he had started work on his first novel, a semi-autobiographical account of his clan, long before 2000. The first time he heard of her, he says, was when two notices on the charge of plagiarism were served on him by her lawyer and he in turn moved court, alleging defamation last year. “There was no question of ever seeing, much less copying, from the book,” Davidar’s lawyer stated in court. “It wasn’t his duty and it was also physically impossible to see the thousands of unsolicited manuscripts received during his tenure as CEO/publisher of Penguin India.”

But Sivasundari is adamant that Davidar must certainly have read her manuscript because of the striking similarities in the storyline. Some of the many she has enumerated are: the period, 1900 on in her book, and 1899 on in Davidar’s; some instances in which characters in the two novels mirror each other, including having common names; and 31 points of what she claims are similarities, including some minor points.

Davidar maintains there is no similarity—whether in theme, textual content, style, plot, events or characterisation. A point he makes is that, while Bose’s work spans the entire 20th century, his stops at 1947; and that Bose devotes only 45 pages to the period covered by Davidar.

Davidar says Sivasankari’s legal action is that of a lesser known author setting upon a well-known writer.

But why has Bose moved court now, nearly 10 years after The House of Blue Mangoes came out? She says she approached many lawyers, but nobody was ready to take up the case. Then she met senior advocate Ritu Singh Mann, who felt Sivasundari had a strong case. On his part, Davidar has moved court after notices were served on him, the first in May 2011 and the next two months later. He says in his petition that his novel, set against the backdrop of 50 years of south Indian history (1899-1947), was inspired by his own family. He contends that Sivasundari’s legal action is an instance of a lesser known author targeting a high-profile novelist. He has sued Sivasundari in the Delhi High Court for defamation, stalking, extortionate intent, among other charges.

Anyone who reads both the books, he says, would find the charges laughable. He has submitted to the court that he began work on his novel as early as 1988 and over the next decade the book went through three more drafts. The final draft, he says, was ready in April 2000 and edited by author Vikram Seth.

As to Sivasundari’s alleged similarities between the two works, Davidar says they are limited to factual events and conditions pertaining to a certain period; the use of common English words and phrases to describe the same phenomenon; and elements common to multi-generational family sagas.

Denying any copyright infringement or plagiarism, Davidar has made a point-by-point rebuttal (see graphic). Her demand for an apology and public acknowledgement of wrong-doing, he says, is aimed at hurting his reputation and image merely because Penguin rejected her book. He has claimed Rs 21 lakh in damages. Sivasundari, too, has slapped a case on him, demanding Rs 10 lakh in damages.

Publishing in India is strewn with instances of plagiarism and ignominious outings. But this is probably the first case of an publisher-author pitted against an author who once submitted a manuscript to his firm. It comes up for hearing in Delhi High Court on August 24, a year after the first petition in a lower court. The way the case pans out may well have the makings of another page-turner.

Sivasundari’s charges, and what Davidar has said in his reply in court...

The Fog Of Deception