Who Cares For The Care-Givers?

As the world closes its doors, a strike in Kerala shows the abysmal state of nurses in the ‘granary of nursing’ 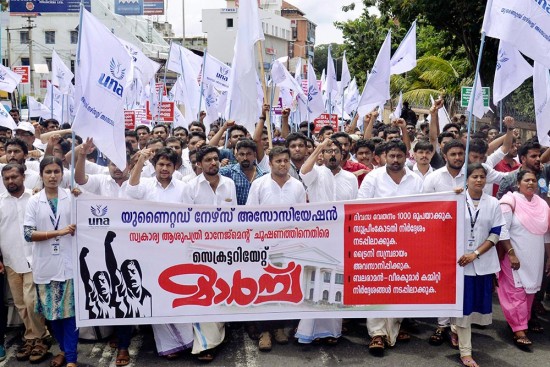 It’s almost like a untended health problem that’s become a full-blown medical emergency—and it stalks the very core of the medical establishment. Nursing, the one thing in healthcare that everyone takes for granted, is in crisis. And Kerala, which almost functions as an organ that pro­duces this vital resource for the whole body, is at the centre of it.

Two stories express, in all their biographical drama, both the general elements—those always present as an underlying condition—and the specific turns it is taking. The first story, that of Marina Jose, is one of double betrayal by fate. This 42-year-old senior nurse from Palikkathode village, near Palai, was held hostage along with 45 other nurses by ISIS militants in Iraq—a dramatic episode that became...