Who Awaits The Native’s Return? 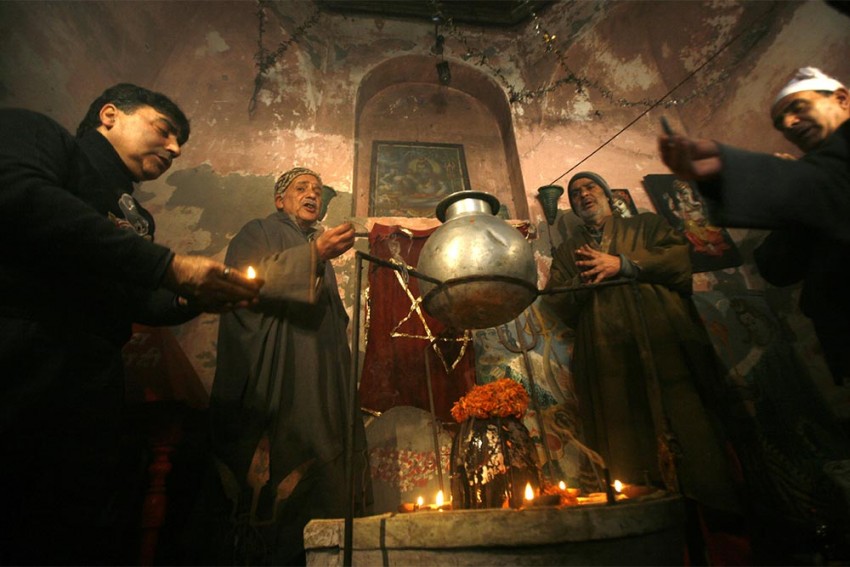 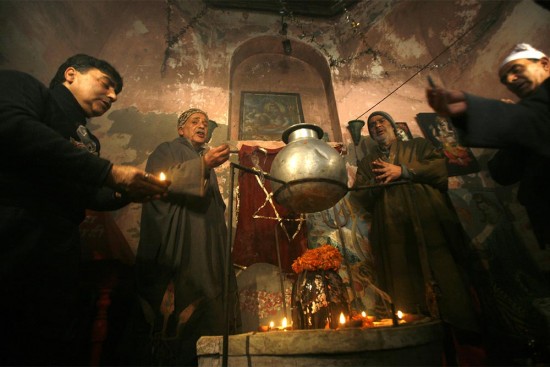 For long, 50-year-old Sanjay ­Tickoo has been fighting for the rights of Kashmiri Pandits based in the Valley and the return of those who migrated elsewhere in the country. Welcoming the resolution introduced by Opposition leader and former chief minister Omar ­Abdullah last week on the matter and passed by the Jammu and Kashmir Legislative Assembly, Tic­koo, who hails from the volatile Old City in Srinagar—a “separatist hub”—and leads the Kashmiri Pandit Sangharsh Samiti (KPSS), comprising Pandits living in the Valley, says the devil is in the details.

“The resolution is a significant development and an acknowledgment of our suffering. But is there any mechanism to implement it?” asks Tickoo, pointing out that improper ­execution could well trigger another wave of migration. “Is the Valley safe for the return of Pandits, especially in the current situation, that follows months of unrest? And didn’t the National Conference side with the separatists when they opposed separate townships for Pandits in the Valley in 2012?”

Omar moved the resolution on January 19 and the House passed it unanimously, except for a dissenting note from independent legislator Engineer Rashid. In a rare gesture, the ruling People’s Democratic Party (PDP) and the BJP supported and hailed the resolution. BJP legislator from Nowshera, Jammu, Ravinder Raina, even said his government “will roast the militants (bhoon daalenge)” and jail the separatists if they dared to obstruct the Pandits’ return. He said it was a blot on Kashmir that “Pandits, Sikhs and nationalist Muslims had to migrate from the Valley and were still wandering, pushed from pillar to post”.

In 2008, the UPA government had ­announced a package of Rs 1,618.40 crore for the return and rehabilitation of migrant Kashmiri families. Under the package being implemented by the state, around 2,000 migrant youths have been given jobs in the state government, mostly in the education department. The Pandit beneficiaries stay in newly constructed 1,010 transit accommodations in north and south Kashmir and work in different places. There are scores of ­other Pandits, mostly retired government employees, who visit the transit camps to spend the summer months in the Valley.

For many reasons, though, the issue of permanent return to the Valley is more complex for Pandits living in the ­migrant camps. Sarla Bhat, 45, who hails from Sogam Valley of frontier Kupwara district in the Valley and lives at Jagti migrant camp, was outside the Muthi migrant camp this Sunday, January 22, along with her relations. They were on the way to see a relative who has managed to build a house in Jammu. “If the situation returns to normal in the Valley, as it was during our teenage years, before 1990,” says Sarla, “then we would think of returning.” Her female kin, who were with her, chip in and tell Outlook they are not sure whether they would be safe even if the government establishes separate colonies for them.

Sarla’s generation is in a Catch-22 situation. They long to the return to the Valley and are all praise for its syncretic culture, but are also concerned about their safety and whether the Valley could provide jobs to the educated migrant Pandit youth. “After migration, our parents suffered a lot,” says a relative of Sarla. “There was no socialising in Jammu and other places. The culture was different, they failed to adjust and they fell ill.”

Another woman says that the young ­generation is mainly concerned with jobs and security. “Why should my son, for ­example, who is settled in London, come back and live in the Valley?” asks Sarla, pointing out that a lot of migrant Pandits are not so lucky. “The ­government is not doing enough for those who are unemployed.” 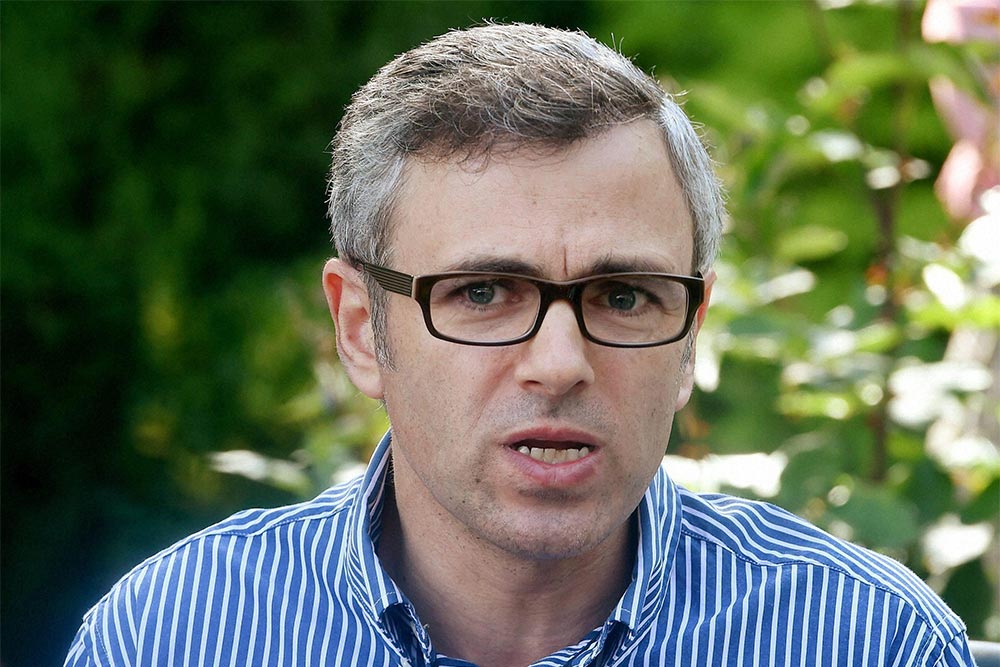 Photograph by PTI
The state government says 219 Pandits were killed in the Valley since 1990, but the KPSS has listed the names of 637 who were killed, says Sanjay Tickoo.

In fact, the National Conference is in a tight spot today as a section of Pandits, including Tickoo, are accusing the ­party of not doing any groundwork ahead of moving the resolution in the assembly. Hardliners in Kashmir say Omar’s ­party has not been serious in following up on most items on its agenda, including the autonomy resolution and the ­Resettlement Bill.

“I objected to the resolution as it has not talked about thousands of Muslim migrants, who crossed to Pakistan from the border areas of Kashmir,” says MLA Rashid, who accuses Omar of lacking political commitment and will. “It is also silent about the Resettlement Bill, which was exploited by Omar’s father Farooq Abdullah and, before him, by his ­grandfather, Sheikh Mohammad Abdullah, for their political gain.”

Unlike the autonomy resolution passed by Farooq in 2000 and the ­Resettlement Bill, passed by the Sheikh ­Abdullah government, the party says it was not bound to give any roadmap for the return of Pandits. “It was an initiative to evolve a political consensus on the exodus of Kashmiri Pandits from the Valley and there was no ­necessity to give a roadmap,” says National Conference spokesman ­Junaid Azim Mattu. “On the other issues, our party will follow its political agenda, ­including restoration of autonomy, without being apologetic about it.”

In 2000, the Jammu and Kashmir ­Legislative Assembly adopted by voice vote a resolution accepting a report of the State Autonomy Committee (SAC), recommending greater autonomy to the state after an intense debate on the ­issue both in J&K and across the country. ­Farooq had set up the SAC in 1996 when he took over as chief minister.

Earlier, after a spectacular electoral win in 1977, Sheikh Abdullah had come up with the Resettlement Bill in the ­assembly, which gave the right to return to Kashmir to all subjects of Jammu and Kashmir who had migrated between 1947 and 1953, and their descendants. The bill was aimed at paving the way for the return of nearly five lakh Muslims who had migrated from Jammu after the 1947 riots. The then governor, B.K. Nehru, delayed the assent to the bill and ­Farooq had to get it passed in the assembly again in October 1982. The then central government under Congress PM ­Indira Gandhi, though, refused to play ball and moved the Supreme Court against the J&K assembly’s decision.

Now that the NC has passed the resolution and every party has endorsed it, Tickoo says all the parties should campaign for it—“going door to door, as they do in elections”—to seek the support of the majority of Kashmiris. “Until the return of Pandits gets support from all quarters, such resolutions are meaningless, and any ill-devised plan to settle them in the Valley could set off another wave of migration, just like what happened in 1990 after Pandits were killed.”

While the state government says 219 Kashmiri Pandits were killed in the Valley since 1990, Tickoo says KPSS has listed the names of 637 Pandits who were killed. Connecting the return of Pandits with that of the larger Kashmir issue, he says once progress is made on the latter, the return should be made part of the solution. “Only then can there be a long-term settlement,” he concludes.

By Naseer Ganai in Srinagar & Jammu

The Test Of A New Track