While El Dorado Closes The Gates

Trump’s promise to turn the screws on foreign workers in the US may force the Indian IT sector to change its ways. Here’s why. 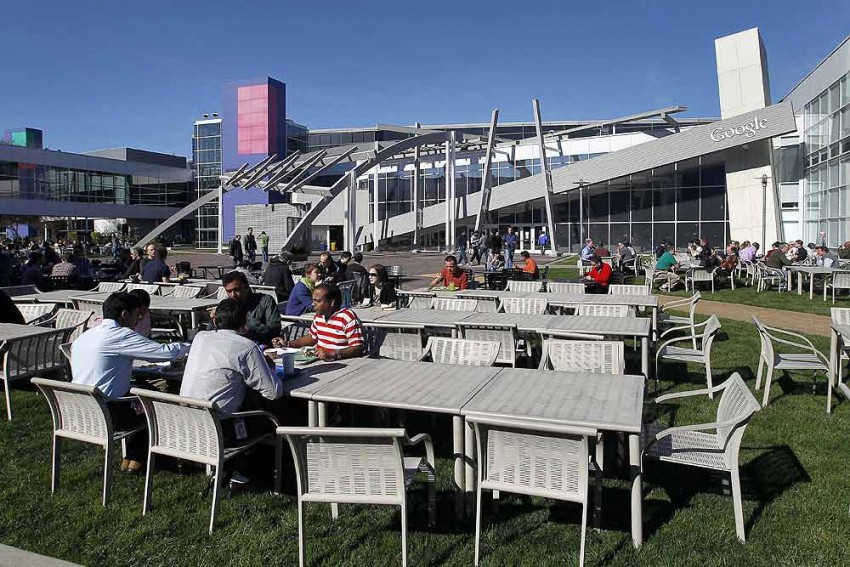 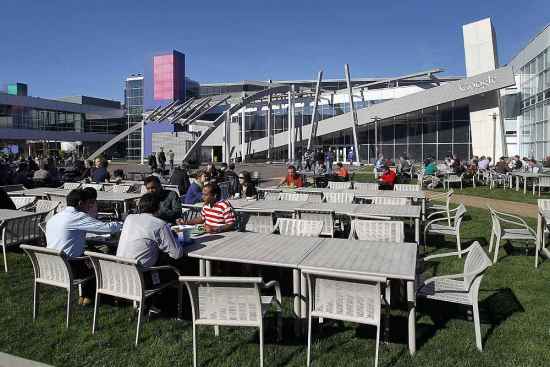 There is an uneasy calm in the information technology (IT) sector in India these days. Ever since Donald Trump won the US presidency, it has been a war of nerves for most Indian IT companies. In the week following the US election results, large Indian IT companies’ stocks tanked by about 1-8 per cent. The future of their projects in the US is at stake. One of Trump’s strongest election time promises has been to attack the existing US immigration laws. Worse, he has promised to change the US visa rules, especially the H1B visa, the one used by Indian IT companies to send technical staff to their US projects.

Last Monday, in his first post-election address to people through a YouTube video, Trump minced no words. He said he will direct the US labour department to investigate abuse of visa programmes for immigrant workers. He also made it amply clear that foreigners working in the IT sector may face tough scrutiny under him.

“Trump is trying to plug loopholes in immigration policy,” says Rogelio Caceres of LCR Capital Partners. “Infosys and TCS will not find much support.”

That Trump is not shooting the breeze is evident from the fact that a few days ago, he proposed the name of Senator Jeff Sessions as the next Attorney General of the US. Sessions, who has been a long-time critic of the skilled worker programme, has repeatedly attacked the H1B visa programme in the past and has often sought to curtail it. Last year, he had also introduced a legislation aimed at making available lesser visas to outsourcing companies from India like Infosys and TCS.

Trump’s crusade against H1B visas and immigration of skilled workers from India has been going on for several years. While the topic came up several times in his election speeches, long before the campaign, he had proposed a tax on companies outsourcing employees from countries like India in 2011. Trump’s hard-line stance against H1B visas comes from the belief that Indian workers have been responsible for large-scale layoffs and loss of jobs for Americans.

While the attack has been mainly on the H1B visa programme, the Trump administration is also talking in terms of altering the rules for the L1 visa scheme, also used by IT companies for sending workers to the US, as well as the EB5 programme, which is used by both companies and individuals to directly get a green card in the US.

Making the L1 visa process more stringent, though, may not affect Indian IT companies so much because most of them have shifted to the H1B scheme for sending skilled workers to the US. Significantly, the minimum investment limit for EB5 visas, which helps people get a green card, may also be raised from $500,000 to about $800,000 early next year.

“Trump’s immigration policy is very nationalistic,” Rogelio Caceres, co-founder and CMO of the US-based LCR Capital Partners, tells Outlook. “He wants to plug the loopholes in the immigration system. Infosys and TCS will not find much support in the Trump administration.” He feels there will now be more stringent requirements for H1B visa applications and it will become extremely difficult to obtain an H1B or L1 visa.

Obviously, Indian companies are on the defensive and feel it is a matter of concern for them if visa rules were changed. “It is a big challenge for us,” says Shivendra Singh, vice-president of Nasscom. “Indian companies use the H1B and L1 route to send skilled workers to the US. If altered, it will affect us significantly and alter the level playing field. We have said we are willing to hire locally as long as we get talent there.”

Experts closely watching the situation feel there are many ways in which the Trump administration can come down heavily on the companies that use the H1B programme to send workers to the US. The first way would be to make the visa process more stringent and difficult to obtain by adding more qualifications and asking more questions. It is anticipated that there will be more examining and employers may need to meet more requirements to petition for H1B visas for their foreign employees to work in the US. Additional scrutiny of the workers themselves before applying for their H1B visas is also likely.

This would serve as the first filter to check indiscriminate issuance of H1B visas to skilled manpower from India.

But what may hurt Indian companies quite a bit is the proposal to hike the minimum wages for H1B holders from the current $60,000-75,000 to the range of $100,000-120,000. A higher minimum wage threshold has also been explicitly mentioned on Trump’s website. This, exp­erts feel, will not only put an additional burden on Indian companies and affect their margins, it will also cause inflation in tech salaries in the US, making tech hiring even more difficult even if Indian companies were to increase local hires.

“Trump’s victory has raised some concerns for Indian IT,” writes Ananth Narayan, research analyst with Credit Suisse, in a paper on the impact of Trump’s immigration policies on the sector. “Measures being discussed include a higher wage threshold, higher visa fees, lowering the visa limit and imposing an outsourcing tax. Increases in visa fee and minimum salary threshold could impact margins. A lower visa limit seems unlikely. Outsourcing tax could have some disruptive impact.”

A drastic increase in visa fees, too, will affect margins significantly as this may happen along with a hike in the minimum wages for H1B visa-holders. According to Narayan’s paper, the last time the H1B/L1 visa fee was raised, an increase of $2,000-2,250 ended up impacting the margins of Indian IT companies by 20-30 basis points. A 10-15 per cent increase in salaries for H1B/L1 visa-holding employees could impact margins by 150-200 points.

Another extreme step the Trump administration is talking about is to reduce the number of H1B visas available for countries like India and China. The US government offers 65,000 H1B visas for technical workers in a year and another 20,000 for graduate student workers, for which there are 230,000-240,000 applications. In 2015, 70 per cent of all H1B visa-holders in the US were Indian nationals. TCS and Infosys combined had approximately seven per cent (7,570 petitions) of the 109,292 H1B petitions approved for initial employment in FY2015.

“If the number of H1B visas is reduced from the existing 65,000, it will hurt because currently there are over 230,000 applications and the selection is done through a draw of lots,” says a top official, who didn’t want to be identified, from a top IT company that uses H1B visas to send professionals to the US. “If it is reduced by 20-30 per cent, it will have a deep impact on the Indian companies that depend on these visas.”

“Indian workers are just 0.009 per cent of the US workforce,” says Shivendra Singh of Nasscom. “Job loss due to H1B workers is less than 1,000 per year.”

“If Trump does take a stringent stance, it is likely that he will increase visa fees and/or set a minimum wage limit for visa-holders,” says Sagar Rastogi, analyst with Ambit Capital. “This could hurt margins slightly, but will not break the companies’ business model. He is unlikely to ban off-shoring entirely because there is not enough qualified talent in the US, which is reflected in the fact that unemployment rate in the IT sector is just 4.1 per cent or 114,000 people, while there must be over 500,000 Indian visa-holders in the US.” There is a demand for technical manpower from India in the US because of a severe shortage of good technical talent in the US that prevents companies from filling vacancies with Americans. According to a survey by the US labour department, there will be about 2.4 million unfilled STEM (science, technology, engineering and maths) jobs in the US by 2018, at least half of which would be computer- and IT related. US Conference Board data for November 2016 shows there is just one technical person available in the US for every four vacancies.

Singh refutes the allegations that Indians have been responsible for layoffs and loss of jobs in the US or that Indian companies are sending low-paid workers there. “At least 33 million leave their jobs voluntarily in the US every year,” he says. “Indian workers in comparison form just 0.009 per cent of the US workforce. Job loss due to H1B workers is less than 1,000 per year.” The US labour department says an additional 21 million people are discharged or laid off annually. Singh also points out that, according to the Government Accountability Office of the US, H1B professionals earn the same or more than their US counterparts.

The contributions of H1B visa-holders to the US economy is another story. According to official estimates, Indian companies have generated 411,000 direct and indirect jobs in the US and made an investment of $2 billion, besides $20 billion paid in US federal and local taxes between 2011 and 2015.

So what will companies do in case the Trump administration actually reduces visas and increases minimum wages? “In the worst case scenario, if the number of visas granted to Indian companies is reduced, they will partly cope by increasing the proportion of revenue delivered outside the US and making greater use of tools like video-conferencing,” says Rastogi. “In some cases, they will also have to refuse business.”

As of now, the companies are taking a cautious approach and watching the developments closely. TCS, Wipro and Cognizant declined to talk to Outlook on this issue and Infosys issued a measured statement that read: “We are closely monitoring the developments and as we have seen in the past the legislative process takes time. There have been multiple bills in the past before the US Congress with a variety of proposals on the subject. Hence, it is too early to assess the impact given the uncertainties on the nature of proposals that are likely to be taken up.”

Even Barack Obama’s election campaign had attacked outsourcing, but it was business as usual after he became President. But many Indian IT companies believe this time the noise is more serious and Trump seems determined to act on his promises as far as H1B visas and immigration is concerned. In the past two years, they have stepped up their local hiring in the US, but a significant number of professionals are still sent from India. Now that would get affected. The companies have to be prepared for what seems inevitable. Unless if the Don has a change of mind and maintains status quo a la Obama.

Signing A Register And Living In A Ghetto