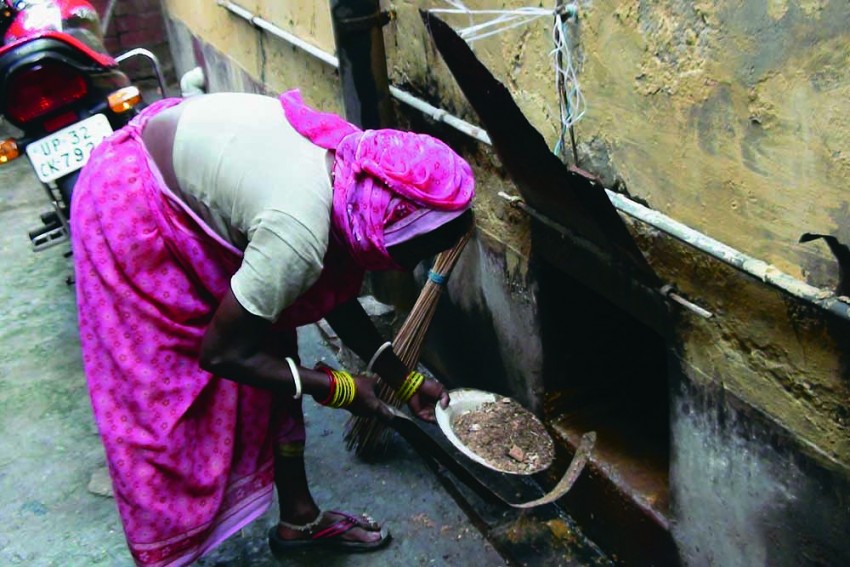 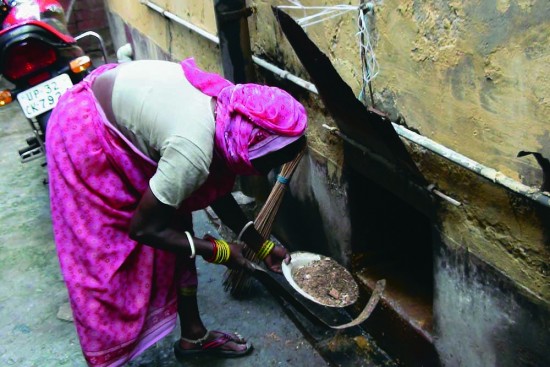 When Meena decided to go to school, her mother identified one quite far from her home. Sharda was a manual scavenger and knew that her occupation could spell trouble for her daughter. Meena went to a government school and struggled to reach class VIII. But her ambition was cut short when teachers and the principal at the school made her life miserable after stumbling upon her mother’s identity.

Inevitably, Meena too ended up as a scavenger, got married and gave birth to a baby girl. But the infant was born with disabilities. An NGO persu­aded her to leave the occupation and pro­mised help. It was easier said than done. In the last six years, Meena and five other women scavengers have approached Delhi CM Sheila Dikshit and other dignitaries. She also applied for a loan to the National Safai Karmachari Finance & Development Cor­poration, but is yet to get a loan.

Her story is hardly unique. Most of India’s four-five lakh manual scaveng­ers—over 80 per cent of them women—have sim­ilar tales. But India continues to be in denial. Most states have filed pat­ently false affidavits before the Supreme Court, denying the existe­nce of manual scavengers. Strangely, the denials have come even as the first nat­ional survey of manual scavengers is being carried out in the 3,456 statutory towns.

Manual scavenging was legally banned in 1993. Since then, no one has been conv­i­cted and not one scavenger ‘honourably’ reh­­­ab­ilitated. Ironically, the biggest employer of manual scavengers is the Indian Railways, which shows little urgency to get rid of this demeaning pra­ctice. Clearly, it does not feel the law extends to it.

What is even more surprising is that the Centre has been setting aside funds for the rehabilitation of scavengers. The last two Union budgets had set aside Rs 100 crore each year. Not a single rupee was spent, as no state came forward to claim it.

Parliament this year passed a new law for the eradication of manual scavenging. But while acknowledging the historical injustice, it stopped shy of apologising to the half-a-million who continue to clean and carry human excreta. Equally shameful is the fact that neither Par­liament nor government has the courage to set a deadline to rid the country of manual sca­venging. Sustained campaigns have, however, helped build awareness. Now several central ministries are competing to champion the scavengers’ cause.

While the new law was initiated by the Union ministry of social justice, the ministries of rural development, water and sanitation, urban development etc are all concerned with the issue. Partly because of increasing budgetary support, more and more NGOs have jumped into the fray.

To be fair, deadlines were set by several PMs in the past for ending scavenging. Even Manmohan Singh had declared from the ramparts of the Red Fort that India would rid itself of sca­venging by 2011. But Ambedkar had pointed out that law alone was not enough to put an end to social evils. One needed both political will and support from civil society. In the absence of such will, no end appears in sight to this sordid practice.

(Bhasha Singh is an assistant editor at Outlook Hindi, and author of Adrishya Bharat, a book on manual scavenging, whose English translation, Unseen, will be out soon)