Rushdie’s layered peek into a New York crime family includes half a universe—from Bombay to Brecht, from Kangana to Borges and from jazz to Aadhaar 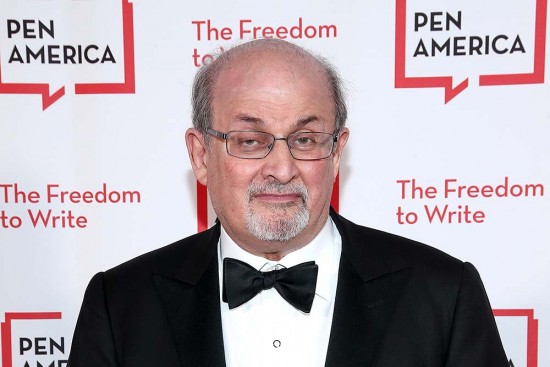 From dangerously veering towa­rds being anointed The Shah of Blah by his fans in his last few outings, Salman Rushdie is back as the master of Ocean of Notion with The Golden House. The wit is wry (“the emigre billionaire with a big stake in Silicon Valley and a wife with a big stake in silicon as well”), the word-play savage (“That’s what, Z-Comp­any?’ ‘It’s the mafia,’ said D’), the names of characters cratylic (the secretaries Ms Fuss and Ms Blather, the gallerist is Frankie Sottovoce, the furniture seller, William Sloane Coffin), the canvas vast, the plotting taut, and the realism, well, almost magical. The story of the imp­robably named protagonist Nero Jul­ius Golden is in thriller mode, almost unputdownable, complete with underworld family intrigue, femmes fatale, prodigal sons, double-crossing associates, abductions, shootouts, arson, poisoning, illegitimate children and a Shakespeare-grade denouement. At the end of it, though, there is a vague feeling of familiarity—the feeling that you know a terrain well even if you have never been there before.

The book begins with the first swearing-in of President Obama, that autumnal day when hope is in the air, when the most cynical of voters have a warm tear in their eyes. In a smart parallel between Wash­ington DC and DC Comics, it ends with Batman villain The Joker marching over America with The Penguin, The Riddler, Double Face and Poison Ivy. Through this arc is the story of the Don Corleonesque Nero and his three sons, who suddenly land up at the ‘Gardens’ in the tony district of New York, flashing their wealth and bad taste. Nobody knows who they are or what they do. Old man Nero, part Jay Gatsby, part King Lear, has fled from his past and come to the land of dreams. His sons have chosen classical Roman names before leaving “the city that could not be named”—the eldest, Petronius or Petya, in his forties, agoraphobic and alc­o­holic, is brilliant and autistic; the second, Lucius Apuleius, or Apu, is fla­­­­m­­­­boyant and grega­rious, and an artist. The last, the much younger Dionysus or D, is not a blood bro­­t­­her, and he is struggling with his sexuality.