When The Quiet One Weaves A Web 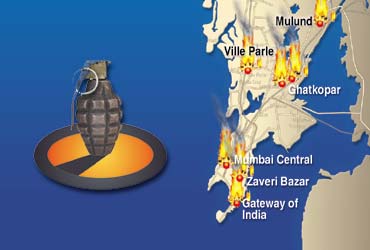 outlookindia.com
-0001-11-30T00:00:00+0553
In J.J. Hospital's forensic department the dead meet doctors who too have no future. But in that bowel of medical science where, according to associate professor Dr Vinod Agarwal, "people with low academic abilities land," there was a bright boy from Aurangabad who lived in the hostel's room No 72. Just under six feet tall, bearded and spectacled, he never drank but smoked an occasional cigarette. He was 28, well-liked and a good lecturer. He even invited everybody he knew to his family-approved marriage in Aurangabad.

A fortnight later he was arrested by the Mumbai police for masterminding a blast in Ghatkopar, an eastern suburb of Mumbai. Nobody in J.J. Hospital thought he could be involved. Dr Agarwal who admits, "I absolutely liked him," adds that while a few in the forensic department still find it difficult to believe that Dr Abdul Mateen Basit was a criminal, many are beginning to look back at his ways. And they are piecing together a man who in hindsight, was not essentially normal. "He was unnaturally religious for someone so young," Agarwal says.

His social life was nil, except for the strange people coming to meet him in his room. One such person, the cops say, was Imran Khan, a recruiter for Lashkar-e-Toiba who was eventually deported from the uae. The police is now sure that the plan to leave a crude explosive in a bus was brewed in Dr Mateen's room.

In judicial custody now under pota, the young doctor once calmly told a a senior investigating officer, "You people in uniform, you are doing your duty. I am doing mine." He is one of the 20-odd men arrested in connection with the five blasts the city witnessed from December 2002. And it includes three doctors, five engineers, an mba and a National Defence Academy lecturer. They are the faces of the new enemy. They do not have criminal records. They don't hanker after money. They are committed.

The modus operandi is to use riot victims and others with a strong urge for revenge as the mediums of delivery. The Ghatkopar bomb was reportedly planted by two paanwalas, an ironsmith and a chemical engineer. None of them, according to an investigating officer, "did it for the money. Not even the paanwalas. It's purely ideology".

Dr Mateen was arrested along with Mohammed Altaf, a 28-year old chemical engineer, and 27-year old Shaikh Zaheer Bashir, an electronics and telecommunications engineer, in Aurangabad. They were involved in a firm called Pragma Soft Technology where the police claim they found a video of the Godhra incident and an 'Al Qaeda manual' which called for a war against countries that only understood "the dialogue of bullets".

Earlier this year, Dr Mateen came in contact with another accused in the case, Imran Khan, a driver based in Dubai. "Imran scouts for Abu Hamza," says an intelligence official. Abu Hamza is an isi operative. Men like him "probe" young people, particularly highly educated ones, at namaaz or other religious gatherings. If the subject seems vulnerable, they move in.

Usually these young men have "a mentor," according to dcp Himanshu Roy who has interrogated the Ghatkopar blast accused. Surprisingly, the mentor is seldom a misled philosopher but, "usually a sub-human perverse creature with a criminal record". It's such a man who sways boys at the other end of the knowledge spectrum. "The hurt and anger is intellectualised and the brain washing begins," says Roy. Adds additional commissioner of police Rakesh Maria, "You can break criminals but these guys think they are right. Even if they are willing to speak, there is only so much they know. These are small, independent cells. It's difficult to gather intelligence on these people. Most of these men are locals with possibly no direct foreign contact.They don't trust anybody else but their small, well-knit groups. Even their family members were probably clueless".

The Mumbai police knows how to deal with the underworld. It has a certain male logic. When a low level foot soldier makes a big killing, he spends it all on alcohol and women. The police tap the bars and the women, follow the money trail at the end of which will be a man who'll sing in police custody. The 1993 blasts was an underworld attack, a commercial assignment for the Tiger Memon gang. "But the men behind the recent blasts are very different," says acp Shankar Kamble who has investigated several underworld-related crimes. They do it for ideology, however warped it may be, and not for money.