When The Dragonflies Come Out

Fukushima grapples with the radiation fallout, Japan with idea of N-power itself 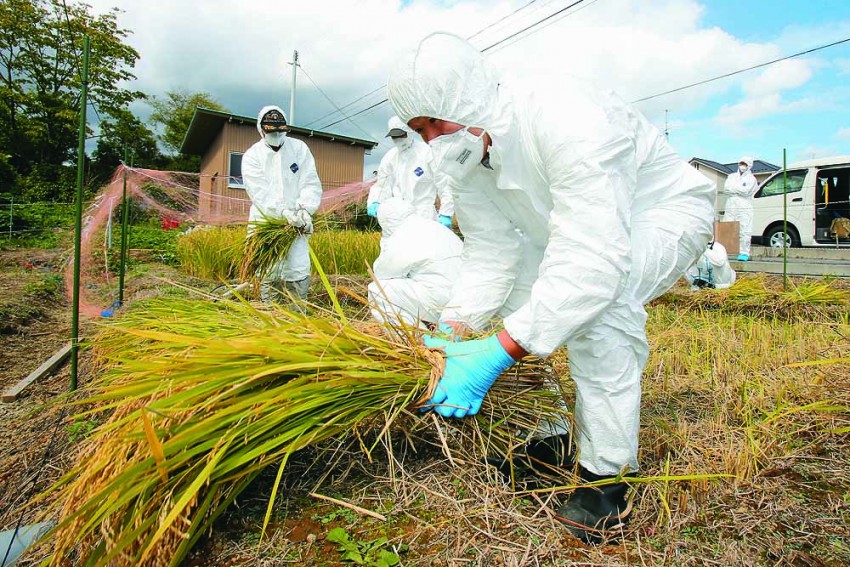 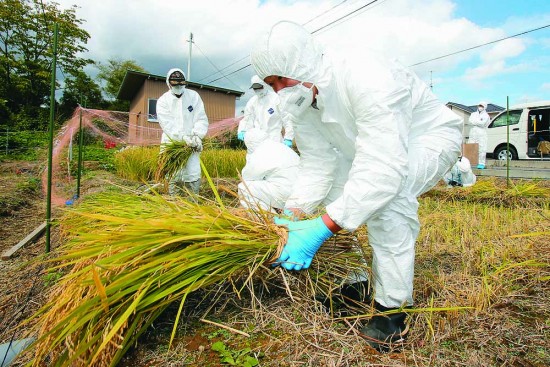 There is something terrifying about nuclear energy. It’s as if man decided to harness the power of God, and then made mistakes. One learns this lesson well in Japan, one of the most hi-tech, methodical and organised societies in the world. Two-and-a-half years after the nuclear disaster at the Fukushima Daiichi plant in March 2011, people in the region still lead a surreal life. Farmers walk in their paddy fields with radiation met­ers, they even attach the machines to the GPS in vehicles. And food grown in the region is still thoroughly checked.

Seiji Sugeno is head of the Fuk­ushima organic agriculture network. His farms are in Touwa, 48 kilometres from the nuclear plant. It’s a beautiful region, paddy fields in valleys and hills against the sea. He says in some ways they were fortunate the wind wasn’t blowing in their direction when the radiation came out of Daiichi plant in the Fukushima complex run by private company Tokyo Electric Power Co (Tepco). The status of areas affected by the radiation is still ‘evacuated’. Peo­ple only go there with protective gear and that too to sweep the streets (one way to get rid of radioactive particles).

Nearby, people like Sugeno and his family just live in the strange zone, a post-nuclear disaster world. The price of their agricultural produce has collapsed. At an organic farmers’ market here, a sign shows the five standards for vegetables to be organic. Now there’s a “self-imposed” sixth standard, and it’s for radioactivity. There are three mac­h­ines in the store to check vegetables and fruits. A sample from each field is tested before a sticker is placed saying they are safe for human consumption. 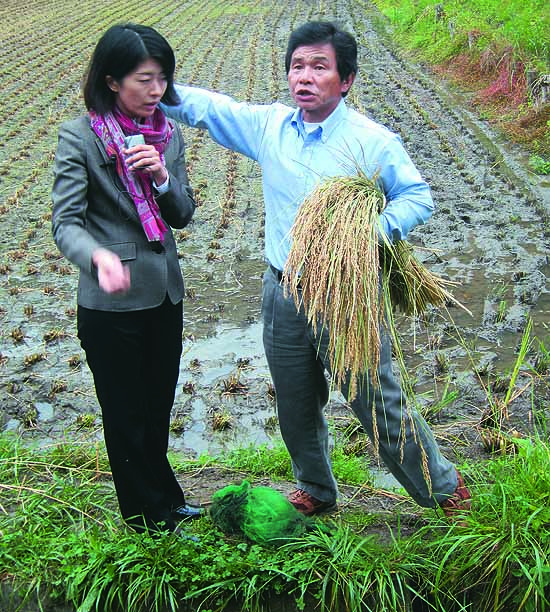 Seiji Sugeno shares the findings of the radiation monitor in his daughter’s car. Around noon, the readings seem to go up....

In the case of the staple rice, no cha­n­ces are taken and each sack is tested in larger machines. The farmers’ losses have been, to some extent, financially compensated by Tepco that pays damages every six months. Yet there is the reality of living with the unknown. Sugeno shares the findings of the radiation monitor attached to his dau­g­hter’s car. There is a time around noon when the readings seem to go up and it is when she is in the fields or near the hills. The radiation levels are still wit­hin norms declared safe, but as peo­ple here say, no one knows what will come in the future. The famed shi­take mushrooms of the region now have no market as the ‘root plant’ is believed to absorb greater radioactivity. And since some of the radioactivity must have settled on the bark of trees in the hilly woods, people believe the cells will change the leaves, fruit and flowers and something new will be born.

Sugeno is a writer and poet besides being an advocate of organic farming. He has written a lovely piece on dragonflies. Some lines from the translation read: “It was not one or two/But 50 dra­gonflies came flying out/Their soft wings glittering in the morning sun/They foster a world of their own.” Will the dragonflies of Fukushima and bea­u­tiful Touwa change forever? Will their wings now glisten with something else?

Dr Tatsujiro Suzuki is the vice-chairman of Japan’s Atomic Energy commission. He was once a great votary of nuclear energy, seeing it as a cheap solution to the world’s energy problem. As a nuclear engineer trained at Tokyo University and MIT, he has been on national and international forums and companies. Now he has this to say: “I thought nuclear safety was no longer an issue. I was completely wrong.”

He says it will take at least 30 years to clean up and decommission the Daiichi site and the total liability is likely to be over 6 trillion yen ($60 billion). He refers to a public statement made by Japan’s pro-nuclear PM Shinto Abe who said on September 7, “Let me assure you that the situation is under control. There have been no health-rel­ated problems until now, and nor will there be in the future.” That statement, says Suzuki “was news to me”.

Suzuki has been at the frontline of monitoring what is happening at the plant and says they don’t know what to do. Soon after the disaster, he started pos­ting a daily bulletin on the hap­penings at the plant. He understands the technology and says they have run out of solutions. He explains that there is a leak in one of the tanks and that the “bolts have become loose”. There’s also the human cost as 1,50,000 evacuated people are still to return to their homes. Did someone say it’s a cheap form of energy?

Till March 2011, nuclear plants supplied 30 per cent of Japan’s power. Over the past month, all N-plants have been switched off for routine checks and Japan is managing on fossil fuels, the costs of which have pushed up the power bills by 35 per cent. There is a pro-nuclear lobby and business interest group, nuclear energy advocacy by the US and a PM who apparently agrees. Yet people believe Japan will ultimately go the way of Germany, which has now decommissioned all its nuclear plants. Opinion polls show 75 per cent of the people want to phase out nuclear energy and say they don’t trust the government’s platitudes about radiation. Sugeno will be travelling to India in November and he has this to say: “I think it’s a national disgrace that Japan is selling nuclear expertise and energy to India and other countries. The models for the future have to be wind and solar energy and the rethinking of a blind adherence to growth.” Yet as long as people can profit from the industry, Japan will continue to sell nuclear energy and expertise outside its borders. But within its borders, no new plant will be built and the old are likely to be slowly decommissioned.

Meanwhile, in the affected areas aro­und Fukushima itself, there are now three zones. Areas where evacuation orders have now been lifted but reside­nts are reluctant to return; where residents cannot live but can visit for a few hours; and zones where residents can­not return for 30 years at the minimum. Little wonder people have strong feelings about this issue. So every Friday, people gather around Japan’s parliament, the Diet, to mark their protest. Slogans like ‘No more nukes’ and ‘Shame on you, Abe’, ‘Don’t export the nukes’ and ‘Protect the children’ ring out, candles are lit, songs sung, ideas shared. 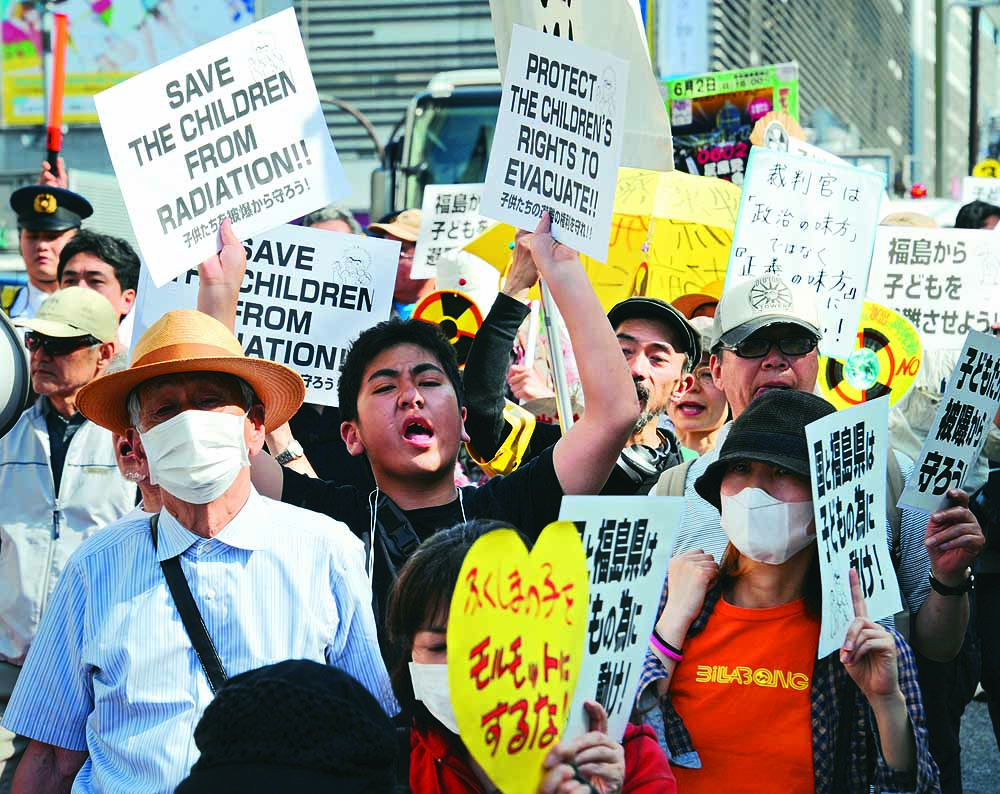 Yet as long as people can profit from the industry, Japan will continue to sell N-energy and expertise outside its borders.

Ordinary citizens, academics, writers, singers, clerks, businessmen all join the protests. Sora is a beautiful young sin­ger and a familiar face at these Friday protests. In October this year, she released a CD full of songs about 3/11 and its aftermath (3/11 is the day the killer tsunami struck Japan, as traumatic an experience as 9/11 was for the US). “They have been fooling people about radiation levels,” she says.

Another regular at the Friday protests is Prof Oguma Eiji, author of the quite brilliant work, A Genealogy of Japanese Self-Images. He sees the anti-nuclear movement as a force where local farmers, intellectuals, housewives, business elites all come together. He also says that Japan is facing the “crisis of instability of a globalised, post-industrial society...because it is no longer the country of manufacturing on which many social contracts were based”.

Back in Touwa in Fukushima prefecture, there is a wine factory built after the quake and tsunami. They make apple cider wine from the crop that’s thrown away. Naturally, the crop is tested for radioactive particles before being used for the wine but then, as a factory manager jokes, “wine drinkers care a little less about radiation”.

But it’s no laughing matter when everyday some 400 tonnes of radioactive gro­undwater from Fukushima flows into the Pacific Ocean. In late October, Tepco adm­itted that radiation levels in the groundwater had been spiking alarmin­gly. Tepco said that “4,00,000 becquerels per litre of beta ray-emitting substances such as strontium were detected in water sampled on October 17 from the same well located 15 metres from a storage tank that leaked 300 tonnes of highly radioactive water in August”.

Most lay people would not underst­and this technological data and terminology. But in Japan many do—just as they also buy simple radiation detectors that look like a blood pressure monitor and cost around $80 per piece. People know there is something they do not understand about what is happening at Fukushima. They say countries still going for the nuc­lear option are playing with a power no one can harness. When things spiral out of control, there are no solutions.

The night falls quickly on Fukushima and inside homes the radiation meters show a drop in the readings. Per­haps it is safe tonight. After all, the food they are eating has been thoroughly tested. The dragonflies shimmer and van­ish. At Daiichi, a water with the ability to change all living cells continues to collect before it is released into the ocean.

By Saba Naqvi in Fukushima, Japan.

Edited to correct an earlier version which erroneously referred to Seiji Sugeno as Sugeno Masatoshi.