When The Devil Wore Feldgrau

English fiction makes a rare rendezvous with the eastern front in WWII. This journey through a corner of occupied Ukraine is a harrowing one. 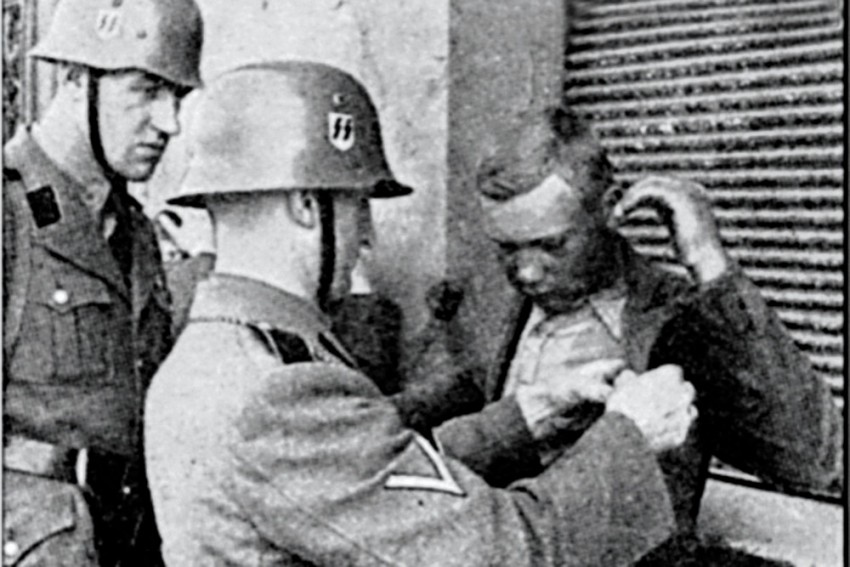 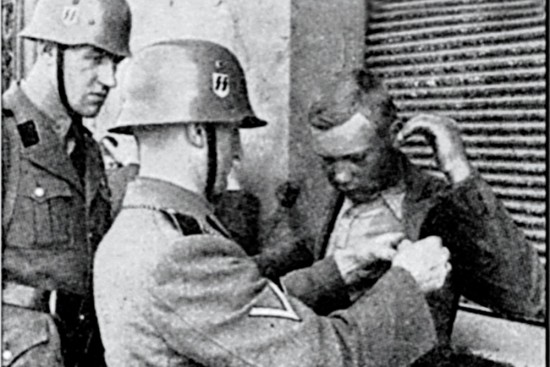 In all of modern history, Ukraine and Belarus, between July 1941 and July 1944, would have been the worst pla­­ces to be in. In those years, Hitler’s invasion of the Soviet Union reached a level of barbarisation that is still unequalled. Red army stragglers were shot, so were hundreds suspected of any ‘Bolshevik’ sympathy. Towns and villages were stripped of food, anything other than base prostration res­ulted in villages set afire, their populations scattered to the wind. Fear and hunger stalked the land. But the Jews were chosen people; a special fate awa­ited them. Rachel Seiffert’s A Boy in Winter details a few days in November 1941 in a small German-occupied Ukra­inian town as it is paid a visit by a SS detachment. Through a cinematic dep­l­oyment of perspectives of her characters, Seiffert cracks open motives, emotions and states of being.

The novel opens with the town’s old sch­­­­oolmaster and his ancient mother (her “cheeks wrinkled like winter apples”) being chased through the streets, to the holding point in a factory with other Jews before their ‘deportation’. There, the crush is terrible; among them is the optician Ephraim with his wife and daughter, frantically expecting his sons Yankel and Momik, who had disappeared the night before. Seiffert drills into the fri­­g­­htened crowd: rumours are hissed—they are bound for the Lodz, Minsk or Warsaw ghe­­tto, “among our own”. Then, a bitter know-all says, “They’ll take us to Poland and make us into soap”. His words shock; he is disdainfully ignored. The power of the scene is disconcerting, but it’s another matter that a Jew from small-town Ukraine knows about the kil­l­­ing factories in Poland then only tak­­ing shape. Few in the Wehrmacht/SS had an inkling of them.

Yasia, a farmgirl from a nearby village is also caught in the maelstrom as she steps into the hushed town, carrying a bag of apples for barter, but mostly to meet her fiance Myko, a Red Army deserter who has joined the ‘Auxiliary police’ under the German occupation. Through her back-story Seiffert tells of the terrible Soviet yoke—forced collectivisation, broken fam­­ilies, a culture repressed. And, as in all occupied territories, the question of ‘collaboration’ lays its dirty fingers in this remote patch steaming over the marshes. Myko stands for the unheroic masses when he says, “We had the Soviets. Well, now we have new masters. But it will be just the same”.

When Yasia stumbles into 13-year-old Yankel, with his little brother on his back, on the fog-wrapped street, she shelters them in the workman Osip’s house, trying to find out more. But Yankel—taciturn, headstrong, unsmiling, hell-bent on survival and fiercely protective of his bro­ther—won’t speak. Yankel doesn’t ever speak, but their racial identity is revealed when Yasia hears the Yiddish the boys whi­­sper; the townsfolk cotton on too. Mixed with fears of German reprisals are uglier, older prejudices—Ukraine has been a most fertile ground of anti-Semitism since Tsarist times. Yasia and the boys are turned out. Their excruciating journey with an old horse, cart and meagre rations, through bitter cold, sleet, rain and a vast, fast-freezing wilderness, towards Yasia’s uncle’s village in the marshes, provide the meat of the novel’s action. Yasia and Yankel’s sullen, painfully-felt heroism is an utterly believable survival tale.

Otto Pohl, the anti-Nazi civil engineer, is the one character with moral certitude. He’s torn between professional pride and the need to use slave labour. But he appears to be naive too.

The one character with moral certitude is Otto Pohl, a Wehrmacht engineer tasked with building a road “to serve the Reich and its expansion”. An ardent anti-­Nazi, Pohl is racked with guilt at the grim reaping of the Reich’s march into Poland and the USSR, and loathes being forced to answer to the SS. The inevitable outburst occurs when the SS officer asks him to choose able-bodied men among the Jews. Yet, for someone who has lived through ’30s Germany, seen the Kristallnacht and been in occupied Poland, Pohl’s shock appears naive. Again, the certainty with which he predicts a German defeat in the east is uncannily clairvoyant. In the aut­umn of 1941, even before that first winter disappointment before Moscow, no one, not even the Soviets, believed that.

What makes this novel a rewarding exp­erience is the recreation of a physical world—the seeping fog making paved stones slippery, the eeriness of a town under curfew, the dripping stands of birch and pine, the soft meadow underfoot tur­ning into watery marshland, the low-­han­ging mist.... Equally masterful is the con­­­­fused whorl through Myko’s eyes as the humiliated Jews are hurried on; all they want is to be herded like cattle into  trucks. Yet, a ring closes in: drunk, swaggering SS men, their jeeps and lorries churning up mud, march music blaring, unholstered guns, the din of engi­nes and the smell of exhaust fumes.... And what did they do that leaves such an aftertaste of hell? Think Babi Yar, think Nikolaev.