When On Khyber 'Ills We Lay

When an army doctor recently told him to continue with his pleurisy medicine until his 100th birthday, Dubey's quick response was "And after that?" 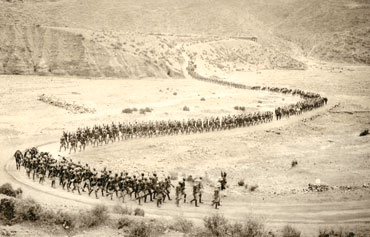 No, old soldiers never die. In their drawing rooms, from their bridge tables, they watch as ghosts of past conflicts reappear on old battlefields and suck in new generations of combatants. Seventy-odd years ago, as a small player in the Great Game, Uday Chand Dubey saw Waziristan close-up. 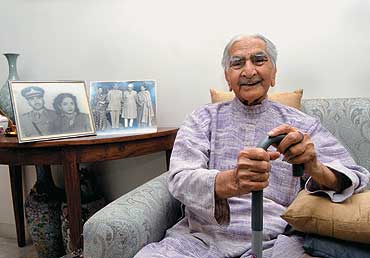 Dubey at home in Delhi, shortly before his 100th birthday

The young lieutenant was among thousands of imperial soldiers posted to keep an elusive peace (and learn the basics of warfare) on the restive borderlands between British India and Afghanistan. His fraying photo album, enticingly titled Razmak, captures it all, in pictures taken by army photographers: snaking columns of soldiers endlessly on the march through majestic but harsh terrain; jirgas of "hostile tribals" with loaded rifles and knives against the backdrop of jagged rocks; hilltop "picquets" that were always in danger of being overwhelmed by Waziri tribesmen who knew...