When No One Spoke Up

The PM’s silence, the perils of not being ‘political’ were his undoing 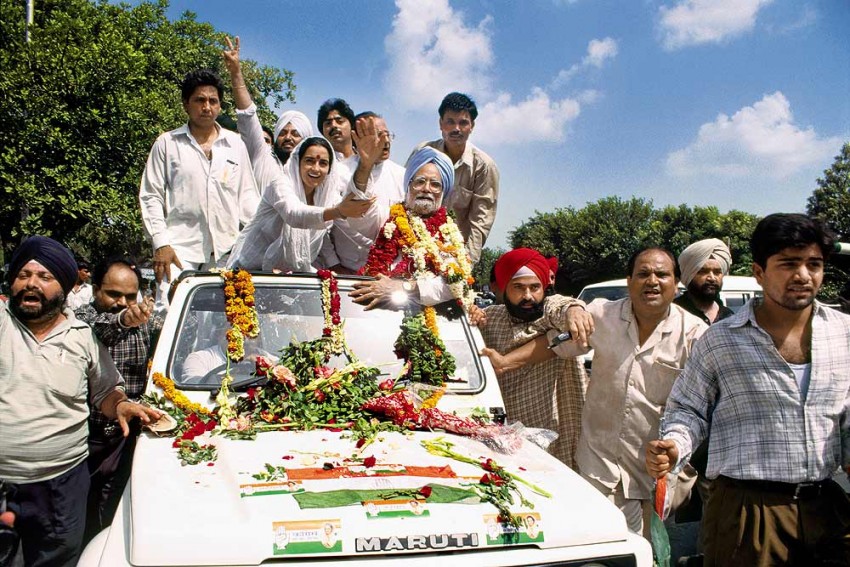 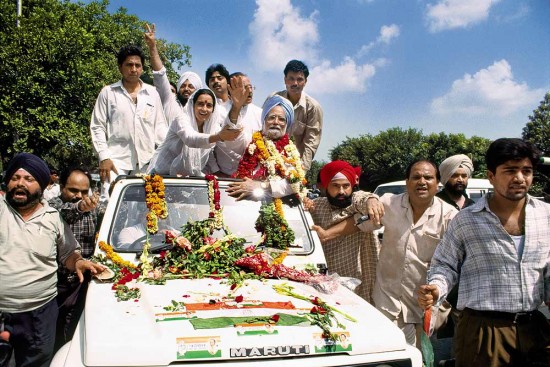 One of my memorable encounters with Dr Manmohan Singh was sitting with him watching the results coming up on the TV screen at his home on Safdarjung Road in 1999, when he lost his Delhi election. His otherwise expressionless face looked a little surprised, a trifle saddened and bewildered. I rem­em­ber turning to him and saying, “Sir, don’t worry about this, you will be prime minister one day...this defeat is just a step forward in the world of politics....”

Looking at the last 10 years of Dr Manmohan Singh, I was intrigued to find that the single dimension of a “good, honest man, an intellectual and an economist” was just the veneer, the top skin of a complicated, multifaceted person. He may have exuded a sense of being reticent about being anointed leader of the UPA government, but he was by no means a reluctant PM, either in his first avatar or in his second term. He was an unusual candidate for that important post since he was not elected to the Lok Sabha by popular mandate, as should be the case for a prime ministerial candidate in a parliamentary democracy, but was a Congr­ess­man nominated from the Rajya Sabha. That in itself est­ablished his acc­eptance of being placed in a job by the party he belonged to, on its terms and at its behest. He was not an obvious, traditional politician with the two essential ingredients of ambition, intertwined with fire in the belly, to make it to the top. He had the ambition end of it, but it was the party that provided the fire.

Therefore, it would be correct to surmise that he consciously navigated around the knotted ‘politics’ that surrounded him in the party and in government to achieve his set, unspoken goal. No public positions, no public engagement, no controversial stateme­nts or stances in the public domain on any national issues. Ensconced in his insular space, he alw­ays managed to have his way by mastering the fine art of using the ‘resignation letter’ as a tool (on one memorable occasion), and using the ‘exception to the rule’ policy more often. This cocktail was his survival kit.

In his supreme silence, Manmohan Singh managed to pull a team around him in the PMO of men of his choice and not men thrust upon him. They did his bidding, as they should, and ran his off­ice. In a parliamentary system of governance, the party fights the election and eit­her the elected representatives elect the head of their government or the high command nominates a candidate who, more often than not, wins unopposed. Dr Sahib won unopposed. The party spelt out the plan for the government to implement based on the manifesto sha­red with India at election time. So, interventions by the party are not ‘interfere­nce’ but in fact ensuring that com­mitments made become tangible realities.

Sonia Gandhi crafted the NAC, a formal mechanism that became the structural bri­dge, connecting party with govern­ment and Manmohan with herself. Coll­­a­boration is imperative in our democracy; to damn the partnership is akin to assaulting its very pre­mise. The PM and party president must influence one ano­ther with ideas and initiatives, together structure the team to deliver on promi­ses. Wor­king in tandem is democratic, as is the politics of consensus, persuasion.

Sadly, once the honeymoon period was over and political truths and policy realities took precedence over the ‘clean man, good image’, the rah-rah chorus that had rent the atmosphere began to dim. A new chant came along that eulogised Dr Sahib for being “a selfless, tireless leader”. But surely, to work tirelessly and selflessly is essential for a prime minister and not a special virtue. His first term at the helm of a fragile coalition, where his political partners bullied and metaphorically bribed and blackmailed him to give them potentially lucrative and critical ministries, he succumbed to the many pressures, unable to deal with coalition demands and assertions.

The effort to keep the coalition alive and his job intact was often handled clumsily.

In an effort to keep the peace in a shaky coalition government where the loudest got heard and the counterpoint never communicated the correct message, cronyism, in all its manifestations, overwhelmed governance. Within the nation, the government and administration began to flounder. This dilution was soon veiled in the excitement that was generated around the nuclear deal. We were compelled to look beyond India, ignore the growing restlessness within her bor­ders. Initiated by then US president Geo­­rge Bush Jr, and carried through by Dr Singh, with the threat of resignation in his pocket, the nuclear deal was signed.

The PM got bro­wnie points from leaders of the western world and a small section of the intellectual elite in India for having single-mindedly guided the complex elements of the exercise to the point of being sealed. If only a coordina­ted reform and restructuring of archaic laws, regulations, Acts and the urgent reinvention of redundant administrative norms (that had been crippling India post the early ’90s when Manmohan was a critical member of the Narasimha Rao government inner circle) had been done with the same dedication palpable when the N-deal was put in place, Manmohan’s reign would have been memorable.

Then came the 2009 elections, where the Congress won a comparatively reso­unding mandate, bucking the expected anti-incumbency. The prime minister’s men in the PMO took credit for the victory but the victory was that of the party and its government. The welfare program­mes (much criticised by the PM’s advisors) kicked in and neglected India thanked the Congress at the hustings. However, within one year it was clear that a profound complacency had set in, compromises on fundamentals of policy and governance that pointedly breached the basic values of integrity and transparency had reac­hed an inflection point.

The effort to keep the coalition alive and the job intact was often handled in a clumsy manner, alienating his politically savvy colleagues in the collective. Corrupt practice was repeatedly condoned by the PM with his silence. He was very rapidly seen to be weak and unable to command, control and influence colleagues to do it right, despite being squeaky clean himself. That was the beginning of his political failure. For any prime minister in a democracy, the ‘political’ must always be on the front-burner and dictate the agenda for government. If the two are not in tandem, the act invariably flops. An insular Manmohan Singh did not smell the coffee or see the writing on the wall.

At that moment, had the PM recognised the rampant corrosion that was unravelling the faulty and redundant operating system, and had he initiated a time-bound plan for restructuring the administrative norms and judicial acts and regulations that govern the entrepreneurial workplace, India would have been at a different juncture today. The reinvention could have stalled the unregulated and spiralling crony capitalism, nurtured by the crony administration, and a new breed of crony politics, that was engulfing us all. The party and its government slipped into denial mode. No one spoke, no one engaged. The PM did not address India and share the problems besieging his government. Silence dominated. India contor­ted, reaching out for change.

Overwhelmed by an onslaught of exp­osures about malgovernance and corr­upt practice, a growing slack in pro­active decision-making, a constant passing the buck on failures to allegations of interference from the party president, as well as a plethora of political mis-judgeme­nts, UPA-II went into the poll season. The PM’s men, his loyal cabal, remain silent and he hims­elf seems to have gone into retreat, uns­een and unheard, awaiting the report card of his two-term government in silence.

The author is a senior journalist and publisher of Seminar magazine