Jogi is retired hurt. So, save for Judeo's sulk and minor disharmony, the BJP looks like running away with it 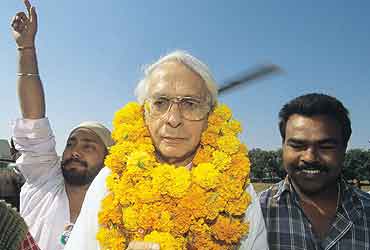 The shadow of Ajit Jogi looms large over the political landscape of Chhattisgarh, despite his physical removal from the electoral scene following a near-fatal road accident last fortnight. Sympathy for Jogi is pitted against a palpable pro-Atal wave in both urban and rural segments. But will the sympathy endure till the polls?