AI, robotics and other automation technologies will cause the loss of 6.4 lakh jobs by 2021 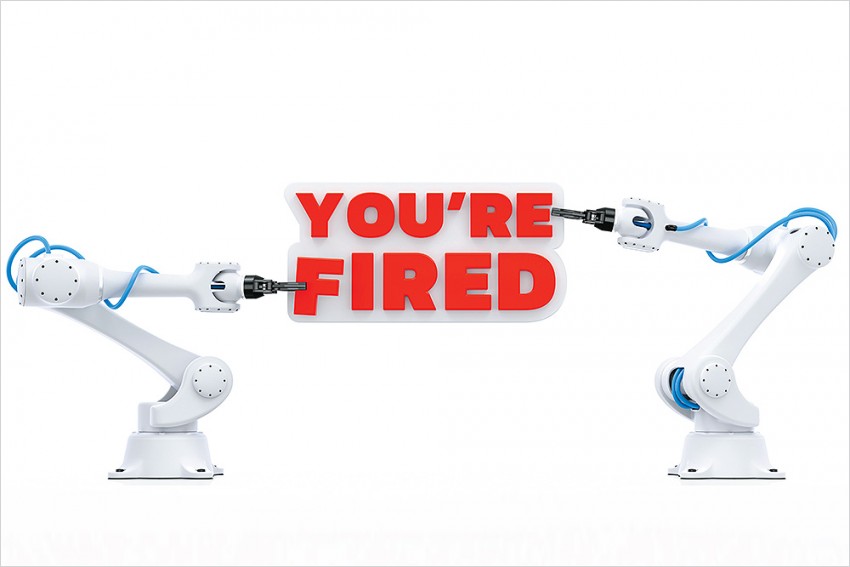 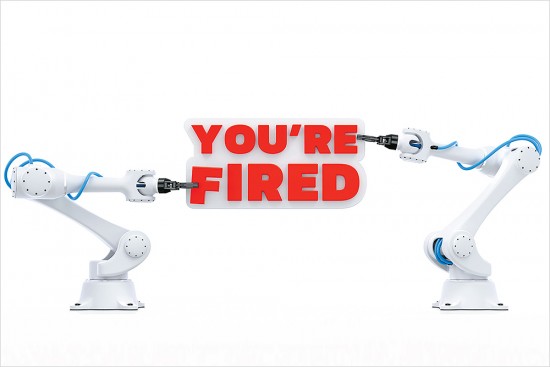 It’s been an unsettling year for ­India’s IT services industry, a sector that’s among the largest employers in the country. The malaise, as most experts will tell you, is obvious: the shelf life of head count-based IT services was over long ago. Automation and Artificial Intelligence (AI) technologies are actually ­changing the way businesses work, and the $150-billion IT industry in India, which thrived on cost arbitrage and ­fast-paced growth rates for so long, is mostly locked into traditional sources of revenue that are fast drying up. Of course, emerging technology brings new ­opp­­ortunities but, for a sector that employs nearly 4 million people, it also presents an imm­ediate concern. Job losses, by most acc­ounts, will be inevitable.

Industry experts say that emerging AI technologies will change work profiles, and that more high value jobs will open up. But many current positions are fast disappearing. A year ago, HfS Research estimated that the IT industry in India is set to lose 6.4 lakh low-skilled positions by 2021 because of automation. Whatever the exact figure may be, the prospect of job losses has certainly been the dominant theme in recent months.

Towards the end of June, two months before he quit Infosys abruptly amid the discord with its iconic founder N. R. Nar­ayanamurthy, Vishal Sikka briefly ske­tched out the sweeping technology shifts his software services company was up against. He might as well have been spe­aking for the IT industry in general.

“Our brains are wired by nature to not understand exponential change very easily,” Sikka, then the CEO of Infosys, told its shareholders at their annual meeting. “And, yet, when you look at the world around us, it is going through digital technological changes that are exponential in nature.” The picture was simple enough. “The breathtaking advan­ces in artificial intelligence (AI) are relentlessly automating the work that we have been doing,” he said.

“Indian IT has missed out on the opportunity to create new industries using technologies such as sensors, AI, and robotics. It has been stuck in the past, servicing the IT systems of its Western customers,” says Vivek Wadhwa, distinguished fellow at Carnegie Mellon University. “For exa­mple, these companies could be automating US manufacturing using robots and AI and then managing the automated factories from India; they could be helping build a new generation of smart cities using sensors and AI; they could be bui­lding medical devices that transform healthcare.” For that matter, he reckons global outsourcing firms are generally mired in the past. “That is why in Silicon Valley, you have new bre­eds of companies that have valuations that are many multiple of these old outsourcing firms. I am as critical about America’s legacy outsourcing firms as India’s,” he says.

So, will AI finish off India’s tech boom, as we knew it? “No, it will slow down the dream run tho­ugh, as the Indian IT Industry changes from more traditional to nonlinear modes of business,” says DD Mishra, res­earch director at Gartner. “This will come with some pain for the sector but it is inevitable,” he adds.

Some of the pain was visible earlier this year with employees being pink-slipped at top IT services firms—this was put down to annual performance reviews but it has, nonetheless, set off alarm bells. The IT job market, Mishra reckons, will become very competitive. “We see ­dif­ficult times ahead for traditional skills as the potential of jobs which can be ­automated is much higher than what we see today,” he explains.

The L1 person would log the incident and pass it on to L2 to solve. Now, thanks to AI, a human L1 is no longer needed.

An IT industry veteran in the US points to application support, one of the areas where India used to do a lot of work, as an example. The process was typically ­divided into three levels. “The level 1 person basically used to log the incident and create an incident number and pass it on to the L2 to solve. It was a fixed thing we used to do. That has easily got ­replaced. Now you don’t need L1,” he says. With advancements in natural language processing, conversational agents are a ‘hot’ area  of AI, explains an industry analyst.

Sikka, in his annual general meeting address, offered some insight into the situation. At Infosys, he said, 65 per cent of employees work in commoditising, producing 55 per cent of the company’s revenue. But growth there was in the single digits, and margins were lower than the company’s overall margin. “35 per cent of Infoscions produce 45 ­per cent of our revenue at a much higher revenue growth rate, much higher ­margin and much higher revenue per employee. As it turns out, the 65 per cent are working in the commoditising portfolio which generally is in the run, maintain, process, a part of the portfolio where AI technology is not only coming, it is alr­eady here in many cases,” he said.

A report issued in June by the IT ­consulting firm Capgemini says that AI, at least for the business community, has spent a ‘frustratingly long time in hype mode’ as many of these technologies promised much, but concrete applications in a business context remained elusive. “This is now changing,” it states, “ “Leading businesses are putting AI into practice, generating enviable results,” going on to cite the example of JP Morgan where an AI system now reviews commercial loan agreements, a task that took up thousands of hours of work by lawyers. The report also cites the example of ICICI, India’s largest private bank, where software robots perform a million transactions every day—these include chatbots, systems helping ­customers with loan choices, and email bots, all of which help cut down response time. Capgemini, defines AI as a clutch of technologies ­including speech recognition, natural language processing, sem­antic ­technology, biometrics, swarm ­intelligence and chatbots—the key thing being that the more data you give these systems, the better they learn.

Although emerging AI technologies can place smaller firms in a better position to compete, top tier companies have a definite edge due to their ability to invest more. Over the last few years, top Indian IT companies have come up with their own AI platforms to tap the opportunity—Wipro calls its platform Holmes, Infosys has Nia, and TCS, the largest Indian player, markets Ignio. Wipro says that the number of patents it holds, or has applied for, grew by over 50 per cent to 1,662 last year. At, TCS, the number of patent applications to date is around 3,350, of which 493 filings came in FY17.

Growth is expected to be relatively flat this year for India’s IT services industry, with industry association NASSCOM forecasting 7-8 per cent for exports. It’s still a going to be a net hirer, adding 1.3 to 1.5 lakh jobs during the year. According to NASSCOM, over 50 per cent of employees at the top firms are already trained in digital technologies.

To be sure, while IT services companies are reskilling their large workforces, ­industry experts say that not everyone will be able to get that opportunity. “It is the time to pick up niche skills around digital, IoT, AI and analytics as these skills are in great demand and will ­continue to remain so for next few years,” says Mishra. “Skill gap in new tech­no­logies is one of the inhibitors for adoption for many customers, and we see a huge ­demand-supply gap. Hence, IT ­profe-ssionals will have to change, and change is the only constant for them.” An executive at a staffing firm notes that scripting languages like PHP, Perl and Java Script, and developers who are well-versed in Java, Big Data and full stack ­technologies are in demand.

Wadhwa puts forward the idea that AI should actually be the basis of a new technology boom. “With 1 billion people now coming online, thanks to cheap smartphones and data plans, there are going to be massive amounts of data available. What AI does is to let you analyse these data and use them to make better decisions—about health, welfare, and other needs. Indian entrepreneurs need to start learning about the tools available and start using these to build new billion dollar ­businesses,” he says, adding,  “Eventually, AI will begin to do many things better than hum­ans—but that is 15-20 years away. Right now it could create tens of millions of new jobs in India if used in the right ways.”