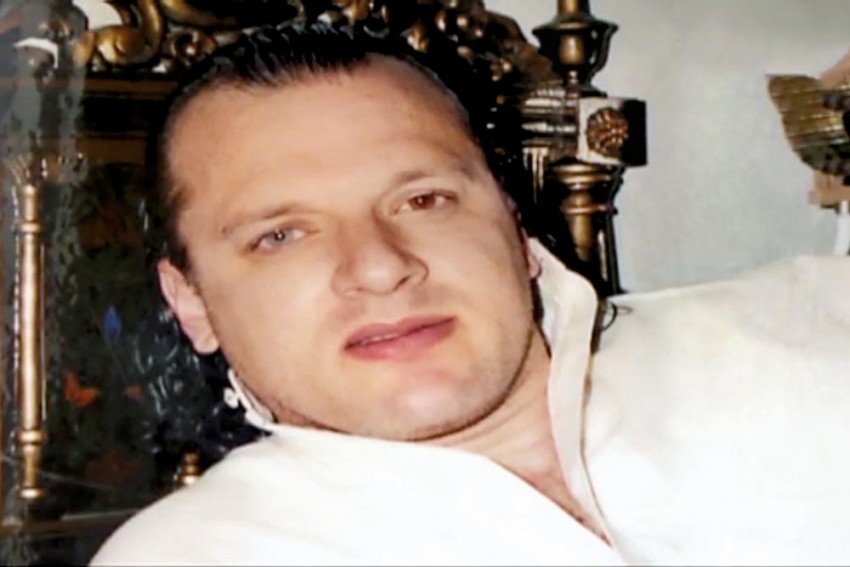 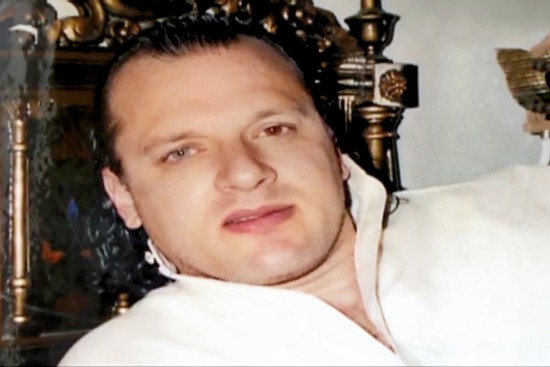 Sir Vidiya S. Naipaul passed away in August this year. However, the Federal Bureau of Investigation of the US had declared him dead nearly a decade earlier. Lorenzo Benedict, special agent of the Federal Bureau of Investigation (FBI) had, while filing a chargesheet against a Pakistani named Abdul Rehman Hashim Syed alias Pasha, in a Chicago court in October 2009, referred to Sir Vidiya as “the late Lord V.S. Naipaul, a Nobel prize-winning ­author”.  App­arently, the FBI can also err.

How was it that Sir Vidiya’s name figured in a terrorism-related chargesheet filed against a Pakistani in a US court? There is a tragic story behind it. The Nobel Laureate’s wife was the sister of major general Amir Faisal Alvi, who gave up his British citizenship to join the Pakistani Army and rose to command the elite Special Services Group. It was under his leadership that the Pakistani Army took on the Taliban for the first time and registered a significant victory at Angoor Adda in 2004. But Gen. Alvi had to leave the military in 2005 and a former army officer, major Haroon Ashique, assassinated him at the behest of Ilyas Kashmiri, allegedly to avenge the death of Abdul Rehman Kennedy, a top Al Qaeda operative who had been killed in the Angoor Adda operation. Major Haroon alias Abu Khattab had quit the army in 2001 when Pakistan joined forces with the US in its fight against the Afghan Taliban and his brother captain Khurram, who had similarly left the Special Services Group had been raising funds for Kashmiri’s 313 Brigade by kidnapping rich urban personalities.

Pasha, against whom the FBI filed the charge-sheet, was an associate of Kashmiri. He was also a friend of the brothers—major Haroon and captain Khurram. Most importantly, he was close to David Coleman Headley. Pasha had been so radicalised while in the army that he refused to fight the Taliban in Tora Bora in 2002 and started working with the Lashkar-e-Toiba (LeT). He came across Headley in a Lahore mosque, introduced him to Sajid Mir of LeT, who was planning the Mumbai attacks. Later, it was Pasha who put Headley in touch with alleged ISI officers major Sameer Ali and major Iqbal. After the 26/11 attacks, Pasha separated from the LeT and persuaded Headley to work for the Al Qaeda through Kashmiri. 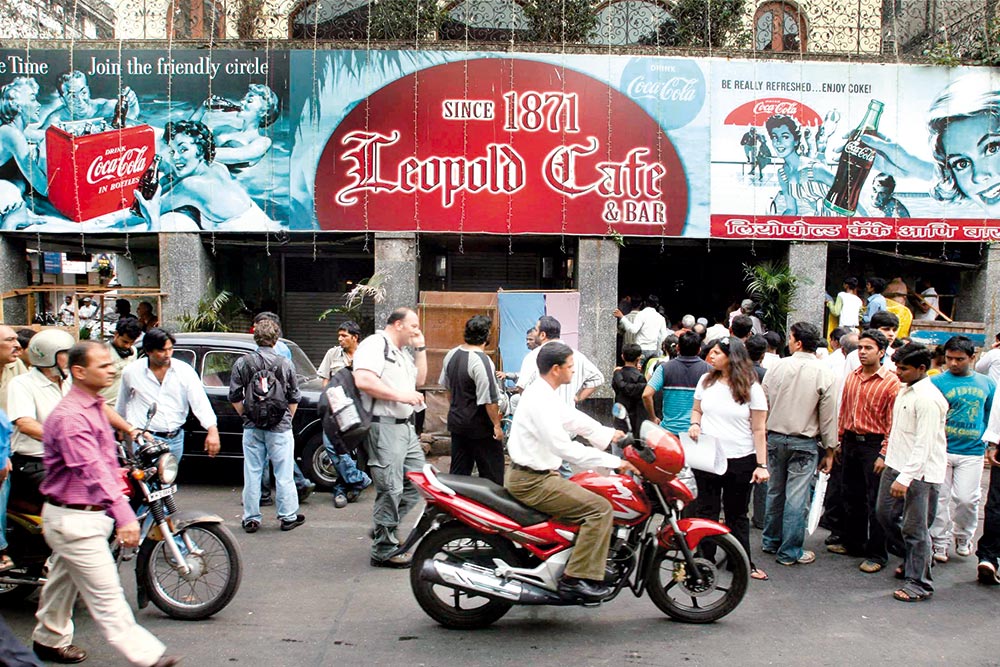 Far from being a mastermind of terror, Headley had almost blown his cover on more than one occasion. For instance, Mir had given him a Glock pistol. Mir, it seems, was furious, when he discovered that Headley had handed that weapon to major Haroon, who used it in attempts to kidnap for ransom. Similarly, Headley had tried to show off his knowledge of weapons to a young friend he had acquired in Mumbai. Headley had several women in his life and each of them nearly exposed him as a terrorist. These included his mother (who confided her suspicions to a friend who went to the FBI) and at least two of his wives/girlfriends. But, unbelievably, the authorities whom they contacted cleared Headley every time. It is quite clear that Headley had been giving useful inputs to the US authorities on drug trafficking. While this might explain why no action was taken against Headley, one is left wondering whether we need to look at the possibility that there was laxity on the part of authorities with whom concerns about Headley were shared.

There’s a tragic story behind Sir Vidiya S. Naipaul’s name ­figuring in a chargesheet filed in a US court.

In either case, the greater concern for us in India is about lapses, if any, on our part, that allowed Headley a free run in Mumbai. How could Headley have been stopped? Headley visited India nine times before 26/11 and once after the attack. He travelled on a US passport in which there was no indication of his Pakistani origin. Strangely, his father’s name was not mentioned on the passport. According to some versions, Headley had told his interrogators that his friend Tawwahur Rana, who applied on his behalf for an Indian visa had made a huge error in the application and if the Indian officials at the embassy had been as thorough as they should have been, they would have detected the discrepancy. It is not clear what this discrepancy was. Well, it goes without saying that proper scrutiny of visa applications is a must. The precautionary steps which have been put in place over the past decade have hopefully closed all loopholes in this regard. We must, of course, be alive to the fact that, while the majority of our officers are smart and efficient, there may be a handful of slackers.

The next question is whether Headley’s frequent visits to India should not have aroused suspicion. His first visit and stay during September-December 2006, would naturally not have aroused any suspicion. But then the subsequent visits, especially return trips after visits to Pakistan, should have aroused the curiosity of our sleuths. At the same time, it must be said that an American businessman taking in India and Pakistan during the course of a trip to South Asia is not an unusual occurrence. In any case, restrictions on repeated visits by foreigners, which have since been placed, should take care of anyone misusing such facilities.

It is through Kasab and Headley that we now have the full picture of how 26/11 was planned and executed.

How come Headley’s suspicious activities during his prolonged stays in Mumbai escaped ­notice? His recces of the Mumbai coastline led to the identification of a landing spot crucial to the success of the operation went totally unnoticed. The need for putting tight coastal security mea­sures is self-evident.

While Headley’s operational phone calls would naturally have been made with adequate security precautions, whether his calls to Pakistan aroused any curiosity among those entrusted with monitoring responsibilities is an interesting question.

Headley was perhaps one of the two weakest links in the entire operation. The first was Kasab, the least educated in the group, and the other was Headley, perhaps the best educated. It is through these two that we now have the whole picture of how the attack was planned and executed. Headley’s role was limited to rec­onnaissance of possible targets. Interestingly, there is reason to believe that those who plotted 26/11 did not fully trust him. When he returned after his recce of Mumbai in July 2008, he was not invited to the shura to discuss the forthcoming operation. He was not told about the date of the attack. Though he was present in Pakistan on 26/11, he was not called to the Control Room to guide the attackers through the lanes and corridors that he had videographed. The planners chose to depend on the local boy, Abu Jundal. Headley finally got nabbed while making pitiably ineffective efforts to launch an attack on the office of a Danish newspaper which had published caricatures of Prophet Mohammad.

In the ultimate analysis, the task of preventing another 26/11 is dependent on everyone in the nation’s security apparatus doing his job with the necessary dedication, realising the need for proper coordination. No single security or intelligence organisation of a state or the Centre is capable of anticipating or tackling situations by itself. Intelligence available may often be imprecise. Such intelligence must still be deemed ­actionable. The collective will and effort of the national security apparatus has to come to the fore, to connect the dots so that a clearer and larger picture emerges well in time for pre­ventive action to be initiated.