Thanks to Gowariker’s pronounced sincerity, the film gets staid, dull and leaden. How one wishes for a lightness of touch from him to make it sparkle, come alive! 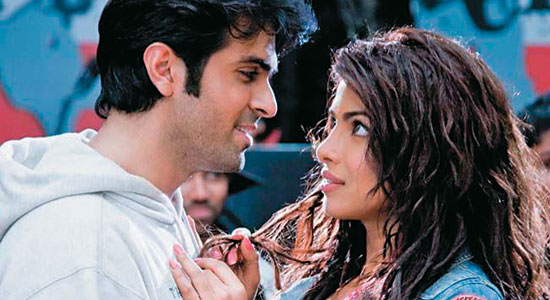 The hallmark of Ashutosh Gowariker’s filmmaking is a sense of earnestness that works perfectly for a virtuous, well-meaning film like Swades. But the same sense of righteousness and solemnity strikes a totally wrong note in a supposed romcom like What’s Your Raashee? Thanks to Gowariker’s pronounced sincerity, the film gets staid, dull and leaden. How one wishes for a lightness of touch from him to make it sparkle, come alive!

Based on Madhu Rye’s Gujarati novel, Kimball Ravenswood, which also inspired the DD serial of yore, Mr Yogi, the film’s a story is about an NRI, Yogesh Patel, trying to pick up the perfect bride from each of the 12 sun signs. He has to marry in 10 days to claim his grandfather’s inheritance and save his family from financial ruin that has been brought about by his elder brother.

The stories involving each of the girls make for a far too stretched, repetitive and long (over three hours) narrative. There are way too many songs, 13 in all, and save for one romantic ditty Jao Na, most are not memorable. Moreover, the songs detract from the narrative than carry it forward.

The one trumpcard for the film is the new queen bee Priyanka Chopra. The film is out and out a Priyanka show as she hogs screen time and audience attention with her 12 roles. A majority of them are character types and cliches, not women with defined personalities—the awkward and downmarket small-towner Aries to zesty college-goer Gemini to intense Cancerian, business-like Libra and sexy Scorpio. Priyanka plays them competently, confidently but a bit unevenly, making it still not as inspired and memorable an act as the nine roles of Sanjeev Kumar in Naya Din Nayi Raat. But that was an inspired film, which What’s Your Raashee? is certainly not. As for Harman Baweja, well he’s sincere and nice, just like Gowariker. But we needed something more. He sure will need yet another film to leave his mark on Bollywood. What the film conclusively proves is that it’s the Gujaratis, who, after dominating the small screen serials, are set to give a tough fight to the Punjabis as the leading community portrayed in Bollywood films.

1. Cloudy With a Chance of Meatballs
2. Surrogates
3. Fame
4. The Informant
5. I Can Do Bad All By Myself