Piqued by DMK protests against his ‘overreach’, the TN governor dusts off a weapon from the IPC arsenal 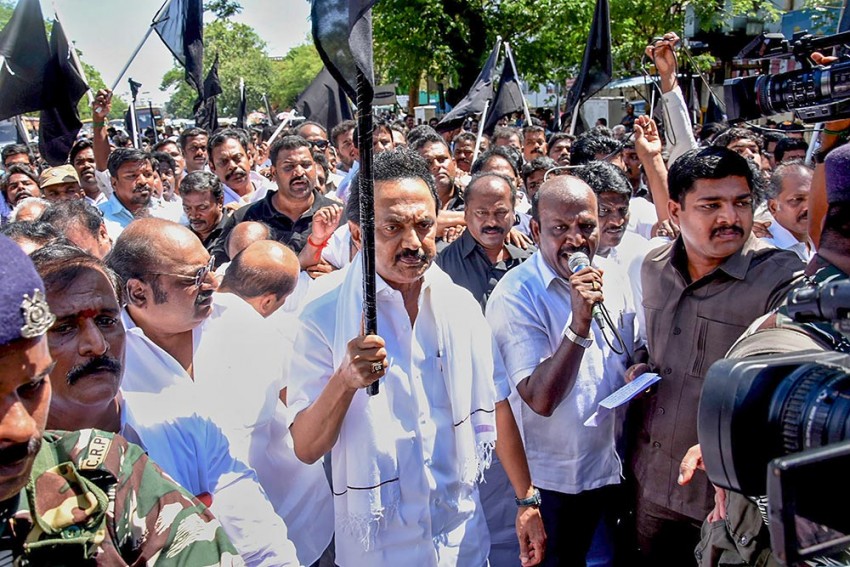 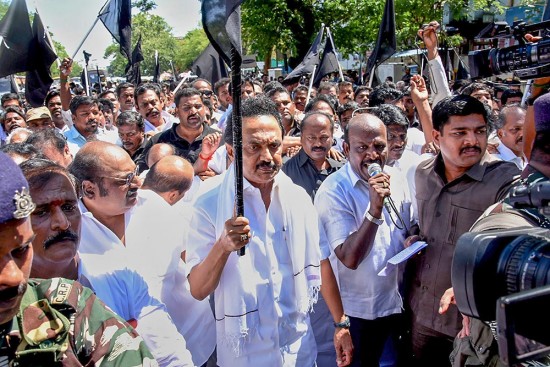 Lord Macaulay was two years in his grave when his Indian Penal Code came into force in 1862. But his memory was honoured in free India when Tamil Nadu governor Banwarilal Purohit threatened to deploy one of the IPC’s rarely-used provisions against the state’s Opposition leader and his party cadres for holding demonstrations against him.

After the DMK’s M.K.Stalin led a flash protest in front of Raj Bhavan on June 23, the governor’s office warned that under Section 124 of the IPC, anyone using ‘criminal force’ to stop governors from discharging their duties could receive up to seven years’ imprisonment. While Stalin’s agitation before the Raj Bhavan gates was the latest provocation, the governor had already been piqued by the DMK showing him black flags whenever he visited district headquarters, reportedly to learn about the various schemes and projects of the state government.

The DMK had dubbed these ‘unconstitutional reviews’ by the governor a direct infringement of the rights of the state government, hence the protests. “The governor has justified his action as being constitutional but it is nothing but an ind­irect show of control by the BJP over the state administration. Can Governor Purohit give examples of any other state governor, say in Madhya Pradesh or West Bengal, resorting to such reviews?” Stalin asked pointedly. The governor’s response was to threaten to unleash Section 124—but Stalin has continued the black flag protests undaunted. 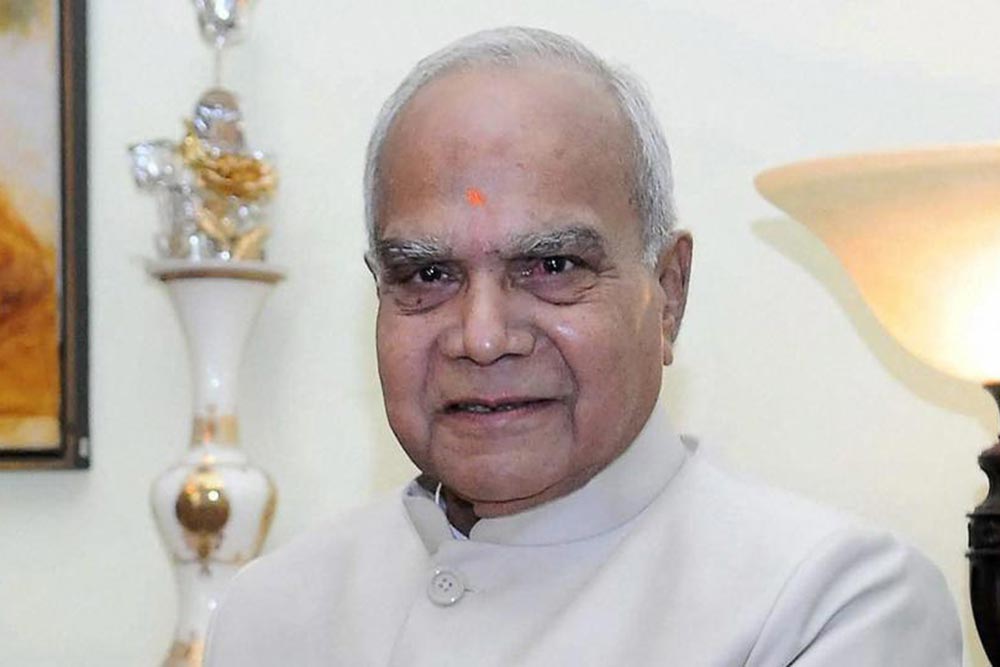 Ever since his arrival in Tamil Nadu in October, Governor Banwarilal Purohit has acted as a power ­centre, ­visiting ­districts and being briefed by officials.

“The threat of using Section 124 to curb a symbolic agitation cannot be viewed seriously as it can at best remain an empty threat. Whoever is advising the governor on such matters is doing him a great disservice,” cautions retired High Court judge K. Chandru. “Section 124 was last used in the charge-sheet against those who attacked Parliament in 2001, since it was the seat of the President, the highest constitutional authority. To equate something that extreme and criminal with a show of black flags is truly laughable,” observes a senior advocate.

Ever since his arrival in Tamil Nadu in October 2017, Purohit has let it be known that he would be an overarching power centre rather than a textbook governor, by regularly visiting districts and being briefed by officials. The Edappadi K. Palaniswami (EPS) government has chosen to overlook this overreach, not wanting to rub the Centre the wrong way. In fact, state ministers have even justified Purohit’s visits as part of a governor’s normal administrative duties. Purohit’s actions have only added meat to the opp­osition’s charge that the EPS government is a mere handmaiden to the BJP.

Already facing criticism for appointing non-Tamils as vice-chancellors of universities in the state, Purohit found his name being dragged into a scandal inv­olving a woman college lecturer caught on tape allegedly soliciting college girls to do sexual favours for officials. Even as the police arrested the lecturer, Purohit app­ointed a retired IAS officer to probe the tape, which was seen as a diversionary tactic to scuttle the police investigation since the lecturer had flaunted her proximity to the governor during her conversations with the girls.

At the height of the controversy, Purohit even addressed his first press meet and justified his powers to launch a parallel probe as the chancellor of Madurai Kamaraj University. The details of the probe’s findings remain sealed before the Madras High Court, while the police are to perform a voice test of the indicted lecturer, Nirmala Devi, to establish her involvement. The tape scandal did little to enhance Purohit’s image.

But an unfazed Purohit has faced the onslaught of the state’s opposition ­parties head on. And the threat to use Section 124 could even see the governor, not the ruling AIADMK, emerge as the DMK’s enemy number one.