Watch out for the Big Boom in 2008. With at least seven major publishing houses desperately trying to snatch away a piece of the publishing cake from giant Penguin 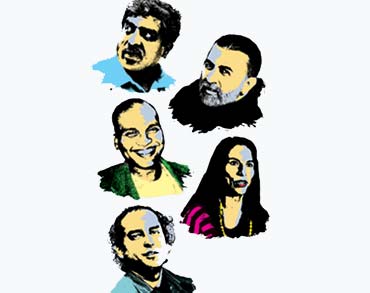 outlookindia.com
-0001-11-30T00:00:00+0553
Watch out for the Big Boom in 2008. With at least seven major publishing houses desperately trying to snatch away a piece of the publishing cake from giant Penguin, readers are being offered a feast of books like never before. There are the big names—Amitav Ghosh (he will be out with the first of his highly-bid-for trilogy, Sea of Poppies, an epic narrative which combines the drama of individual lives with the big themes of history; Jhumpa Lahiri (back to what she excels in: a collection of short stories called Unaccustomed Earth); Patrick French (with his authorised biography of Naipaul, finally); Manil Suri (with his second novel, The Age of Shiva, a sweeping epic tracing the fortunes of a family in independent India); Tarun Tejpal (with his second novel, The Story of My Assassins); Siddharth Dhanvant Shanghvi (surfacing with his second novel, Lost Flamingoes of Bombay).

Six to eight books by celebrity writers is hardly unusual, but what makes 2008 special is the crop of newcomers already creating a buzz, and are hoping to sell in numbers that the litstars can’t dream of. Leading the debut list is Nandan Nilekani, the CEO of Infosys. He is coming out with a book, Imagining India, about the ideas that shaped India over the last 60 years, and how they’ve brought about the economic boom we are seeing now. Considering the author’s profile (and how books on India’s economic boom sell well) his publisher, Penguin, is not far wrong in billing it as "the biggest India title of the year." Up there with Nilekani is the much-hyped debut of Aravind Adiga’s The White Tiger. Written in the form of a letter from a driver in Haryana to the Chinese premier, it has all the ingredients for a 2008 bestseller: a sugar-coated fictional version of the current debate on India’s economic growth. Also hoping to strike a chord is Palash Krishna Mehrotra’s The Butterfly Generation—A Personal Journey Into the Passions and Follies of India’s Technicolour Youth, about urban youth in the two Indias, pre-1990s and now.

Two other books to watch out for are Shrabani Basu’s Victoria and Abdul: The True Story of the Queen’s Closest Confidante and The Konkans by Tony D’Souza. Shrabani, after her unexpected success with The Spy Princess, has been sought out by Rupa for her story of the exotic and neglected relationship between Queen Victoria and her Indian secretary, Abdul Karim. In The Konkans, Florida-based D’Souza portrays a family uprooted from a Konkan village to the suburbs of Chicago, chasing the immigrant dream.

When HarperCollins led two editors out of Penguin’s stables, they also took along one of Penguin’s bestselling writers: A.P.J. Abdul Kalam. Kalam’s next book on his favourite topic—the family and the nation—will be launched in 2008 under the HarperCollins banner. So will P.M. Nair’s The Kalam Effect, on the People’s President’s years in Rashtrapati Bhavan.

Bound for the bestseller lists is Shobhaa De’s new book, but it’s neither pulp fiction nor lifestyle gyaan. Like nearly every other writer in India, Shobhaa De too wants to dabble in history. Superstar India will be about India at 60, asking what the country has done for her. Departing from the usual is also bestselling fiction writer Chitra Banerjee Divakaruni, who will be out with The Palace of Illusions, the Mahabharata retold in the voice of Draupadi.

Publishers also hope to cash in on chicklit—and its counterpart, ladlit. With the potential of attracting a new generation of readers, publishers have snapped up several books in this genre, billing them as the year’s commercial fiction biggies.

And if this looks like a melting pot, publishers look at it differently: It’s a coming of age for both readers and the trade.