We wanted to find out what is it about the male that the Indian woman loves and what she loathes. The results are surprising —- or expected, depending on what you assumed. 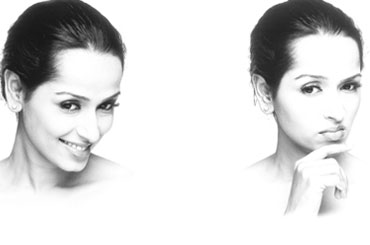 outlookindia.com
-0001-11-30T00:00:00+0553
What do women want in a man? It's a question the caveman must have asked. It's a question the new-age man is still asking. It's also a question Outlook asked in an exclusive opinion poll across 10 Indian cities. We wanted to find out what is it about the male that the Indian woman loves and what she loathes. The results are surprising—or expected, depending on what you assumed. It wasn't money, property or career prospects, or even looks and a good body, that mattered the most. What did was how sensitive a man was to a woman's needs. He had to listen to her, treat her as an equal and be honest to be in her good books. Interestingly, the illiterate women prized equality even more than the well-educated.

Men who have Ghalib as a role model better drop him. Men with poetry in their souls came in very low. As did the spiritual man. Caste, however, is no bar: lower castes will do.

Devdas is definitely out: alcoholics were the most despised, across all age groups, regions, and occupations. Irresponsible men and those who talk loosely about women emerged as villains of the poll. So were men with violent tempers. Vain and narcissistic men were certainly not the flavour of the times.

Good sex, however, was almost unanimously considered important for a good relationship—it was very important even for older women. But, intriguingly, while women expressed a desire for sex, even taking the initiative sexually, as many 55 per cent of the respondents thought that men should be virgins when they marry.

Do you expect your man to help in domestic chores?

Will you tell your man about your past affairs?

What would you do if your man had a fling?

Should the man you marry be a virgin?

Would you be comfortable if your man wants you to take the initiative sexually?

What would you do if your man were to hit you?