What The Vet Said

Beef in the bathroom? Dadri sees an echo in Dewas: except, the cops arrived. 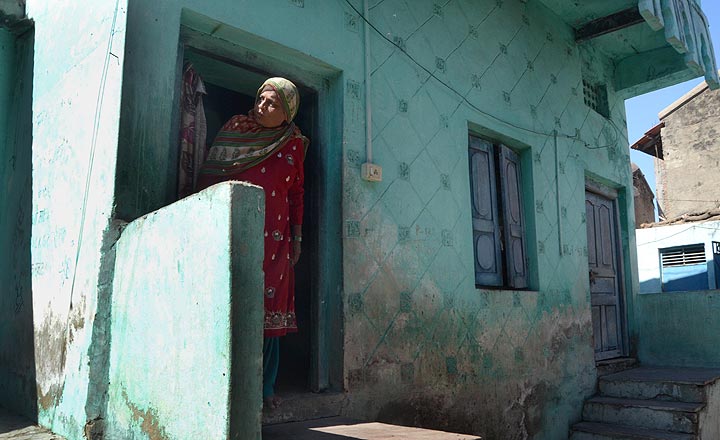 Unlike in Dadri last year, when a mob materialised out of now­here in the night to lynch Moha­mmed Akhlaq on suspicion of cow slaughter, a mob collected outside the house of Anwar Mev (44) around eleven in the morning. It was January 27, 2016. Again unlike last year, the mob made no effort to gatecrash but was content to raise slogans calling for death to the ‘killers’. Soon the police arrived. They claim to have seized 10 to 12 bags of raw meat ‘hidden’ in various places, including the bathroom, from the house of this middle-rung BJP leader in this district of Malwa region.

“The crowd was restive and felt the meat could be switched to protect the family,” recalls sub-inspector Vijay Sisodia. The seized meat, therefore, was taken on a handcart and in a procession to the local veterinary hospital at Tonk Khurd, a subdivision 32 km from Dewas town. After the preliminary examination, a ‘sample’ was taken to the veterinary hospital at Dewas where it was pronounced that the sample was of ‘cow meat mixed with buffalo’. A sample of the meat has now been sent to the ‘Pt Deena­dayal Upadhyaya Veterinary Science University and Cow Research Institute’, Math­ura, for a final opinion. The report is expected by the middle of this month.

Shaharun Bi (72), and other women in the Mev household, cry foul. Five years ago, she recalls, chief minister Shivraj Singh Cho­uhan had visited the house to condole the death of Anwar’s father and niece. “That had caused a lot of heartburn,” she says, alluding to political rivalry having something to do with the incident. But Jameel Sheikh, president of the district min­orities cell of the BJP, denies any foul play. “What he had done was hurtful to a community’s religious sentiments; it was widely condemned by the community and we have thrown him out of the party,” he told Outlook.

With all nine males of the household arrested and sent to jail, the women have been left to fend for themselves. One of Shaharun Bi’s grandsons, barely 16 years old, was picked up by the police from the house; another grandson, working in an auto gar­age owned by the family, too was arrested. Both Muslims and Hindus have called for a social boycott of the family and the district administration, which slapped the stringent National Security Act (NSA) against Anwar, has indicated its resolve to extern the men from the district.

“Yes, we have been in the meat business for the past 40 years but never was a cow slau­ghtered in our house,” claims the old lady. Informed that the veterinary hospital has tested and pronounced the seized meat as that of a cow, she vehemently denies the possibility. “It’s a conspiracy,” she wails, “they must have switched the sample”.

Mukesh Chaudhary, who owns a snacks outlet in the neighbourhood, has no such doubt and claims to be an eyewitness. He was passing by Mev’s house that morning, he says, when he heard the mooing of a cow in the throes of death. He peeped in through gaps in the door, he claims, and actually saw Anwar Mev in the act of killing the cow. He worked the phone and informed the police and activists of Hindu organisations and soon a mob collected and surrounded the house, according to his version. 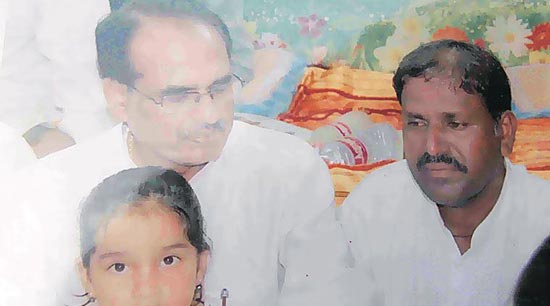 The family insists that it’s a political conspiracy. Anwar (above) had a rising graph in the BJP, and the CM had even come visiting once, causing jealousy.

But the women of the household insist it’s all part of a political conspiracy. Shaharun Bi herself has been a councillor in the local nagar panchayat, so was one of her daughters-in-law. While Anwar joined the BJP in 2004 and was later designated ‘vice-president’ in the party’s minority cell, his elder brother is in the Congress. Anwar, of course, has now been expelled from the party.

Why would a member of the BJP take the risk of slaughtering a cow, that too at daytime, in these fraught times? There is no answer to another question: why did nob­ody spot Anwar lead the cow to his house? It is a fact that the licence issued by the nagar panchayat allowing him to sell meat had expired last March. Shaharun Bi adm­its as much and cites it as their ‘only fault’.

The family appears to have been expanding its businesses of late. In recent years, they started an auto-repair shop and also opened a grocery. The women agree the neighbours have been hostile to them for some time, especially after a member of the household lost in the local body poll. The Muslim neighbours were unhappy because of Anwar’s association with the BJP, they say, while the Hindus were getting jealous of his growing prosperity.

Rashida Bi, Anwar’s wife, says that on January 20 some people had taken out a rally and shouted slogans abusing the family. She also acknowledges that the family was not invited to a recent wedding in the village. When asked what could have provoked such hostility, she remains tight-lipped and claims she had no clue at all.

Significantly, the police says Anwar Mev had a criminal past. The sub-inspector at Tonk Khurd, Vijay Sisodia, claims that way back in 1997 Anwar Mev had been booked on the charge of ‘inflicting cruelty on a cow’ and a complaint of cow slaughter had been registered. But he was let off due to lack of evidence. There were also cases against him for rioting and attempt to murder.

But then how did the BJP allow him to join the party in 2004? Or, more recently, make him the vice-president of the district minority cell? There is no answer. Another intriguing claim is that VHP and Bajrang Dal activists were keeping a surveillance on the family for the last two years and eventually managed to catch him in the act. So was it not a chance discovery? And was the family actually clean on the cow slaughter front during this period?

“We wanted to send out a strong message that those violating the law would not be spared. It also involved the sentiments of the people,” says Dewas SP Srikant Shukla. There was no pressure from the governm­ent or from any higher authority to act, he hastens to add. “A slight mistake on our part and the town would have been on fire.” As many as 12 cases have been filed against Anwar and the others. In Madhya Pradesh, slaughtering a cow (or even a buffalo calf) is prohibited and attracts a prison term of up to seven years, besides a fine. Consum­ption and storage of beef too is banned. A draconian clause puts the burden of proof of innocence on the accused. In this case, Anwar will have to prove he had slaughtered a buffalo, not a cow. More worryingly for him, the local bar association is ensuring that no lawyer takes up his brief.

The arrests have cooled tempers a notch in the area. The Mev family is preparing to leave its ancestral house and village for good, but some questions will linger on.

By K.S. Shaini in Dewas