‘What Is My Handiwork? The EC Ordered Income Tax Raids’

On the day Dinakaran announced his 'sanyas', Tamil weekly Thuglak's editor S. Gurumurthy talks about the grapple hold of the Sasikala family on the AIADMK... 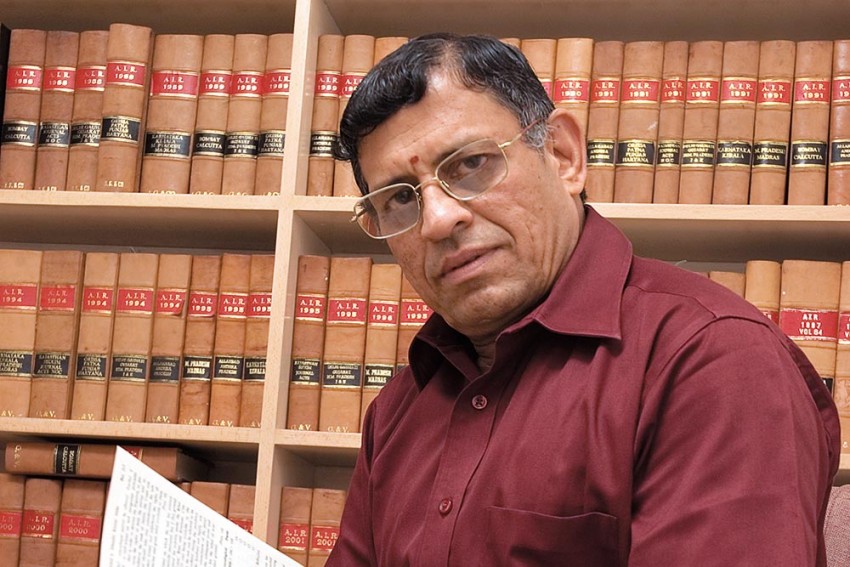 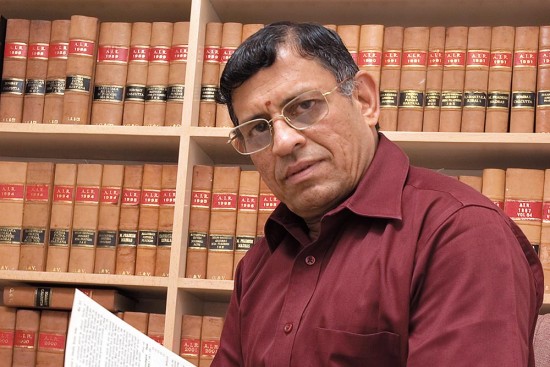 When auditor, columnist and corporate mediator S. Gurumurthy succeeded the late Cho Ramaswamy as editor of the Tamil weekly, Thuglak, in December, everyone wondered how he would shape up in his new avatar. The RSS ideologue used his political activism, very much like Cho, to fight the grapple hold of the Sasikala family on the AIADMK. On the day Dinakaran announced his sanyas, Gurumurthy spoke to G.C. Shekhar.

You are being blamed for the recent ­troubles of Sasikala and Dinakaran. How guilty are you?

It’s not about any individual. It’s like capturing an untenanted property—in this case a political party. That disturbed me in view of their record—a family with a very bad reputation. How can it be allowed to be a powerful political force? I was opposing a phenomenon in Tamil Nadu politics. It evolved gradually in the DMK. It suddenly grabbed a political party and they were going to be in power for four years. It was unthinkable. So it was out of genuine public interest that I decided to oppose this and stop it. I did my work purely as a public spirited journalist. My predecessor, Cho Ramaswamy, too would have done the same thing.

Sasikala was elected leader of the legislature party by the MLAs. Dinakaran tried to enter through an election. In a democracy, they represent the will of the people. When you disrupt this process are you not acting as an extra-constitutional authority?

Did Sasikala get elected by the MLAs or were they cheated? They were told that O. Panneerselvam had resigned and had proposed Sasikala’s name. If they had been called to elect Sasikala and she had been elected, it would have been a genuine election. OPS was forced to sign a resignation letter and was forced to propose her name. This is precisely how mafia operates. It confirmed my fear that they could not have been elected by a natural, transparent process. They were trying to build a midget into a mighty leader by this process.

Is it true that OPS would not have revolted (against Sasikala) but for your prodding?

Anyone who was humiliated to that extent would have done the same thing. They were asking him to supervise the swearing in of Sasikala so the media would see that this man was part of the whole process. And that is where he felt even more humiliated. And he reacted. He told me what had happened—that he was forced to resign when there was no reason to. He said it was a lie that he wanted Sasikala to become CM. I only asked him to tell the world that it was a lie. If you say this tomorrow, no one will believe. “Do it now,” that could have been my only contribution. Unless he had that inner fire, he would not have gone and sat there (at Jayalalitha’s samadhi).

Did you get Raj Bhavan to delay Sasikala’s swearing in till the Supreme Court verdict came?

It’s very wrong to say that an individual can convince the Governor. He received advice from one segment of legal experts that he would be swearing in an unstable government if the judgment were to go against her. So it was better to defer. And there was alr­eady a caretaker Chief Minster from the same party. It was a fair decision and also the only decision as otherwise Sasikala would have been running a government with a question mark for eight days.

“When Sasikala did not allow anyone to see Jayalalitha for 75 days in the hospital, the suspicion against her had ­become fait accompli.”

Even now people close to Dinakaran say his present troubles are your handiwork?

What is my handiwork? I did not bribe the voters. He did. It is the Election Commission that complained to the IT department to act and not the central government. In para 17 of its order, the EC said that it shared the information with the IT department that ministers were distributing money. The SC verdict against Sasikala cannot be attributed to me…the EC order too. The IT raids were ordered by the EC. And who tried to bribe the EC official for the party symbol? That is hundred times more serious than bribing voters. I am told the police have taped conversations between Dinakaran and the middleman. He and his supporters should be regretting this act rather than blaming someone else.

When and why did this sudden revolt against Dinakaran happen?

It did not happen so far out of fear as the 122 MLAs did not trust one another. It is actually the list seized by the IT ­department with the names of ministers that united them (laughs). From the chief minister to all the senior ministers whose names were there, thought they had to protect themselves because they were not aware that money was being distributed in their name. It is that list which proved to be the trigger against Dinakaran.

Where did Sasikala and Dinakaran go wrong?

Where did they go right? Did Sasikala ever have the moral or political stature to head a party like this? The party could not have said no to her as it had been conditioned like that. That is why I had advised her in my editorial that she would split the party and suggested that the party be run by a group of seniors. Not only did she want to control the party but also take over the government. Same was the case with Dinakaran. They were driven by the greed of a phen­omenon, a cluster of people with a criminal background. All this when they could not even put Sasikala’s picture on the election posters in RK Nagar as she was hated so much.

Was this hatred a product of the mystery surrounding Jayalalitha’s death?

Even when Jayalalitha was alive, this family was held responsible for much of what went wrong under her rule. Jayalalitha herself had called them traitors. The cadres felt that Amma was being manipulated by these people. When Sasikala did not allow anyone to see Jayalalitha for 75 days in the hospital, the suspicion against her had ­become fait accompli. They thought they could make themselves acceptable through the party. But they did not realise that the party could also disown them, like it has happened now.

AIADMK is seen as a party of sycophants. How can it survive without a strong leader?

Same was the fate of the Congress after 1969 before it split and you had this phenomenon of a strong leader for two decades. But in 1991, Narasimha Rao came and ruled the country beautifully for five years and no one could say a ­supreme leader or a family was doing it. It depends on how a party adjusts ­itself. Also, power is an important factor for this adjustment since the AIADMK is in power and OPS has emerged as an acceptable leader among the cadres. First OPS revolted against Sasikala, now EPS (Palanisami) has revolted against Dinakaran. They have two leaders now. And they will learn to adjust for the sake of retaining power.

Can the Sasikala family make a comeback?

I don’t think they have the moral ­resources to make a comeback. They may have financial resources. They should take the corrective step of leaving politics. Dinakaran met me on January 8 and I advised them to leave politics. “It will not suit you as your family has a bad image,” I had told him.

In that case should we also not blame Jayalalitha for letting the family rise to such political power?

This is how the mafia operates. During the emergency, a gang of four had taken over an intelligent person like Indira Gandhi. It happens. Similarly, this family took control when Jayalalitha was around. Also, she was a lonely person, which suited them.

How does the BJP benefit? The Left says this is the handiwork of the BJP.

If they do not say anything against the BJP, how can they be the Left? Look at it independently: A government that has four more years to go has to be a stable government – that alone has been the BJP’s concern. The central government has behaved extremely ­responsibly even after Sasikala’s takeover. If it wanted it could have created a split in the AIADMK. Can anyone ­accuse it of doing that? The BJP will gain only to the extent that the DMK will not come to power. And the AIADMK is a better party to be in power and has a mandate for four years. The BJP would not like a four-year mandate to be wasted. The BJP has not demonstrated any sectional interest.

Can an editor also be a political suthradhaar? You seem to have taken over from Cho on this count as well.

I have always been doing it. I was ­regarded as the suthradhaar for Rajiv Gandhi’s defeat in 1989. The Sunday magazine had written that Gurumurthy was more responsible for Rajiv Gandhi’s defeat than all of the Opposition put ­together. I’ve always been fighting against corruption and evil. One should not compromise oneself. I believe an editor should only use his brain and his writing and not get involved in power politics. You cannot say ‘give him that post or ministry’, that is wrong. Otherwise ­activism and honest journalism are ­inseparable. I am not one of those who believes in unbiased journalism. You can have independent journalism and not unbiased journalism. And let the people judge you.

Why Look The Other Way?