What If The South Had Seceded?

At the stroke of the midnight hour, when the world slept, south Indians saw a dream. They saw rising out of the void a new country 1,25,000 square miles in size with a population at that time of 60 million... 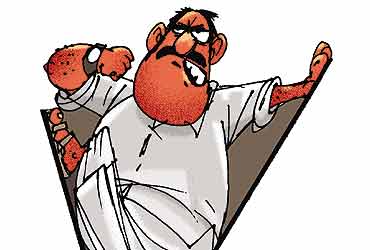 outlookindia.com
-0001-11-30T00:00:00+0553
At the stroke of the midnight hour, when the world slept, south Indians saw a dream. They saw rising out of the void a new country 1,25,000 square miles in size (Great Britain 95,000 sq miles) with a population at that time of 60 million (Great Britain 50 m). They saw clear-as-crystal south Indian logic in the naming of the country as Dravida Nadu rather than Dakshina Pradesh which sounded menacingly northern in orientation.

The dream distinctly showed Dravida Nadu getting a headstart from its abundance of talent. It was not just a matter of C. Rajagopalacharis and Sarvepalli Radhakrishnans. The wheels of administration everywhere were in south Indian hands. In the Rajputana region, for example, all the four leading states had south Indian dewans—V.T. Krishnamachari in Jaipur, C.S. Venkatachari in Jodhpur, T. Vijayaraghavachari in Udaipur and K.M. Panikkar in Bikaner.

This was no fluke. India’s own corridors of power in Delhi were manned by luminaries of Malayala Nadu, giving rise to the saying that, to get anything done in Delhi, one had to run from Pillai to Pillai. This fair observation was unfair only to the Menons and the Nairs who yielded to none in the said corridors.

The dreamers saw many strands of commonalties holding all southerners together. Nothing was stronger than their common patrimony of Carnatic music. That shared taste was matched only by the more heartily shared distaste for Hindi. All south was infuriated by Hindi imperialism as well as Hindi shallowness which labelled everyone south of the Vindhyas as a Madrasi. This display of ignorance was resented even by those in Madurai and Myladuthurai not to mention Medak, Mysore and Malabar. A few emotional wars had to be fought before a balance of terror could be achieved.

Inner peace now descended upon Dravida Nadu, fed no doubt by its deep philosophical wellsprings. After all, each of the five intellectually honed theological schools of post-Upanishadic Hindu thought had risen from the south. Advaita (Shankara), Vishishtadvaita (Ramanuja) and Dvaita (Madhwa) had travelled far and wide while Saiva Sidhanta remained primarily Tamil-bound and Vira Saivism primarily Kannada-bound. Clearly, Dravida Nadu had provided Aryavarta with its spiritual sustenance, without the south boasting about it or the north recognising it.

At this point, Periyar Ramaswamy Naicker appeared in the dream and began quoting from an article he had written. "South India had been a separate state up to the time of the British. Even Akbar and Ashoka dared not interfere with its independence. We have about 1,500 miles of sea coast, plenty of forests, a network of rivers and enormous underground wealth. And our manpower is incomparable." Dravida Nadu was filled with visions of becoming a leading world power.

From this point, however, the dream became rather jumpy and intermittent. Periyar proudly wore a black shirt, explaining: "Black is usually associated with death and sorrow. We Dravidians are worse than the dead. We are Shudras." The anti-Brahmin movement launched by that oratory rocked Tamil country and forever undermined a community that had ruled all south for almost all time.

That was all right because the Brahmins never enjoyed much popular support. But the movement also brought to light that the Periyar-inspired Dravida campaign was largely a Tamil-dominated campaign. Telugus, Kannadigas and Malayalis were not amused. They noticed that even Carnatic music had come under the guardianship of Mylapore.

Just as Dravida solidarity was getting frayed at the edges, conspirators operating through Raj Kapoor dealt the coup de grace. Dravida hearts were crushed when the Kapoor man was found cavorting with Padmini and Vyjayantimala instead of Nargis. When Rekha and Hema Malini were also captured by north Indians, the war against Hindi was irretrievably lost.

Its soul betrayed, Dravida Nadu now applied for readmission to the Union of India. Malayalis did not mind because they had established the dictatorship of the proletariat. Telugus did not notice because they were caught between Gaddar and Bill Gates. Kannadigas were too preoccupied with Cauvery to care. Tamils alone faced a music that was, alarmingly, not Carnatic.

They screamed—waking up all the dreamers. They looked around and found a shuddh Brahmin presiding over a shuddh Dravida party of Tamils. All, after all, was well.

T.J.S. George is the author most recently of MS: A Life in Music, the biography of M.S. Subbulakshmi.

USA 1861-65: What if the American South had won the civil war and become a separate country?

What If We Had Embraced America?