What If Shastri Hadn't Died Suddenly In Tashkent?

Indira Gandhi might never have become prime minister. There would have been no question of her dominating the national scene for nearly two decades irrespective of whether she was in or out of power. 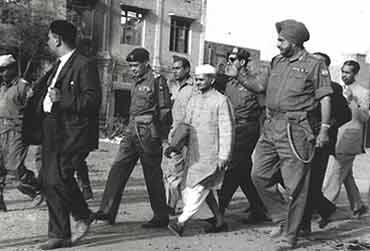 outlookindia.com
-0001-11-30T00:00:00+0553
Of all the "what ifs", this is perhaps the easiest to answer. For, had Shastri not died suddenly but served for another five years or so, Indira Gandhi might never have become prime minister. There would have been no question of her dominating the national scene for nearly two decades irrespective of whether she was in or out of power (for 30 months). Let the stark facts speak for themselves.

On the last day of 1965—two days before leaving for Tashkent—Lal Bahadur Shastri, who had stepped into Jawaharlal Nehru’s oversized shoes only 18 months earlier, neatly eased out T.T. Krishnamachari, finance minister in his cabinet as he had been in Nehru’s. As the news spread, Indira, who regarded ttk a friend and an ally, was not surprised. She was enraged. "I would be the next to be thrown out," she angrily told several people, including me, on that tense night.

I had gone to see her because along with some colleagues, I was leaving early next morning for the Central Asian city where Shastri and President Ayub Khan of Pakistan were to meet, under Soviet auspices, to bring peace back to the subcontinent after the 22-day war in September.

By then, it was widely known that Indira Gandhi’s relations with the prime minister had soured to the point of breaking down. Her outburst over Krishnamachari’s virtual dismissal was therefore understandable. More important, the frustration underlying her remark that she would be Shastri’s next target underscored a remarkable reversal of the earlier equation between the two.

Shastri, a diminutive homespun leader, was highly respected as much for his impeccable manners and genuine humility as for his vast experience of both the Congress party and the government. At the same time, in his own words, he was "not a sadhu". He was indeed a tough and wily politician. Hence, the complexity of his relationship with Indira. He knew that her presence in the cabinet would give it strength. But he did not want a potential rival in his team.

Towards this end, he adopted a dual policy of showing Indira all courtesies and nominating her to the important committees of the cabinet but giving her little real say in the making of high policy. She saw through it all and reacted with a mixture of resentment and defiance.

For instance, in February 1965, when Shastri was still trying to find his feet, there erupted in Tamil Nadu a virulent agitation against the apprehended imposition of Hindi. Feelings were so strong that several agitators immolated themselves. Though deeply worried, Shastri (and even Kamaraj, then Congress president as well as "the uncrowned king of Tamil Nadu") chose to remain in Delhi waiting for the situation to simmer down. By contrast, Indira Gandhi took the first available plane to Madras, rushed to the eye of the storm, argued with the agitators and helped bring the situation under control.

For this she was applauded by many but Shastri was not amused. He told his acolytes that she was "jumping over the prime minister’s head". When I mentioned this to her, she flared up. She did not look upon herself as a "mere minister for information and broadcasting," she remarked testily, but one of the "few leaders" the nation had. "Do you think this government can survive if I resign today? I am telling you it won’t. Yes, I’ve jumped over the prime minister’s head and would do so again whenever the need arises."

True to her words, six months later, in August when reports first came in of Pakistani infiltration into Kashmir, she immediately flew to the troubled Valley and stayed there until just before the all-out war inevitably broke out. Ironically, it was the 1965 war that put an end to Indira Gandhi’s ability to upstage Shastri.

Despite tall claims by both sides, the war had ended in a virtual draw but with a clear edge in India’s favour. However, this was enough to inspire the Indian people into feeling proud of themselves, their armed forces and their prime minister.Their trauma over the debacle in the brief but brutal border war with China three years earlier had at last ended. Shastri’s stock had soared and enabled him effortlessly to get rid of Krishnamachari, ignore Indira and take on all comers.

What was not known then but is firmly established since—especially by the intimate correspondence between Indira and her American friend, Dorothy Norman (published in 1985)—was that by December 1965 Indira was tired of being an inconsequential member of the cabinet.

She wanted to resign and go to London to live there "for some years at least". Both her sons were in England at that time, Rajiv at Cambridge and Sanjay, obsessed with cars, at the Rolls-Royce factory at Crewe to learn his preferred trade. 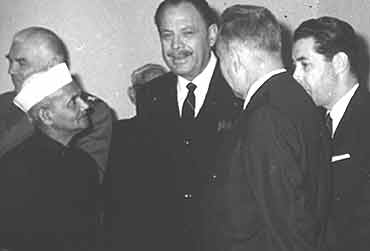 By a quirk of irony, Shastri’s mind was also working in the same direction. Whether Indira knew it or not—I have a sharp suspicion that she did—he was planning, as he told only a few of his confidants, to offer her the post of High Commissioner to the UK on his return from Tashkent. But who could have known that his mission would turn out to be a classic Appointment in Samara?

The rest, as they say, is history. However, in the interest of objectivity and fairness, I think I ought to add a caveat, if only because history has a cruel habit of taking utterly unpredictable twists and turns, as is underscored by what follows.

In March 1967, Morarji Desai lost his battle against Indira Gandhi for the second time. I thought I was being rational and logical in writing in The Statesman, the paper for which I was then working, that he had lost the last chance of becoming prime minister. After all, was he not 20 years older than the reigning prime minister?

Moraji Desai asked me to see him that evening and very politely told me that while I was entitled to draw my own conclusions, I must know that it was written in Brighusamhita that he (Morarjibhai) would be PM and would impose President’s rule in nine states. In 1977, on the day nine Congress-governed states were brought under President’s rule, he reminded me of our 10-year-old conversation. I duly recorded this in the Illustrated Weekly of India, then still edited by Khushwant Singh.

Inder Malhotra is the author of Dynasties of India and Beyond: Pakistan, Sri Lanka, Bangladesh.

Mexico City 1940: What if Trotsky hadn’t died in exile? Would it have threatened Stalin’s position?

What If India Had Won The 1962 War Against China?