What If Sanjay Gandhi Had Survived The 1980 Air Crash?

Indira and Rajiv might still be alive. The Nehru-Gandhi dynasty might have been consigned to history, but it also could have survived and flourished just as it does under the current generation. 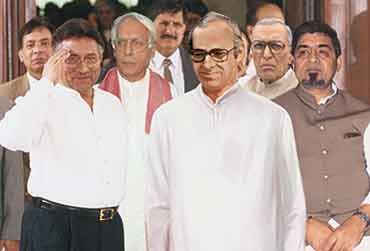 outlookindia.com
-0001-11-30T00:00:00+0553
On the morning of June 23, 1980, Sanjay Gandhi, a newly elected MP, father of a three-month-old baby, and the prime minister’s favoured son and heir, attempted to do an aerobatic loop in his two-seater plane and crashed, nose first, into the ground. What if he hadn’t lost control, what if he had managed to pull up out of his steep dive? What would have happened then—to Sanjay, to his mother Indira Gandhi, and to India?

It is hard to imagine Sanjay Gandhi as a 57-year-old. At the time of his death, he personified youth and energy, or ‘go’, as his mother put it. In his late 50s, would he be bald and overweight? Would he have aches and pains and high blood pressure? Or had he inherited his mother’s robust adult health, so that he would have been as vital and handsome in middle age as he was in his youth? Would his marriage have survived; would he have fathered more children? And what of his business activities? Would they have made him a multi-millionaire?

Or—the question on everyone’s mind in 1980—would Sanjay Gandhi by 2004 have become India’s prime minister?

Sanjay Gandhi aroused strong feelings. People either worshipped or demonised him, and this in itself indicated that he was potential prime minister material. Despite his many enemies, Sanjay might very well have inherited power from his mother. She made no secret of the fact that this was what she wanted, and Indira Gandhi often got her own way. Sanjay had boundless energy, a strong following, contacts, charisma, the best name in India, and money—all the requisites for a successful political career. But he also had a strongly authoritarian personality and a disregard for the procedures and norms of parliamentary government. Had he reached the top, the consequences for India could have been devastating. The mind may boggle at the idea of Prime Minister Sanjay Gandhi. But until that June morning in 1980, it was a distinct possibility.

On the other hand, Sanjay Gandhi could just as easily have been the political ruin of himself and his mother, and ended the so-called Nehru-Gandhi dynasty once and for all. As one of the main architects and implementers of the Emergency (especially the slum clearance and family planning programmes), Sanjay was disliked and feared by many of Indira Gandhi’s advisors, cabinet members, and by a sizeable contingent of MPs. There was even greater hostility towards him among certain segments of the electorate. Reckless and ruthless, Sanjay had a penchant for going ‘too far’. If Maruti and other activities had continued to expose shady dealings, if his big business backers had deserted him, if his enemies had decided to get rid of him, if his constituency in Amethi voted him out, he could have disappeared from the political scene. And if he got into really serious trouble—a full-blown scandal—he might have taken his mother and older brother down with him. The Gandhi era in Indian history then would have been nipped in the bud.

All trace of Sanjay did not disappear, of course, on July 23, 1980. He left a legacy, and nowhere was it more potent and dangerous than in the Punjab. Sanjay, in fact, was a crucial figure behind the central government’s covert backing of Jarnail Singh Bhindranwale and his army of Sikh militants. In the 1970s, Sanjay had formulated a ‘divide and rule’ tactic to split and weaken the Akali Dal opposition to Congress in the Punjab. Bhindranwale siphoned off the more extreme Sikh elements. This secret aiding and abetting of Bhindranwale, once set in motion, contained the seeds of future events, including the storming of the Golden Temple in June 1984 and the assassination four months later of Indira Gandhi by her Sikh bodyguards.

Ironically, had Sanjay lived, he might have proved less dangerous and destructive. But this would have depended on whether Indira Gandhi was able to control, even immobilise, him. In the aftermath of the Emergency, when she began to comprehend Sanjay’s complicity in the huge damage done by it, she showed signs of standing up to her son. On the other hand, Sanjay might conceivably have been removed in one way or another by certain influential Congress figures who could no longer tolerate his activities. Sanjay wouldn’t have gone quietly, but he might have been divested of his power. 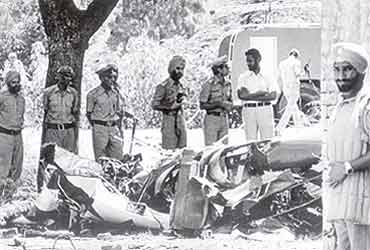 There was a frenzy of grief after Sanjay Gandhi’s death at just 33 (he would have been 34 had he lived to his next birthday in December). Delhi was gripped by a mass mourning exercise similar to the aftermath of Princess Diana’s fatal car crash in 1997. Instant monuments to Sanjay sprang up all over the city. Even his inveterate enemies felt the horror of his end. Sanjay’s death was clearly the greatest tragedy of Indira Gandhi’s life. Sonia Gandhi has described how Indira "for all her courage and composure was broken in spirit". But was Sanjay’s death a tragedy for India? One of Indira’s closest friends and a seasoned commentator on Indian politics said at the time of Sanjay’s death that "a wave of indefinable relief blew right across the country". Years later, B.K. Nehru told me that far from being a catastrophe, Sanjay’s end "was the best thing that could have happened in India".

Today, however, Sanjay’s 24-year-old son, Feroze Varun, claims that wherever he goes "people tell me had Sanjay been alive, India would not be in the state it is today. People see (Sanjay) as a visionary with an unfinished dream". Or was it an "unfinished nightmare"? In the 2004 general elections, Sanjay’s nephew, Rahul Gandhi, running as the Congress candidate, won the Amethi seat to which Sanjay was elected in 1980, and Rajiv Gandhi in 1981. Feroze Varun, who has recently joined the bjp, is at 24 still too young to stand. At the moment, he’s biding his time and writing poetry. But many people believe what Feroze Varun has not ruled out—that when he comes of age, he will enter politics, and then there will be talk of "the return of Sanjay Gandhi".

This, however, can never be. Whether you loved or loathed Sanjay Gandhi, he was quite simply irreplaceable. For good or ill, he piloted himself into oblivion 24 years ago and today all our ‘what if’ speculations are in vain. The most we can say is that had Sanjay not crashed on that hot June morning, India would have been a very different place today. Indira and Rajiv Gandhi might still be alive. The Nehru-Gandhi dynasty might have been consigned to history, but it also could have survived and flourished just as it does under the current generation of Rahul, Priyanka and Feroze Varun Gandhi.

But then, there are no second chances in history.

(Katherine Frank is the author of Indira: The Life of Indira Nehru Gandhi, a book which landed her in a court case.)

Bahawalpur 1988: What if Zia hadn’t opposed the Geneva accord? Would he have met with an air crash?

Babylon 323 BC: What if Alexander hadn’t died at 32? How many more conquests would he have made?

What If We Had A Uniform Civil Code?