Advertisement
Home National
What if....

What If Reservations Had Come To An End In 1960?

It would have brought about a disaster. Dalit representation in Indian politics would have been non-existent. 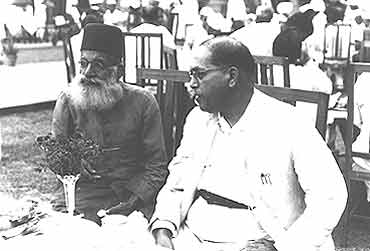 The Prakash Ambedkar interview: Legislation doesn’t change people. That’s why B.R. Ambedkar didn’t believe that reservation of constituencies or jobs for Dalits would change the way Indian society looked at its lower castes. He reluctantly agreed to reservation in the belief that it would be discontinued 10 years after the adoption of the Constitution. But half a century later, reservation remains an issue in India.

What if we had restricted reservations of constituencies just to a decade as Dr Ambedkar had envisaged?
Dalit representation in Indian politics would have been non-existent. The Dalits in most parts of the country are so scattered that they do not have a meaningful electoral strength. So, here, reservation of seats for Dalit candidates has served a purpose. Having said that, the cancellation of political reservation would have made no difference to the Dalit movement because Dalit politicians who have benefited from the reservation of constituencies have turned out to be puppets in the hands of parties like the Congress and the BJP. These parties exploit political reservation to increase their own seat count. The welfare of Dalits has been lost in political calculations. So if political reservations end today, it may not make a difference to the larger welfare of Dalits.