What If Pather Panchali Hadn't Been Made?

Excerpts from a May 10, 1986 interview: Last Monday, Satyajit Ray announced that he would step down as executive chairman of JWT... 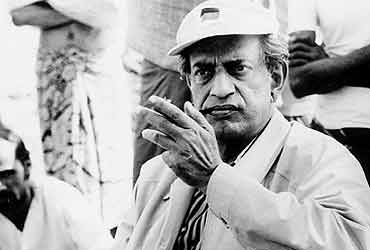 outlookindia.com
-0001-11-30T00:00:00+0553
Last Monday, Satyajit Ray announced that he would step down as executive chairman of JWT, ending an extraordinary advertising career that began in 1943 when he joined D.J. Keymer as junior visualiser, in Calcutta in his native India. Ray came to JWT’s New York headquarters in 1973. He became chairman, the first non-American to hold the post, in 1981 and led jwt’s rise to be the world’s largest advertising network. AA spoke to Ray on Tuesday.

AA: You are 65. It’s common for CEOs to continue working well into their 70s... Ray: Yes, but I have a few other interests which my career never gave me the time to pursue seriously. I believe I must devote some energy to those, now that I am, well, running out of time.

AA: Didn’t you make a film?

Ray: That remains the great regret of my life. In 1952, I started shooting Pather Panchali, based on a Bengali classic, while still working in Keymer. But I ran out of money. I sold everything I had—my wife’s jewellery, even my music collection, but it wasn’t enough. I couldn’t find a financier. No one would back a film with no songs and dances, no love interest. In 1956, I accepted defeat. Besides, the main characters in the film were a small boy and a teenage girl. They had grown up in these four years, leading to quite unsolvable continuity problems. I must confess I still feel extremely bitter about this.

AA: Would your life have been different if you had completed the film?

Ray: Well, I have always been a film buff, and assisted Jean Renoir when he came to Bengal to shoot The River. So it is possible that if Panchali got made and was successful, I would have become a full-time filmmaker.

AA: What is the state of Indian cinema now?

Ray: Pathetic. Someone called Ghatak made a film, Ajantrik (The Unmechanical), which I thought showed a unique sensibility. But he never managed to make another film. Another advertising man, Benegal, made a film called Ankur (The Seedling), which was rather good, but the producer had forced him to put in a couple of songs. Benegal found it frustrating. Went back to advertising. Heads Lintas in India now. So, nothing has changed. The other day, I saw a film called Charulata. The story had definite cinematic possibilities, but...six songs, including one where the heroine sings dolefully about her loneliness while getting drenched in the rain in a diaphanous dress. (Laughs.)

AA: Was Pather Panchali ever made into a film?

Ray: No. In fact, I spent the last two weeks reworking my original screenplay. I find it somewhat flawed now. I can easily finance the film myself today. And I intend to start on it as soon as I reach Calcutta.

Japan 1954 : What if Kurosawa hadn’t made ‘Seven Samurai’? Would ‘Sholay’ be conceived?

What If Ingleesh Is Free?