What If Lata Had A Rival?

Would Lata have attained the 'super' status she did if Noor Jehan (as the 'brighter' voice) had chosen to stay on in India after Partition? I took the point to Naushad... 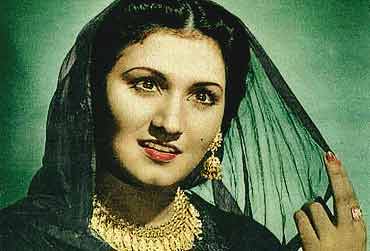 A full 33 years after Partition, back in India. Noor Jehan was a towering presence in Bombay’s Shanmukhananda Hall. During that misty February 11, 1982, evening seeing even Dilip Kumar (as Noor Jehan’s 1947 Jugnu co-star) ditching Lata Mangeshkar! While ‘Sangeet Samrat’ Naushad Ali’s materialising by the Malka-e-Tarannum’s side, now, was a resonant reminder that this composer had been the only one in India to record first K.L. Saigal (for Shahjehan) and then Noorjehan (for Anmol Ghadi).