Former Prime Minister Indira Gandhi had declared Emergency on June 25, 1975, curbing civil liberties across the country, plunging the republic into darkness. Veteran journalist Kuldip Nayyar writes for Outlook what if the draconian measure had not been clamped. 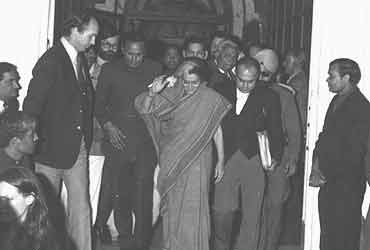 "Mrs Gandhi Unseated . " That was the ‘flash ’ message which N.K.I. Seshan, her private secretary, ripped off from the UNI teleprinter. A lightning call from Allahabad too confirmed that Justice Jagmohan Lal Saxena, who was hearing the election petition against Prime Minister Indira Gandhi, had held her guilty of ‘misusing’ of ficial machinery during the poll campaign. He had debarred her from occupying an elected of fice for six years but had stayed the order for three weeks, from June 12 to July 3, 1975, to enable her to go in appeal to the Supreme Court.

The punishment, many in the PM’s house felt, was like unseating her for a traffic offence. Rajiv simply told his mother: "They have unseated you." But all awaited the return of Sanjay from his Maruti factory coming up in Gurgaon. He was already the power behind the throne.

Initially, Mrs Gandhi was inclined to step down till the SC exonerated her. She even sounded out Kamalapati Tripathi, her trusted cabinet minister, to be ready to step in temporarily if she were to do so. Jagjivan Ram, who was the seniormost minister then, felt hurt. Yet, he was clear in his mind on the course of action. "We shall all support Tripathi but once she steps down, we shall move in," he told me.

Sanjay Gandhi knew his mother was not the one to give up easily, but at the moment, she was on the ve rge of doing just that. And that step, he figured, he must stop. He organised large public rallies not only to convince her that the country needed her but also to keep her ‘enemies’ at bay. So crude was the exhibition of support for Mrs Gandhi that some Congress MPs took exception to the ‘populist’ demonstrations. Mrs Gandhi reply was: "They are spontaneous. "

For the Opposition—the Congress old guard, the Jana Sangh, the Bharatiya Lok Dal, the CPI(M), and the socialists—the Allahabad judgement was a godsend. They had attacked Mrs Gandhi on many counts: corruption, authoritarianism and her scant respect for democratic traditions. But nothing seemed to work. The judgement did. A wave of horror spread throughout the country. There was an outcry against her. Both the public and the press wa nted her to step down till the court cleared her. It was a clamour she could not let continue.

Her lawyer-confidant, the West Bengal CM Siddhartha Shankar Ray, advised her to impose "internal emergency" when she said that there was an "external emergency". While imposing the Emergency, Mrs Gandhi said in defence that she had foiled "the plot to negate the very functioning of democracy ". However, Justice J.C. Shah, who looked into the excesses of the Emergency, pointed out in his report: "But there was no evidence of any breakdown of law and order in any part of the country to justify the imposition of the Emergency. " 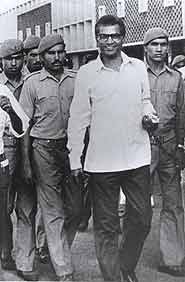 During the Emergency, thousands were detained without trial. The press was gagged and a series of totally unwarranted actions followed. Even Mrs Gandhi ’s friends in the West were horrified. A daughter of Jawaharlal Nehru snuffing out liberty was too horrible a reality for the liberals to face. It is a tragedy that public servants or politicians were never punished for the excesses they committed. The damage which the Emergency did to the system—and the institutions— can never be repaired because those who perpetrated the wo rst crimes are not even feeling sorry. Some of them, in fact, are at the helm of affairs.

It is a hypothetical supposition. But what would have happened had Indira Gandhi not imposed the Emergency? The demands for her resignation following the Allahabad HC judgement would have become louder. The press would have become critical. But all that would have come to a stop a few weeks later when the Supreme Court gave her the "stay" and all owed her to continue as prime minister, but denying her the right to exercise her vote till the disposal of the case. The jurist Nani Palkhivala, who returned the brief after the imposition of Emergency, would have fought her case and probably got the HC judgement annulled.

Justice Shah has said in his report: "There is no reason to think that if the democratic conventions were followed, the whole political upsurge would in the normal course have not subsided." But in her anxiety to continue in power, Mrs Gandhi brought about instead a situation which directly contributed to her continuance in power and also generated forces which sacrificed the interests of many to serve the ambitions of a few.

Nonetheless, had the Emergency not been imposed, the fallibility of the press, public servants and the judiciary would not have been proved. Newspapermen, in the words of L.K. Advani, began to crawl when they were asked to bend. The anxiety to survive at any cost became the key concern of public servants. Most of the judiciary was so afraid that it would reject habeas corpus petitions against detention without trial. The high priests at the SC, with the exception of Justice H.R. Khanna, upheld the Emergency and the suspension of fundamental rights.

The imposition of the Emergency exposed the timidity of Indian society once again. Its moral hypocrisy was reinforced. There was no awareness of what was wrong, nor was there a desire to act according to what was right. The dividing line between right and wrong, moral and immoral, ceased to exist. And the nation is still paying for it.

Did the Emergency help the JP movement? Yes, in the sense that Mrs Gandhi’s authoritarian rule wiped out the Congress, as was proved in the polls in 1977. But Jayaprakash Narayan’s stir was independent of her functioning. His was a fight for a revival of values. At his first meeting in 1973 at Patna, two years before the Emergency, he gave a call to the youth to fig ht against all that was dishonest in societ y. He moved to Gujarat in 1974 to initiate the Nav Nirman agitation, and won at the assembly polls. Eventually, he would have taken up state after state and demolished the vested interests, whether they were in Indira Gandhi’s camp or that of others.

The JP movement did not provoke Indira Gandhi to impose the Emergency. Nor was the Emergency meant to suppress the JP’s growing popularity. Both were independent developments. What was common between the two was their failure. Both exposed the deficiencies of our society. People did not have the courage to respond to the call to fight the fear which Mrs Gandhi had created. Nor did they stand up when JP gave the call for ‘parivartan’ (change). People quickly defeated her when elections were held. That was their catharsis.

Former envoy to the UK, Kuldip Nayar is the author of 11 books, including ‘Between the Lines’ and ‘India after Nehru’.

Beijing 1967: What if Mao hadn't called for a Cultural Revolution? Would China have reformed?

Washington 1952: What if McCarthyism hadn't happened? Would Hollywood have bred revolution?

Indira Acts On Her Own