What If Harshad Hadn't Been Caught?

The Initial Public Offering of the Lok Sabha in early 2002 was the best tribute the nation could pay to the memory of its greatest reformer. For several years, Harshad Mehta had single-mindedly planned the IPOs... 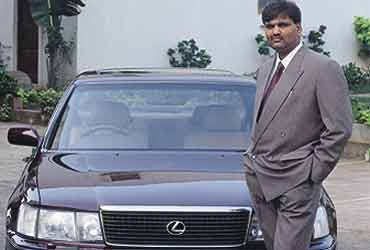 outlookindia.com
-0001-11-30T00:00:00+0553
The Initial Public Offering of the Lok Sabha in early 2002 was the best tribute the nation could pay to the memory of its greatest reformer. For several years, Harshad Mehta had single-mindedly planned the IPOs. He worked out the modalities and convinced MPs that it would be to their benefit to sell themselves (that wasn’t too tough actually!). He persuaded investors that owning shares in a minister made as much sense as owning shares in a software blue-chip.

If he had throttled back the work schedule, he might not have suffered a fatal collapse, minutes after he drove his Maybach home from a New Year’s eve party on December 31, 2001. Ironically, Harshadbhai was an extremely good driver. He never pushed his fancy cars beyond their (considerable) limits. If only he had treated his body with the same respect.

His grand conception of converting MPs into corporations has been universally hailed as a stroke of genius. In hindsight, it’s simple. Harshadbhai saw individual MPs as "virtual, mobile corporations," generating profits during their respective terms in office.

As Harshad saw, it is possible to use a standard capital asset pricing model to value MPs in the same way as businesses. He created a sliding scale that has lowly Opposition backbenchers at the bottom and the PM at the top, with ministers, cabinet ministers and so on in between. The 540-share Empex tracks the daily fluctuations in their value.

By buying shares in MP, investors can get a share of the profits politicians generate while government becomes self-sustaining. The MPs get the IPO proceeds and have the responsibility of generating independently audited profits.

An incorporated MP has a greater incentive to perform: inefficiency may lead to low prices or even delisting. Social equity can be built in by fixing IPO allotment quotas for SC/STs, OBCs, pensioners, etc. By ensuring that anybody could own a piece of his/her favourite politician, Harshad cleaned up the political process.

Harshadbhai never lacked in imagination. This was apparent in the methods he used during 1991-92. Small-time traders have always got cosy with bank branch managers, "borrowing" from the teller on a daily basis and returning the cash before closing time with under-the-table interest. Harshadbhai did just this on an unimaginably large scale. He cultivated bank governors. He "borrowed" thousands of crores and returned the cash with interest after playing the stockmarket.

In April 1992, it seemed the scheme would fall apart due to an unfortunate coincidence of timing. The bse was shut due to a brokers’ strike and an rbi audit suggested "irregularities" in the banking system. He bribed his way to ensure that the audit slowed down and the bse opened up. He sold his stocks, cleared a profit and replaced the cash.

The stockmarket stayed in a bull run which only ended with the global crash of 2000. Over a decade, the "wealth effect" resulted in huge capital inflows and double-digit GDP growth. Another positive effect was a reduction in religious tensions as members buried their erstwhile differences by joining the equity cult.

Somewhere along the line, Harshadbhai realised the inherent flaws in buying MPs on a cash-and-carry basis. By creating an institutional mechanism for the process, he ensured everyone could get a slice of the pie, the very basis of social equity. As a social reformer, that will remain his enduring legacy to the nation.

(Devangshu Dutta is the author of Icons from the World of Business.)

Singapore 1995: What if Barings Bank was aware of account no. 88888 where Nick Leeson hid his losses?

What If Reservations Had Come To An End In 1960?