National What If Gandhi Had Lived On?

What If Gandhi Had Lived On? 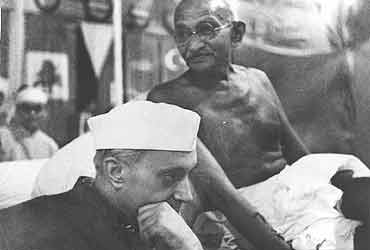 We know that there was a perfection to Gandhi’s death. On January 30, 1948, within months of independence, he was gunned down as he walked to pray, his hands folded in a greeting to his assassin. On his lips as he fell was his favourite name for God, Ram. Surrounding him were hundreds who loved him and had joined him for the daily prayer-meeting.

We know too that the killing discredited the doctrine of hate that had gathered new strength following the carnage in West and East Punjab in August-September ’47. Across the subcontinent Hindu and Muslim extremism suffered a severe blow.

Yet though Providence used the death designed by his killers to frustrate their goals and to advance those of Gandhi, a Gandhi living in the late ’40s and ’50s would have helped (a) to heal India-Pak relations and (b) to correct the sarkar-janata equation in India and in doing so give the Congress a role very different from what was seen after independence.