What Does It All Add Up To? 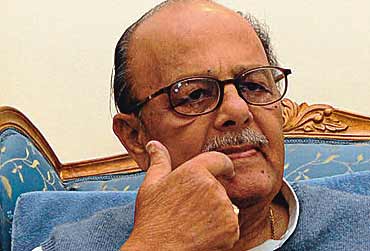 outlookindia.com
-0001-11-30T00:00:00+0553
Can the HRD ministry get around the roadblock put by the two-judge bench of the Supreme Court which ordered an interim stay on 27 per cent reservation in centrally-aided educational institutions in the new academic year? Sources say the ministry wants the government to adopt a two-pronged strategy—appeal for the case to be referred to a larger constitution bench, or go for a review of the order to get the stay vacated. The government is also likely to give the court an assurance of conducting periodic surveys of OBCs.

The SC's objection to the implementation of the Central Educational Institutions (Reservation in Admission) Act, 2006, was that the government couldn't go ahead with quotas in the absence of any detailed survey of backwards. To bolster its case, the government is now collating all data it has access to.

The ministry of rural development has called a meeting of state ministers on April 12 to set a time-frame for collecting data on BPL households. UP, Assam, Chhattisgarh and Orissa have already completed the exercise. A survey is currently on in Karnataka, while Bihar has already compiled its list. The Centre hopes to present a detailed picture on OBC status, at least among rural households, since one indicator in BPL surveys relates to caste. The ministry of social justice and empowerment too is in the process of getting data through the National Commission for Backward Classes and state commissions. The data, sources say, might probably yield a figure higher than the Mandal Commission's 52 per cent. The government will also argue that the present quota is in consonance with the earlier SC rulings upholding 27 per cent quota for OBCs in government jobs in '92.