What Caste Is A Nobel?

Awards are also about arbitrariness and opportunity 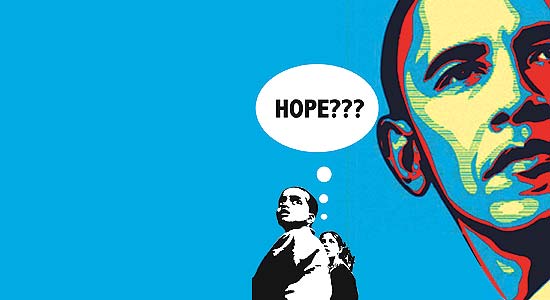 After the announcement of the Nobel peace prize for Barack Obama, the first black American president, a colleague wondered, “When will an Indian Dalit win a Nobel?” The observation related to the fact, too, that this year’s winner for chemistry, Venkatraman Ramakrishnan, is also a Brahmin, like three out of the other five Nobel winners of Indian origin. Each Nobel season creates interesting ripples. This year’s global chatter has been dominated by the announcement of the peace prize for Obama for his, according to the Norwegian Nobel Committee’s citation, “extraordinary efforts to strengthen international diplomacy and cooperation between peoples, particularly his work to rid the world of nuclear weapons”. Even the more charitable commentators say the award is for Obama’s promise with regard to multilateralism and nuclear disarmament than his performance, to judge which his as-yet nine months’ tenure is too short. Probably, the refreshing contrast that Obama’s noble diplomatic pronouncements make against his predecessor’s aggression carried the day for him with the Nobel jury.

Anyway, a coloured American’s journey to presidency and beyond to the Nobel was unthinkable just four decades ago, when the civil rights movement, under the leadership of Martin Luther King Jr, battled centuries-old racist prejudices. This year’s Nobel announcements are remarkable in another way too. The gender barrier in economics has broken with Elinor Ostrom. With all this movement, it’s time to ask in India too: when will Dalits break their glass ceiling and rise from quota to excellence, from merely holding office to putting in lasting achievements? Have we created conditions for them to accumulate enough cultural capital to take them to this essential next stage of empowerment? I am surprised how nobody here has yet courted controversy with the Brahminical ‘twist’ to the Nobel, considering that out of the six Nobel winners of Indian origin, four are Brahmins, of whom three are Tamil Brahmins. No one will be so facetious as to argue for a Dalit and obc quota in Nobel prizes based on this fact, but some genetic supremacists will latch on to it to insinuate that some communities are congenitally more advanced than others, what with another fact that most Nobel prize winners have been Jews. But it is not genetics, it is cultural capital, which in a hierarchical order is concentrated at the top and is a result of various historical factors and contexts, that explains the apparent correlation between communities and achievement. Cultural capital gets transmitted from generation to generation and over generations, which makes its recipients well-entrenched. Intelligence is distributed across all sections of society, but opportunities are not. So it is with geography. There are plain historical reasons as to why most Nobel winners in India are from the upper castes of Tamil Nadu and Bengal.