What Are War Crimes? 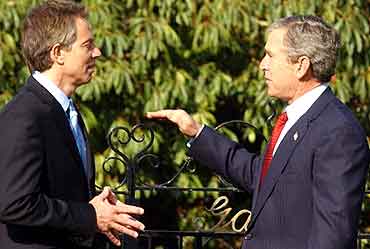 outlookindia.com
-0001-11-30T00:00:00+0553
Article 147 of the Fourth Geneva Convention defines war crimes as: "Wilful killing, torture or inhuman treatment, including...extensive destruction and appropriation of property, not justified by military necessity and carried out unlawfully and wantonly." Instances like the bombing of a restaurant in Mansur, Baghdad, killing 14 people, and the indiscriminate use of high-casualty weaponry, is a clear breach.

Is this the only definition?
No. The Nuremberg trials of 12 Nazi leaders rejected German arguments of the "necessity" for pre-emptive attacks. "To initiate a war of aggression," the tribunal ruled, "is not only an international crime; it is the supreme international crime."

The Rome Statute of the International Criminal Court (ICC) also holds "attacking or bombarding, by whatever means, towns, villages, dwellings or buildings which are undefended and which are not military objectives" to be a crime. Britain accepts the jurisdiction of the ICC, the US doesn't.

What are Bush and Blair guilty of?
They have gone against the Nuremberg judgement. The only exception for such action is self-defence. There is no evidence to claim that the US and Britain were under threat from Iraq. They invaded Iraq without the approval of the United Nations. They bear final responsibility for the attack on civilian targets launched on the mere suspicion of getting Saddam. They also bear responsibility for the use of weapons that most human rights groups believe are WMD.

Did US/UK use WMD?
By WMD the US and Britain mean nuclear, biological and chemical weapons. Human rights groups say cluster bombs, shells using depleted uranium, and explosives with colossal power are also WMD. These have all been used in this war, sometimes in civilian areas.

Did US-UK have responsibility to prevent looting?
Yes and no. Under the Geneva conventions, occupying armies have a duty to protect property under their control. The Geneva Convention was followed up by The Hague Convention for the Protection of Cultural Properties in the Event of Armed Conflict in 1954. It aims to protect monuments, archaeological sites, etc. Neither the US nor Britain have signed the Hague Convention.

Can They Be Tried For War Crimes?