It was a good year to be out of India 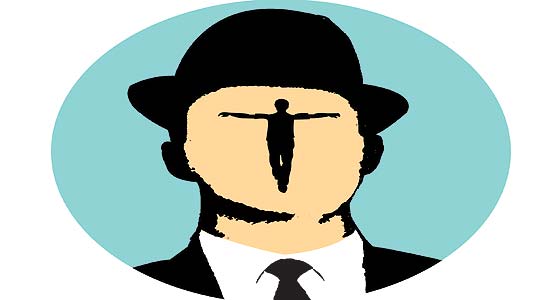 Looking back, it’s tempting to find some strange augury in random memories: reading Chronicle of a Death Foretold during a brief summer visit to Delhi or, more eerily, hearing the crump of the blast that didn’t kill Britain’s Big Mother at the Grand Hotel in Brighton, just two weeks before the assassination of our own Iron Lady.

I know these were just meaningless coincidences in what was doomed to be a portentous year. And yet, I’m still grateful for one happy coincidence—that, for the first time since 1963, there were no Frieses in India. My family was comfortably scattered and 1984 was the year that Delhi ceased to be home. That physical absence, and absence of memory, would make all our eventual homecomings much sweeter.

My own 1984 began and ended in Brighton, spanning the second and third years of my academic calendar at the University of Sussex, then a roseate oasis of trendy lefties in Thatcher’s drab Britain. I had spent my first year in the metamorphosis of reinvention, avoiding Indian students, building a wardrobe of recycled Bundeswehr trousers, distressed sweaters and second-head hats. I acquired an earring and lost the girl I had won in Delhi. And as for my politics, well, today I would hesitate to credit an undergraduate student with any politics, but I certainly had convictions, as fickle and unequivocal as everyone else’s.

I should probably have read more Orwell. Although everyone from the Thatcherites to the Trotskyists were invoking Orwellian spectres that year, they weren’t saying much. The one memorable engagement with Orwell’s writing in 1984 was Outside the Whale, Salman Rushdie’s broadside against the recent spate of Raj revival films and TV serials and, more tangentially, against the apparently ‘quietist’ Orwell of Inside the Whale. That quarrel now seems a little peculiar: the inside/outside, the whale business another metaphor for the chicken-and-egg conundrum our professors called ‘Structure and Agency’. And in the long run, Orwell is more the relentless Ahab, Rushdie a better Jonah. Meanwhile, I followed the common room debates of fellow students with a mixture of fascination and irritation. The Eliza Doolittlesque girl from the Militant Tendency who threatened imminent revolution: “Just you wait!” (they were plotting to take over Labour, from inside the whale). Or the Socialist Workers’ Party boy who proffered the Internationalist line on Khalistan: “We support popular struggles everywhere.”

My inability to identify with these Ingsoc (newspeak for English socialism) groupuscules may have had something to do with a smug conviction that we had already had our 1984 in 1975, with Madam and MISA and Work More Talk Less. But I did ultimately sign up for the African Caribbean & Asian Students’ Society, where to my own surprise I was swiftly appointed chairman of the Political Committee. It should really have been called PunjSoc, and although its main agenda was an honourable one—organising raucous Baisakhi parties—it was also a kind of lack-of-focus-group for the inchoate identity politics of young British Asians. Given my own identity crises, I was both amused and flattered at the realisation that my charisma lay in my apparent Indo-authenticity. But it all unravelled when my fellow ACASS politicos asked for resolutions on the situation in Punjab and I suggested they should be more concerned with the situation in Southall or Brixton.

But by now I had fallen in with a set of Indian-Pakistani-Bangladeshi graduate students of various Marxist denominations whose company was infinitely more attractive. They were better read, more romantically adventurous, and could cook really well, a trifecta of winners that made them irresistible. I’m not sure what they saw in me but it was in this company of red aunts that I became the frontman of my very own political cell, the South Asian Socialist Forum. Which did absolutely nothing, as I recall, except make the point that membership was restricted to South Asian nationals. We did hold a memorial service for Faiz Ahmed Faiz, who died in late November. But I don’t recall any meetings on the carnage in Delhi. Perhaps we knew this tragedy was too personal for committee meetings.

I was in my basement room in Kemptown, listening to the radio, when it dawned on me that the newsreader was talking about Indira Gandhi in the past tense. I remember worried friends with families in Delhi and that peculiarly Indian horror, echoing both the accumulation of Partition stories and the reflexive twitch of middle-class DNA, at the news that even passengers on the Bombay-Delhi Rajdhani Express had been lynched.

As it turned out, I wouldn’t see my hometown again until I disembarked from that very train one morning in 1991, full of nostalgia and selective memory. I was so happy to be back in the belly of Delhi. Home from the exile of youth.

(Kai Friese is the editor of Outlook Traveller and Geo.)