Jayaprakash Narayan, who doesn't even find a mention in this book, provided a deeper insight into the future, writing in the early years of Independence, than Desai does today. 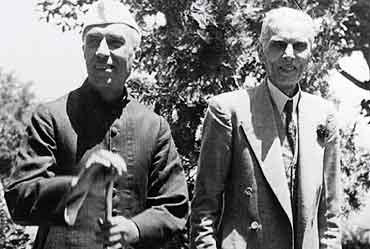 When I hear or read the word democracy, my first reaction is to be on guard; to wonder if another confidence trick is being pulled over the country. Over the decades, democracy has become a cover under which politicians, whom you would not trust with a loan of Rs 10, gain authority to handle crores of public money or put pressure on those who do. To reach the commanding heights of politics, they must contest elections, which needs cash in suitcase-fulls. Criminals and their black money associates are happy to contribute, for a price. Society pays the price, with corruption eating increasingly into its vitals. If progress is made, it is in areas shielded from party politics. The true test of democracy, we were told in school, was that it should further "the greatest good of the greatest number." As practiced in India, the word has come to signify the opposite.

Regular elections are supposed to be the acid test of democracy, filtering out the dirt from the system, replacing them with cleaner elements. But our experience has been the opposite. The need for huge amounts of money needed to buy vote banks and retain enough for partners and followers has corrupted the system. More and more criminal elements are getting elected to legislatures or using their clout to fix administrative and police appointments - the politician-bureaucrat-criminal nexus to which the N.N. Vohra committee report drew attention a decade ago. Each election breeds more corruption. The biggest victims are the poor and under-privileged; most of the funds meant to improve their lot is siphoned away before it reaches them.

These are systemic defects, not aberrations, that admirers of the Westminster system of parliamentary democracy like Lord Meghnad Desai (who sits in Westminster) tend to underrate. In the book under review, he surveys the origins and history of India's embrace of the Westminster system since the Minto-Morley reforms of 1909. The process was gradual, the doses mesmerised India's paper-thin creamy layer of westernised elite into believing that it was the best of all possible systems of governance. Yet there were reasons for doubt. The Westminster model originated and developed over time in an island nation a fraction of India's size. And Britain did not have such a deeply fissured society, with a multiplicity of castes, sub-castes, communities, languages and dialects that were prone to be converted into vote banks by rival parties. Nor were most of its voters illiterate and poverty-stricken, as in India. In fact, it was takings from its Indian Empire that helped develop Britain, while further impoverishing the poor in the subcontinent. .

The Westminster model held out the prospect of securing control of the supreme executive power of government by a battle for power between rival political parties. Traditional institutions of direct democracy, like panchayats, were dismissed as archaic. Their role in getting people to work together played no part in the process. Democracy was equated with a competitive no-holds struggle for centralised power in which the majority captured control of all agencies of government. Desai recognises these deficiencies but treats them as warts on a healthy system.

In British India, the divisive, power-oriented politics ingrained in the Westminster model promoted the creation of Pakistan. Jinnah played on Muslim fears that as a permanent minority they could never hope to occupy the seats of power in an undivided India. He did not realise that Westminster would also help to splinter the Hindu community in the struggle for power. That was to come. A different, less divisive, model of governance, with guaranteed representation for minorities in government, may have changed history.

Meghnad Desai is no admirer of Gandhi, who differed from his colleagues in recognising the incompatibility of the British model to Indian conditions.He is unhappy with his fasts because they exerted influence outside the rules prescribed by Westminster, forgetting that they were an effective corrective because they were backed by the democratic sanction of mass public opinion. He is dismissive of Gandhi's alternative vision of village republics in which power would devolve downwards.

I do not find any mention of Jayaprakash Narayan in Desai's essay. Gandhi's life was cut short just as he began to spell out his alternative to the Westminster model adopted uncritically by independent India. JP elaborated on his vision. The functions of the village republics are laid out in A Plea for Reconstruction of the Indian Polity, 1959, together with their role in non-party elections to and formation of State and Union governments. Though written in the early years of Independence, JP provided a deeper insight into the future than Desai does today. An extract:

Experience has shown that present-day mass elections, manipulated by powerful, centrally-controlled parties, with the aid of high finance and diabolically clever methods and super media of communication, represent far less the electorate than the forces and interests behind the parties and their propaganda machines.

I am not qualified to assess Aitzaz Ahsan's contribution on Pakistan to Divided by Democracy, but can safely assert that the Westminster model has not promoted national integration and development anywhere in the subcontinent.

An edited version of this appears in the print magazine.

Two Cars And An Express