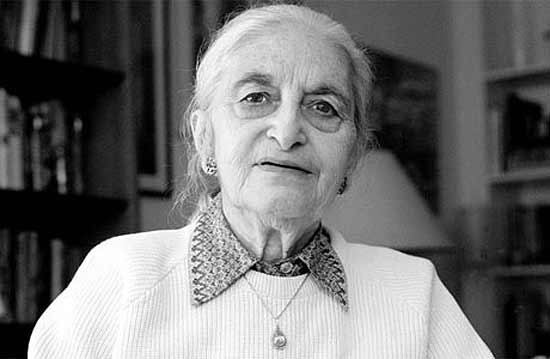 After a hiatus of some years, a collection of short stories from Ruth Prawer Jhabvala: vigorous, sharp and often expansive, it is an odd assortment, like a box of mixed sweets, with old tastes tingling with the new. Who in 2011 will savour, let alone enjoy, the opening story, Innocence? It’s about a struggling Hindi writer with a day job at All India Radio and his fellow lodgers: a sari-clad, spiritually-inclined American and Kay, a mildly vampish brigadier’s daughter who reads Francoise Sagan. “Is it true? Is this how modern girls behave, so free and knowing so much about sex?” asks the landlord, picking up a tattered copy of the novel. He’s a dodgy, lower middle-class Delhi Punjabi, rumoured to have been involved in a gold-running racket with “Bibiji”, his harmonium-playing wife. It’s oppressively hot, with “winds laden with the dust of the desert whirling through the city”. Then, suddenly, there’s blood on the floor.

Don’t you know the characters, the suppressed sexuality and violence bred in a stronger climate? It’s old stock Jhabvala, all the way from The Householder (1960) to Shakespeare Wallah (1965) and Heat and Dust (1975), on which her reputation as Booker Prize and Oscar-winning novelist and film writer is based.

But wait, there are some engrossing surprises; unexpected corners are turned—from the limply dated to the robustly up-to-date—that show the octogenarian in fine form. Jhabvala once described herself as a perennial refugee. A German Jew whose family fled the Holocaust to Britain, she married the architect Cyrus Jhabvala in London in 1951 and lived in Delhi for 24 years; in the 1970s, as the third member of the partnership of film producer Ismail Merchant and director James Ivory, she moved to New York. That team effectively broke up with Merchant’s death in 2005.
Scene change: an American cast of rich widows, Jewish intellectuals and mendacious Hollywood types has replaced the glassy-eyed hippies, shabby hangers-on and poisonous gurus of Jhabvala’s earlier fiction. The stories in the present collection are divided into Indian and American tales; the in-between section, titled ‘Mostly Arts and Entertainment’, is set in the world of theatre and film, a world of “actors, financiers and con-men”.

A string of voracious emotional stalkers enact starring roles in Jhabvala’s version of show-time. In Talent, a homeless English waif with a singing voice, whose favourite line in Manhattan is “I’ve got nowhere to stay”, stages a stealthy takeover of the life of a lesbian theatrical agent in her ascent up the slippery slope; in The Critic, a feared film writer is driven by his ambitious mother into the arms of a wily Hollywood temptress who plots his literary downfall; and in Pagans, two wealthy sisters, complicit in a menage a trois, find unexpected solace in a dreamy, well-mannered young Indian—handy hotwater bottle rather than dishy toyboy—to fill up their empty, happy hours in Los Angeles.

Jhabvala deftly captures the gilded lives of the rich. The movie star’s New York penthouse is “self-enclosed, self-generating in columns of glass and lights...everything was mirrored and multiplied, glass within glass, soaring and spiralling up to the apex....” At an LA fundraiser, “the eighty-four tables crammed into that space seemed very much the same. Everyone sat there as in a burnished cast of wealth, of costly ornament.”

In a reversal of her earlier themes, where Westerners sought escape or fulfilment in India, diaspora Indians now inflict damage in the New World. The mysterious Dr Chacko’s otherworldly wisdom in The Teacher is an artful quest for worldly goods; and so deep are the tremors the beautiful half-Indian Krish in The Messiah causes in a movie producer, it upturns his direction completely. Perhaps one of the strongest pieces is A Lovesong for India: a requiem for the loss of Nehru’s idealism portrayed through the life of an IAS officer, charting his career from the 1950s to present times. Few political commentaries can match this parable of the corrupt decline in Indian public life. For it is the domain of the storyteller’s art to adhere to its overriding principle: Show, don’t tell.