National ‘We’ll Turn Any Anti-Incumbency Into A Positive Wave’

‘We’ll Turn Any Anti-Incumbency Into A Positive Wave’

“YSR was a tall leader; Jagan kept this affection alive in the bypolls. But sympathy for him won’t last for long.” 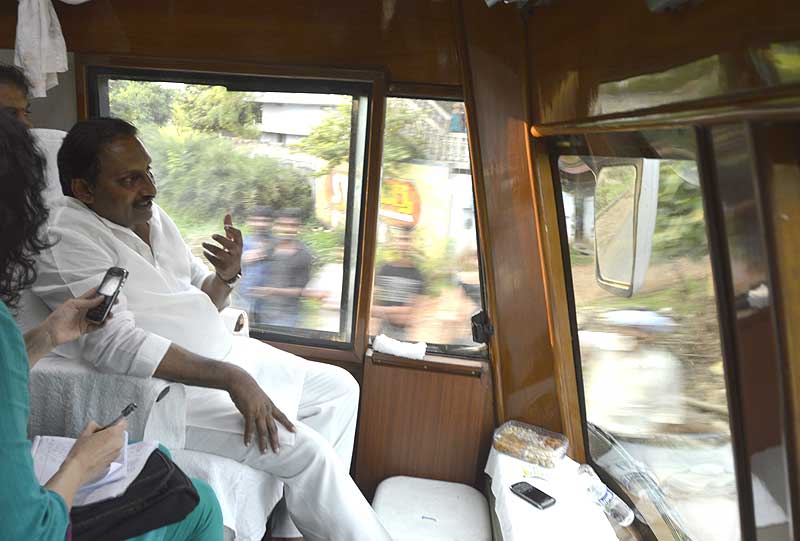 Ever since he assumed power in November 2010, Andhra Pradesh chief minister Kiran Kumar Reddy has been on the edge. Stalking him are internal party squabbles, the Jagan factor, scam charges against cabinet members, the Telangana issue and a constant refrain that his gaddi might be stolen. The CM, however, laughs off all the turbulence as a natural part of politics. Touring Krishna district as part of his pet programme Indiramma Baata, Kiran Reddy tells Madhavi Tata in an interview that he will lead the party to victory in 2014. His confidence is coated with a philosophical tone.

There are persistent rumours that you will be replaced as CM. Does that affect you?

See, you are calling them rumours. I don’t believe in rumours. I am a dedicated Congressman. I realise that nothing is permanent in life. So whatever post I am in, be it chief whip, speaker or chief minister, I try to do justice to my role.

You have been sounding very philosophical of late....

Outlook Web Desk / The BJP government has fulfilled every promise mentioned in the Lok Kalyan Sankalp Patra in 2017, he said and voiced confidence that the party' tally will cross 350 seats in the 403-member House in the 2022 assembly polls.