In an exclusive interview to Outlook, Lt Gen Bhatt speaks on a range of issues related to insurgency—from Pakistan’s proxy war, increasing number of Kashmiri youth being lured to militancy and on the need for the controversial AFSPA in the Valley. 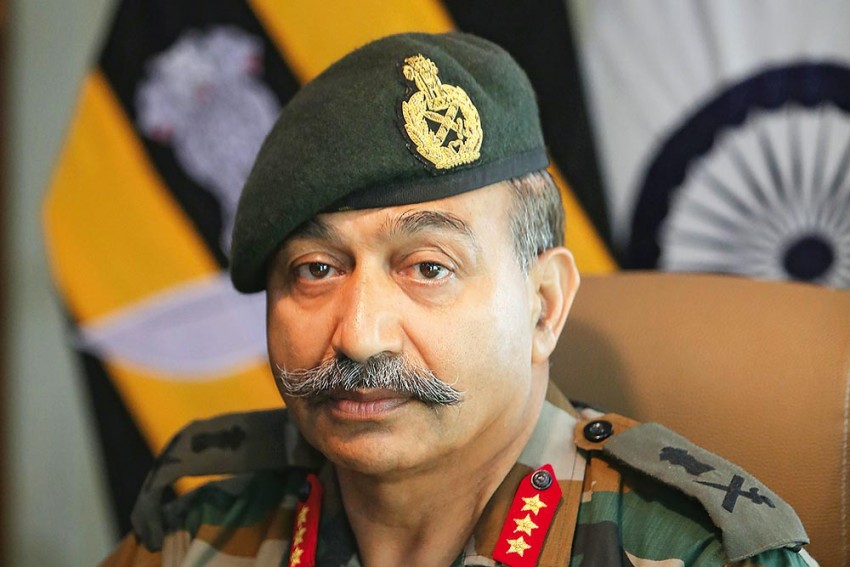 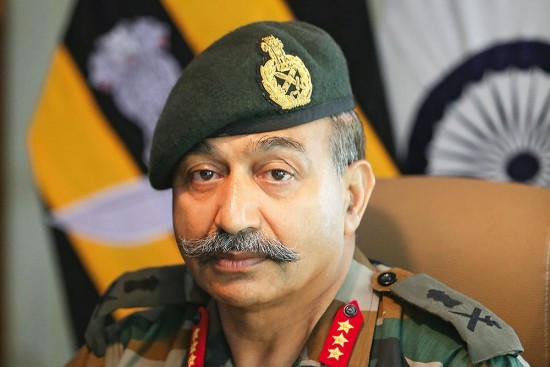 As the General-officer-Commanding (GoC) of the Indian Army’s Srinagar-based 15 Corps, Lt Gen Anil Kumar Bhatt is the man in charge of counter-insurgency operations in Kashmir. In an exclusive interview to Outlook’s Naseer Ganai, Lt Gen Bhatt speaks on a range of issues related to insurgency—from Pakistan’s proxy war, increasing number of Kashmiri youth being lured to militancy, civilian casualties during operations and on the need for the controversial Armed Forces (Special Powers) Act (AFSPA) in the Valley.  Excerpts:

How do you see the present security situation in Kashmir?

The situation in the Valley is stable, but fragile in certain areas. My main concern is over new local youth getting recruited (to militancy). My second concern is the stone-pelting, especially those agitations related to my counter-terrorism operations. In both cases, I see the challenge as alienation and radicalisation of our youth. By the time this generation realises that they have been played by Pakistan and the separatists, they would have lost their valuable time.

“By the time this ­generation realises that they have been played by Pakistan and the ­separatists, they’d have lost their valuable time.”

Other challenges in Kashmir are common to the rest of India: youth bulge, unemployment. But here, these problems are exploited through radicalisation. The more important task today is to eng­age Kashmiri youth and break this support ‘nexus’ that is radicalising them. Another big challenge is tackling social media platforms. The negativity spread through them is a dominant factor in misleading the youth and it is being ­exploited by our adversary.

Civilian killings are indeed a major concern for us. We have been advising that all civilians should desist from moving towards sites where operations are being carried out. Many times, our operations get delayed as we have to evacuate all locals who are inside a particular house. We make an effort to enc­ourage local terrorists to surrender and give up their weapons as well. We even try to get their parents to the site of operation to persuade them. We have not alw­ays been successful in it, but our effort is still on. We see a concerted attempt by terrorists and overground workers to incite young people to rush towards the site of the incident with a false belief that they will be able to rescue the terrorists.

North Kashmir has been by and large peaceful. However, certain pockets in South Kashmir continue to be volatile. Along the LoC, the ceasefire with Pakistan is holding. But infiltration attempts happen on a daily basis. Most of the att­empts, however, are eliminated or foiled.

Has the number of militants considerably gone down in the state since 1990? Can the present situation be compared to the ’90s?

There’s no comparison between the two. The present situation is what we should be concerned with. An overwhelming percentage of Kashmiri populace is in favour of normalcy. At present, there are an estimated 250 to 275 terrorists in the Valley, including fresh recruits. Many top terrorist leaders have been eliminated.

Why carry on with AFSPA? Even ­regi­onal political parties want it to go.

The security situation in the Valley has not reached the level where violence can be controlled by the law and order mac­hinery. Everyone agrees on this. In this situation, AFSPA, which is an enabling, bona-fide provision of law, has to be there. The Indian Army is among the world’s most disciplined armies. It tries to conduct operations in a people-­friendly manner. Only terrorists should fear AFSPA, not common people.

Is the army comfortable in doing ­INS­urgency operations in the state for such a prolonged time?

The army is an instrument of the Indian government. It has a solemn duty to ­ensure that national sovereignty and territorial integrity are not threatened. It’s not a question of choice, but of what the national interest demands. As soon as the situation becomes normal, the army will go back to the barracks, as we have done in the Northeast and in Punjab.

“ No conventional army wants to fight in the ­hinterland of their ­country. It doesn’t bring me down, if tomorrow, I have to pull out.”

I belong to a generation which saw Kashmir much before the ‘Kashmir problem’. I was here in 1984. We were deployed on the border. We will be very comfortable to go back to that. This perception that the Indian Army, since 1947, is here to control the people is wrong. We are there in all the border-states, be it Punjab, Rajasthan or Arunachal Pradesh. That’s how we were in J&K till 1990. In the initial phase of the ’90s, the BSF handled things. Srinagar is till today with the paramilitary forces. No conventional army wants to fight in the hinterland of their country. Being there gives us no gains and it doesn’t bring me down, if tomorrow, I have to pull out from here. And it’s not about me saying  it, it’s ­nati­onal policy. Even in Punjab, we pulled out as soon as the situation sta­bilised. We have reduced our footprints in Mizoram and Tripura and we’ll do so in other Northeastern states as the ­situation improves.

And in Jammu and Kashmir?

There was an opportunity in J&K a decade back to reduce the forces gradually.

So the Army was contemplating to ­red­uce forces in 2007.

By 2007, the level of violence had reduced to where we had an opportunity to review our deployment. But the situation deteriorated again. A new phase began in 2016, when the agitation dynamics changed. The new phase is a major challenge, because for any security force, the centre of gravity is the people, and if more people are involved in disruptive activities, it is more of a concern for us.

What are your views on the Ramzan ceasefire?  Why it was not extended?

The Ramzan ceasefire was a gesture of peace and goodwill from the Central government. It was more a suspension of operations from the side of security forces rather than from both sides.  It achieved its aim to the extent that it created the right atmospherics—civilian casualties were significantly reduced. However, terrorists continued with their acts of grenade throwing, firing on posts, bank looting and snatching weapons. Without any positive response from terrorists and separatists, the ceasefire had to be limited to the holy month.

How do you see the coming months along the LoC and in the hinterland? What is the solution for militancy?

The LoC ceasefire is a positive move.  But Pakistan is unlikely to stop pushing in terrorists who are waiting in launchpads, fully trained and indoctrinated to take lives, including Kashmiri ones. We will continue to neutralise all or a bulk of them at the LoC. In the hinterland, terrorists have been hitting soft targets. The new strategy of recruiters is to post photos of young boys with guns with the malicious intent of preventing any possibility of their return to normal life.

The security forces will continue to conduct intelligence-based operations to neutralise militants, while giving local militants an opportunity to surrender, whenever it is possible.

Do you think counter-insurgency ops should be left to local police and the central police forces as argued by some security experts?

It depends on the threshold of violence. When it goes beyond a level, the army has to intervene.

How is the coordination of the army with the other security forces?

A unified command is effectively working in J&K. There is absolute synergy bet­ween all the components of the security forces i.e. the army, police, the CRPF and intelligence agencies. All our counter terrorist (CT) operations are coordinated efforts. We are proud of the level of cooperation we have achieved here bet­ween various elements of the CT forces.

Some security experts say the fencing along the LoC has made the Indian Army defensive in its approach?

Infiltrations have not stopped, attempts are made every day from different places. It’s the vigilance of the troops which ­ensures incidents don’t increase. But the efforts of our adversary and terrorist ­organisations have not reduced.

We created an anti-infiltration fence between 2003 and 2004. The desirability, of course, was for zero infiltration, but that didn’t happen. However, the infiltration was reduced to a figure of a 100-odd  after 2004. That caused concern in Pakistan, which is now making an eff­ort to indigenise the Kashmir issue. Hence they are putting in efforts for local rec­ruitment through separatists.

And if we have to carry out any operation across, the fence doesn’t restrict us, either mentally or physically.

Swing On The Silk Route