We’ll Do Anything To Protect J&K’s Special Status: Mehbooba Mufti 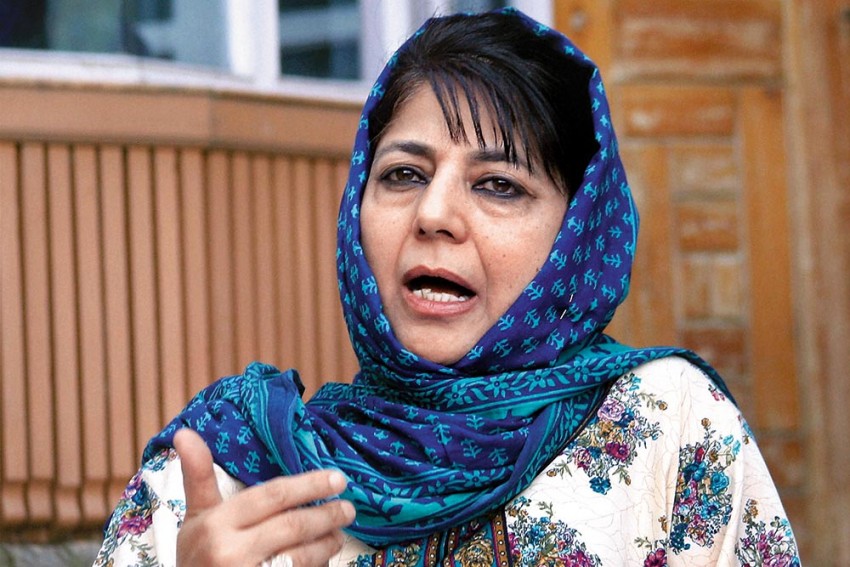 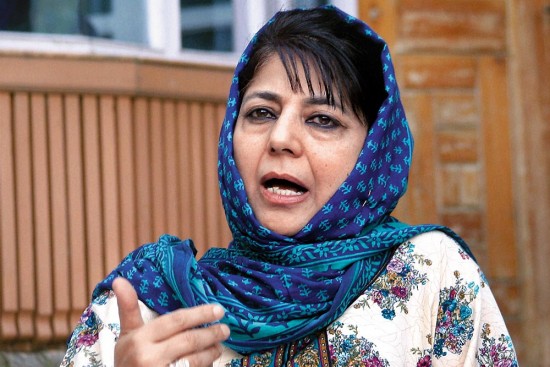 Some BJP leaders wanted to bulldoze the other three parties in Jammu and Kashmir—the Peoples Democratic Party, the National Conference and the Congress—making it necessary for them to form an all­iance, PDP president Mehbooba Mufti tells Naseer Ganai. Excerpts:

It looks like the grand alliance (NC, PDP Congress) came up in just one day….

The PDP was formed with an agenda. An important element of the agenda on whose basis we all­ied with the BJP in 2015 was to maintain status quo on J&K’s special status. After the break-up of the PDP-BJP government, certain measures were taken against the interest of the state—for example, diluting the status of Jammu and Kashmir Bank. The biggest worry, however, is over any tinkering with Article 35A. During my tenure as CM, I took up the issue with the PM and got an assurance that the special status won’t be fiddled with. But we feel it is not properly defended in the Supreme Court. Moreover, certain forces within the BJP were on a mission to bulldoze the mainstream parties in the state. All these factors brought us tog­ether. We thought we should bury our differences for the larger good of the state.

What about the allegation that the grand alliance was a grand conspiracy of Pakistan?

(Laughs) Well, I am thinking of approaching the court against those who levelled such allegations. When the PDP is with them (the BJP), it is alright. When Omar sahab (Omar Abdullah) was with them, he was the most nationalistic person in the whole country. And when we want to form the government among ourselves, we are branded Pakistani agents.

Why didn’t this grand alliance come up in 2015?

“First, money and then, as the last resort, the NIA was used (to coerce our MLAs to switch sides). One MLA was asked whether he wanted to go to jail for two years.”

Our party’s agenda is not only to form a government, but also to facilitate a political process. Mufti sahab (Mufti Mohammed Sayeed) facilitated the political process in his first tenure as CM (2002-05). That was when dialogue with the separatists was ini­tiated. Vajpayee-ji (Atal Behari Vajpayee) went to Pakistan. In fact, he extended his hand of friendship to Pakistan from Srinagar. That famous line of his, that you can change friends but not neighbours, was said in Srinagar. Then he also said he was going to resolve Kashmir within the ambit of humanity. He also talked about the breaking of barriers, which led to the opening of the Srinagar-Muzaffarabad and Poonch-Rawalakote roads. There were also two rounds of dialogue between the Centre and the Hurriyat Conference. But the confidence-building measures started by Vajpayee and Mufti sahab didn’t move forward. Nothing happened from November 2005 onwards, right up to 2015. So Mufti sahab wanted to restart what was left beh­ind a decade ago. He wanted the Centre to talk with the separatists and with Pakistan. You can’t talk with  the Hurriyat or Pakistan unless the Centre is ready. Most importantly, the BJP had won the ­majority of seats from Jammu in the 2014 polls. You can’t expect they will listen to you for starting a political process, while ignoring the Jammu mandate. Even now, when we got together, they didn’t allow us to form the government and dissolved the assembly. So ignoring Jammu’s mandate was not possible. If we had our own majority, then we could have formed the government on our own.

So the NC-Congress-PDP alliance was formed for political convenience….

It was for the common interest of the people. My father would always say Kashmiris have made so much sacrifice to achieve something more, but we have a constitution, special status and a flag, and our foremost duty is to protect what we have.

What would be the long-term impact of the NC and the PDP coming together?

We may differ in many things with the NC, but we will fight together to safeguard J&K’s special status. I have met Farooq sahab (Farooq Abdullah) and others, including from the Congress, to cobble up a united front for this.

People’s Conference leader Sajjad Lone says you are a dynast?

My father was not in power when I started my political career, or when I fought my first election in 1996. Starting like any ordinary person, I reached out to people everywhere. There is hardly any place in J&K where I haven’t been. Besides, it is Sajjad Gani Lone, not Sajjad Lone. He became People’s Conference chairman after the dem­ise of his father. It is like the pot calling the kettle black. People might disagree with me, especially after the PDP aligned with the BJP in 2015, but even our opp­onents know I have struggled hard.

You said certain agencies tried to ­coerce your legislators to switch sides….

First, money and then, as the last ­resort, the NIA (National Inves­tigation Agency) was used. One of our MLAs was asked whether he wanted to go to jail for two years or remain a minister.

In J&K, The People Vs A Fax Machine