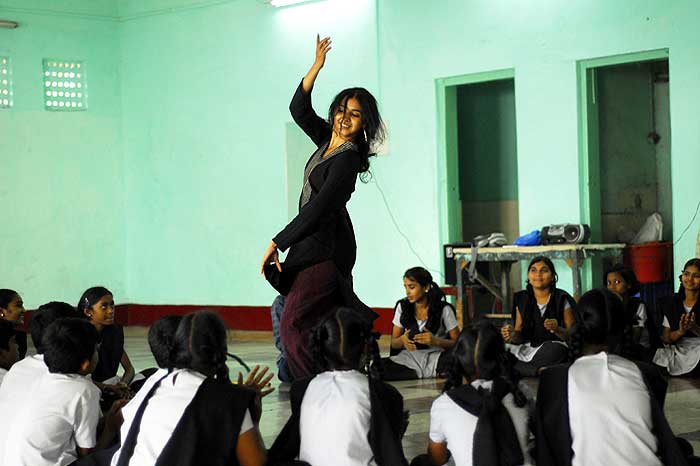 Classical singer Neela wraps her shawl a little tighter before breaking out into an alap at an open-air concert. It is the beginning of an enchanting evening with Kabir, the 15th century poet-seer whose words find expression in her voice. Only, she isn’t singing at Horniman Circle, in south Mumbai, or even Carter Road, in genteel suburbia. She is in Mankhurd, in an open-air ground usually reserved for marriages. The audience trickling in is from the surrounding slum, one which has seen six suicides in the last month and often witnesses communal flare-ups. It is a place that needs the soothing balm of Kabir’s words, and his focus on seeing the Divine in everyone. “They’ve never attended a classical concert or had a famous singer perform for them,” says Bhagwat, project coordinator with Yuva, one of the partners of the Kabir Festival in Mumbai.

The festival, with an inclusive format and for which entry was free, was held earlier this month. There were film screenings, live concerts, workshops and lectures held across the city, featuring an array of Kabir scholars and artistes. It was a stellar effort to bring Kabir alive for an audience in which many only knew him as the figure associated with the preachy ‘kaal karey so aaj kar’, or maybe through some bawdy or facetious versions of his dohas.