An identity, a window to benefits, the final frontier of inclusion that will transform lives 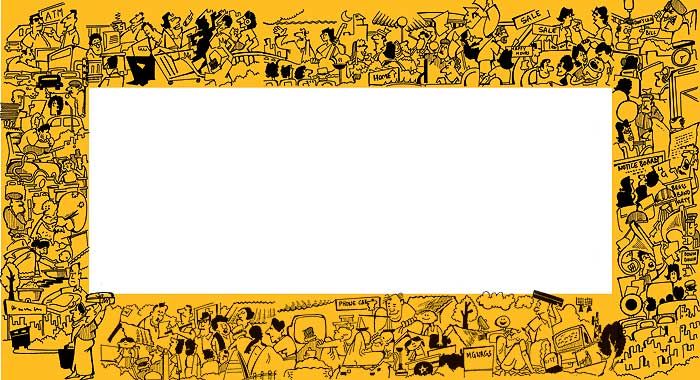 The writer Salman Rushdie once remarked that India is a country where ‘nobody is afraid of crowds, because here the crowd is the norm’. India’s population and crowds have, since its independence, dominated the country’s image to the point of stereotype—the ‘vast grey amoeba’ of India’s streets overwhelmed one traveller, and it was the object over the decades of aerial shots and fascinated description. It led economists and social scientists to erroneously predict either India’s political fragmentation—how, after all, could a centre in Delhi hold together such vast and diverse numbers?—or India’s decline by famine, due to its inability to feed its millions.

Rushdie’s remark, however, was not entirely true. The ordinary Indian may have been at home with the crowds in the streets, but for decades, within our economic institutions and governments, our engagement with the crowd, our ‘polyglot and polychrome masses’, was limited. Rather, India’s economic approach, in part due to the legacy of our colonial years, was limited by entry barriers and red tape for entrepreneurs and workers, and high costs for innovation and trade. This led to years of stasis, and regular outbreaks of demonstrations and strikes—of vast numbers of people banging on the gates, to be let in.

If we are then to sum up the shift in India’s approach over the years, it would be to say that the state increasingly embraced policies that acknowledged and tapped into our vast, prismatic human capital. This shift has underpinned our reforms—we de-licensed access to the economy, encouraging an influx of new, more innovative firms; we made it easier for individuals to do business, trade and transact. Our institutions—our trading markets, our banks—have become more inclusive and accessible. Our focus on improving infrastructure, through improved telecom access, the expansion of our road networks and the growth of our financial network has helped connect people across the country to our burgeoning markets.

As a result, India finds itself in an enviable place today: a country that is a defining part of the global economy, one that has witnessed two decades of rapid growth, driven by its vast population of young workers, by its restless crowds. The country’s ability to sustain such development, however, will depend on whether India can further broaden access to its economy in the coming decade.

Despite two decades of high, sustained growth rates—a record that has been virtually unprecedented in the world—what is perhaps the most compelling aspect of India today is the potential for growth that still remains in the country.

There’s plenty of evidence that India’s transformation has touched even the most rural parts of the country. Change here is of a smaller scale, not glamorous enough to make headlines—it is visible, for instance, in the transformation of rural schools and the increasing numbers of private-run schools; the interest among rural parents to educate their children; in the cellphone towers and easy access to prepaid mobile phone cards in kirana stores; the inflow of remittances from family members in cities;  the ‘can do’ attitudes of even the poorest and backward communities.

Nevertheless, growth in India is still, visibly, ‘dual track’, with the rapid transformation of urban India and the income growth of the middle class contrasting sharply with the rural country, where growth still remains an attractive but uncertain promise, and people’s aspirations are often cheek to cheek with their frustrations. Here, among the dust of the village and the faded wheat fields, it is difficult to comprehend the momentum of the Indian city.

The risk of being left behind

In the period when India experienced slow, near-stagnant growth rates, one humorous remark was that in India ‘everything proceeds at the rate of the slowest member’. The challenge today may be the opposite: that India’s breathtaking growth, combined with high rates of inequality, will leave too many behind and make the problem of our ‘slowest members’—lagging sectors and regions—an especially urgent one. In fact, in our rapidly expanding economy, inclusive growth thus becomes an even larger priority—else inequity left unaddressed means that the people left behind find themselves falling further behind every year, as the differences become too significant to overcome.

As the government has ramped up its efforts for more inclusive development, we have also examined the reason for our persisting divides more closely. Why has much of the rural economy seemingly hung back still more of a spectator to growth than an active participant? Why has migration to the city come to be increasingly viewed by the poor as the most certain way out of poverty? Why, even as India’s voters have thrown governments out when they’ve been unable to deliver on infrastructure, jobs and incomes, have we still struggled to make a real dent on poverty, and build the roads and provide the services that the poor need?

If we cannot empower people through ‘personhood’, caste, regional groups will come to the fore.

The government in the last few years has worked to address these inequities through more ambitious welfare efforts—the nregs alone now accounts for a substantial part of the budget. This has had a significant impact—the scheme has helped address the lack of employment in rural India outside the agricultural season, and reduced distress migration to the cities. Programmes such as Sarva Shiksha Abhiyan and Janani Suraksha Yojana have similarly worked to improve the lives of especially vulnerable groups—that of women and children. However, the implementation constraints that these programmes have faced, as well as the limitations of market expansion in rural India, have compelled the government to focus on the far more fundamental challenges that separate the poor and the non-poor in India, and the rural and urban.

Earlier this year, a group in Uttar Pradesh, who called themselves the Mritak Sangh (the Association of the Dead), banded together to send an MoU to the President of India, demanding a restoration of their identities. The group represents residents who had been declared dead by relatives so that their assets and land could be collected. Many of them had since struggled with local administration to establish their identity and reclaim their assets. The Mritak Sangh represents the extremes of a fundamental challenge for much of the poor: an inability to clearly establish their existence and identity.

The lack of clear identity verification makes it easy to deny welfare benefits and entitlements to poor beneficiaries, and instead diverts it to numerous fake and duplicate beneficiaries. High costs of verifying identity, for example, mean that access to bank accounts for the poor has been highly constrained. Banks cannot overcome the challenges of distance and high infrastructure costs in rural India by providing remote services, since it is not possible to verify identity of the poor remotely.

Their anonymity means that much of the formal economy, and formal services, are closed to the poor—organised sector employment, financial and insurance services, formal housing, the use of utilities, and so on. It places a ceiling on inclusive growth by limiting access to markets, and diminishing the effectiveness of India’s welfare efforts and its social investments.

It is in this context that the Unique Identification project comes into focus. The government hopes, through this initiative, to issue a unique identification number (Aadhaar) to every resident in India over the next decade, with a particular emphasis on the poor. Such an identity infrastructure could be a lifeline to the underprivileged, throwing access to a multitude of services wide open. The Aadhaar number would, for instance, improve the access of the poor to welfare benefits, since authentication of identity through the number would enable the government to clearly verify whether the person has received the benefit. It would enable banks, insurance, information and other agencies to verify identity and serve the poor remotely, and provide services through existing local infrastructure, such as self-help groups with mobile phones. Such access would give the poor the tools they need to save, guard against devastating events, and grow their incomes.

The advantage for Aadhaar is the wave of technology that has preceded it, in the penetration of mobile phones. Access to the cellphone, which transformed connectivity for the poor, has helped emphasise the positive value of technology to ordinary residents across the country; it has served as a testimony that new technology and new models of growth can be empowering. Linked with Aadhaar, such technology would help bring the real fruits of development—including low cost, innovative delivery models, self-service and empowered customers—to the villages. 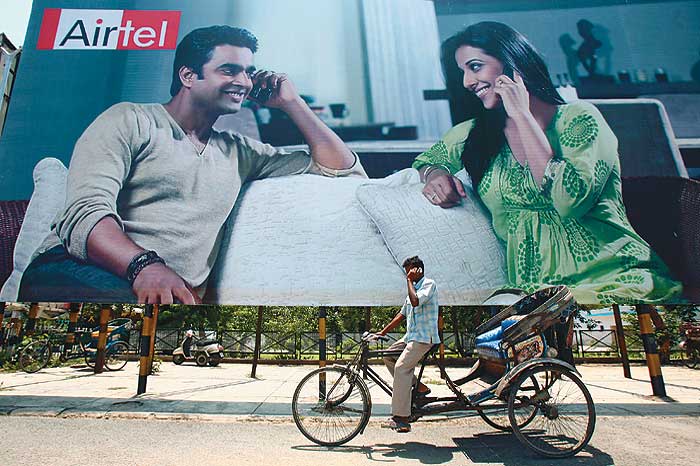 Calling home The cellphone, which transformed connectivity, has helped in imparting the empowering values of technology to the most ordinary citizens across the country (Reuters, From Outlook, August 26, 2010)

For some time, commentators have noted that the poor in India ‘have the vote and little else’. Nevertheless, this widespread access that now exists to voter identity cards is testament to the power that basic recognition can have. Access to electoral power has allowed the poor to elect governments and political parties that are more aware of their concerns, and recognise their aspirations. Identification that similarly guarantees access to finance, education, healthcare and welfare programmes would empower the poor in the same way, making these services more accountable, inclusive and responsive to their needs.

Every generation likes to view itself as uniquely different, and more ambitious than the last. Nonetheless, there are particular generations that, more than others, help define the future trajectory of nations. In Britain, the generation of the late 1700s drove the Industrial Revolution and helped ensure British dominance over the world economy in the ensuing years; in the US, the rise of the post-wwii baby boomers drove industrial growth, incomes and booming consumerism through the 1970s and 1980s. These generations essentially defined the developmental ethos of these countries, and set them on paths to growth which, once embarked on, were difficult to deviate from.

In India, the current generation is a similarly pivotal one. We are at a decisive moment in India’s growth, when our development is at a crossroad, even as we stand at the cusp of a massive demographic dividend. While we have embraced an inclusive model of growth in our beliefs and our policies, we are yet to clearly map how we will implement this. The clear recognition of individual identity will, however, be fundamental to our efforts. Across the country, people are now restless to access the fruits of growth by what means are available; the impatience is clear in the increasing levels of aggression we see among the youth in many parts of India, as violent movements hire from among the many unemployed, frustrated young men to foment unrest and incite riots. If we cannot empower individuals through their individual identity—acknowledging their basic personhood in the eyes of the state, and clearly providing them with the rights, benefits and resources that are their due—we will see attempts to gain access in other ways, such as through the group-based approaches of caste, region and religion, and worse.

By providing clear recognition to every individual, we pave the way for the recognition of rights and benefits that is not narrow and based on exclusionary groupings. This is thus the final frontier for inclusion, where access is based not on community, groups or even households, but on personhood. Aadhaar suggests the possibility for a more modern national consciousness—where the identity that individuals are most aware of is a secular one.

(Nilekani is chairman, UIDAI. The views expressed here are personal.)

Must We Dream Of India In English?