Some essays are entirely based on newspaper reports; others are hardly held together by a single theme ... the idealisation of Vallabhbhai Patel does not carry conviction. 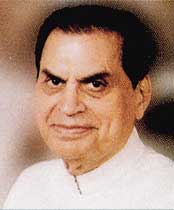 Communal Rage In Secular India
By Rafiq Zakaria
Popular Prakashan Pages: 247; Rs 350
This collection of essays is the self-portrait of a scholar-politician—industrious, sensitive and a little idealist—with an honesty of purpose and a vision of how Indian society should be organised. Although there is nothing new in analysis or detail, this work is important for removing the cobwebs that bedevil Hindu-Muslim relations in India.

Rafiq Zakaria views the post-Godhra "Hindu rage" as "a weapon of extermination" of a minority, and reflects on the growing threat to our secular and democratic arrangement. He goes on to conclude, however, that the Gujarat episode has yet to destroy "the broad humanism which has been the basis of our existence for thousands of years". On this basis, he foresees a revival of secular feelings, especially because, as he says, "India can never be fascist as happened in Germany, Italy or Spain." One can only say. "Amen, Amen!"

A short work of wide compass cannot escape imperfections. Some essays are entirely based on newspaper reports; others are hardly held together by a single theme. The comparison of Shivaji and Swami Vivekanada is incongruous. It is news to me that the 17th century Maratha ruler reflected a "liberal outlook", and that his career advanced the cause of universal brotherhood. I have learned my history differently. Likewise, the idealisation of Vallabhbhai Patel does not carry conviction.

Lest it’s forgotten, Patel and his right-wing colleagues in the Congress masterminded the Hindutva project after independence. They tolerated particularistic affinities when confined to the private sphere, but rejected it as a basis for both legal rights and status as a principle of state policy. The very vocabulary upon which to articulate and negotiate claims for cultural and political recognition—’minorities’, ‘communities’, and ‘pluralism’—ran contrary to their notions of nation, citizenship, equal rights, and social equity.

There is much that is tendentious in Zakaria’s approach but it reflects the anxieties of a scholar wedded to a secular state and society. The final essay, What should Muslims do? is a wise and learned piece, from the well-chosen Urdu verses and quotations to the closely-argued conclusions.